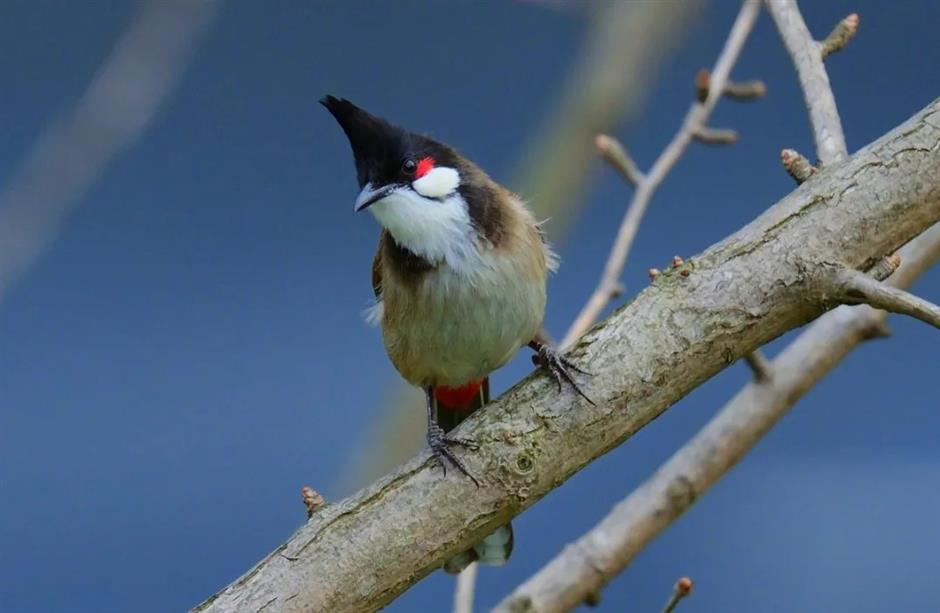 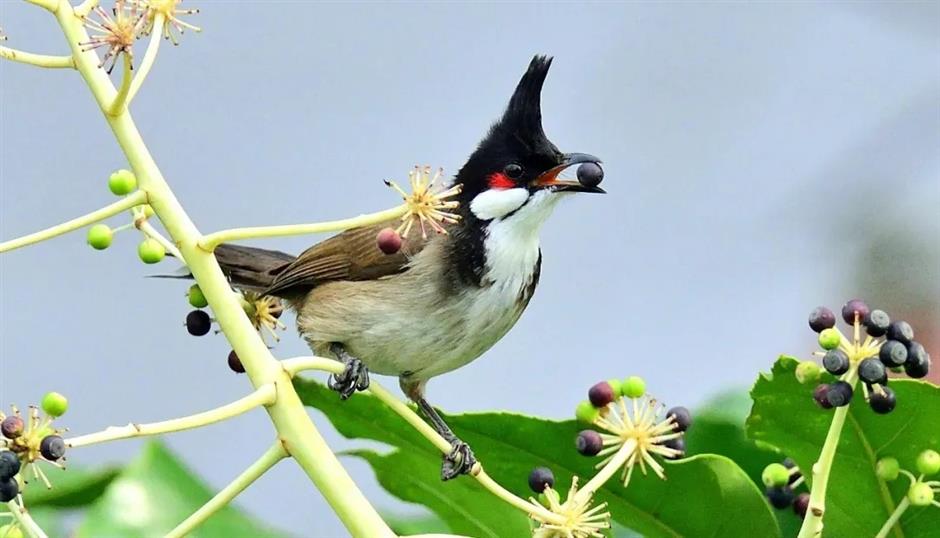 A new bird species has been making Shanghai its home, the city's wildlife protection station announced on Friday.

The red-whiskered bulbul has joined the city's list of "resident bird" species after establishing itself at several local parks, according to the station affiliated with the Shanghai Greenery and Public Sanitation Bureau.

The bulbul is mainly found in Southeast Asia and South China. The species has also been introduced into Australia, North America and Mauritius, with stable colonies established in those places, according to the station.

The bird has a tall pointed black crest, a red face patch and thin black moustachial lines. The tail is long and brown with white tips. The bird is also admired for its brilliant feathers and pleasing tweet.

Beginning in 2009, the birds were spotted in Shanghai Zoo, Paotaiwan Wetland Park, Shanghai Botanical Garden and Caoxi Park, and it is speculated that some were released or escaped from cages, the station said.

At first, it was not known whether the birds would survive in Shanghai, yet after a decade, a small colony of the species has formed in the city, making it a new "resident" along with four other commonly seen avian species — the light-vented bulbul, Eurasian blackbird, spotted dove and sparrow — the station said.

Dozens of red-whiskered bulbuls were recently observed at Shanghai Expo Park in Pudong New Area, which has lush bushes and reed wetland, providing a perfect inhabit for birds, the station said.

They are also seen in other green spaces and parks in Shanghai, according to the station.

The pleasant climate, lush greenery and good water quality in Shanghai provide favorable conditions for the birds, the station said.

Some migratory birds like the Eurasian siskin and Daurian redstart can also be observed in the city, the station said.