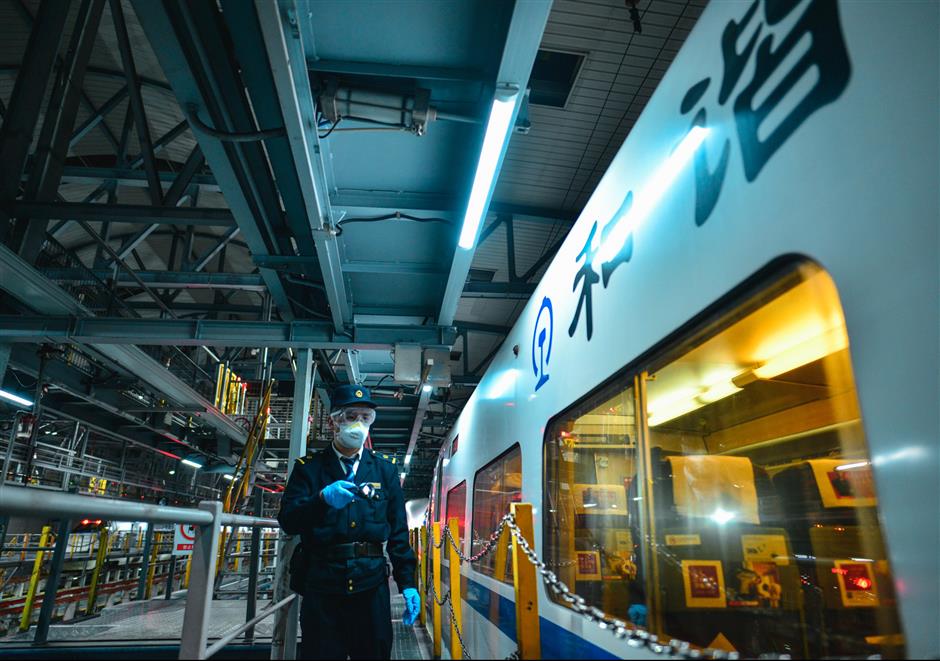 A mechanic checks a high-speed train at Hongqiao Railway Station. 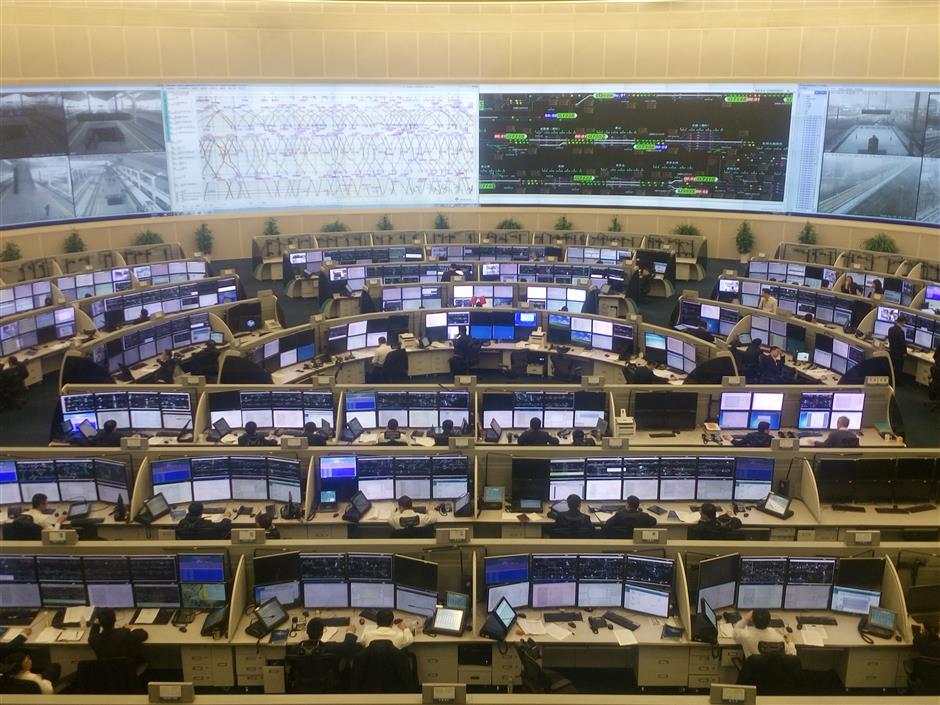 An estimated 4.05 million passengers are expected to travel by train in the Yangtze River Delta region during the Qingming Festival holiday from April 3 to 6, China Railway Shanghai Group announced on Wednesday, a 155 percent increase compared with the same period last month.

Most will be people visiting families and tourists, the group said.

The Yangtze River Delta region sections of the Shanghai-Beijing, Shanghai-Nanjing, Shanghai-Hangzhou, Ningbo-Wenzhou, Nanjing-Anqing and Hangzhou-Huangshan high-speed rail network are expected to witness the largest increase in passengers, the group said.

The peak is expected on April 4, the day of the Qingming Festival, with about 1.2 million passenger trips estimated, the group said.

More than 1,300 train services will operate in the region daily during the holiday, including over 990 high-speed trains, according to the group.

The number of services from Shanghai to cities in the region such as Hangzhou, Ningbo and Suzhou; from Hangzhou to Jinhua, Huangshan, Nanjing and Hefei; from Nanjing to Xuzhou, Nantong, Anqing and Wuhu; and from Hefei to Fuyang, Wuhu, Anqing and Lu'an will return to normal during the holiday to satisfy demand, the group said.

All rail passengers will be required to have their temperatures taken and avoid gathering.

Some railway stations will increase the number of temperature checking channels to speed up checks and prevent gatherings.