Shanghai Airport Immigration Inspection Station opened a special rapid-service channel on Thursday morning for a flight arranged to pick up overseas Chinese students in the UK.

At a daily news briefing of the Ministry of Foreign Affairs on Wednesday, spokeswoman Hua Chunying said the ministry would arrange temporary flights to the UK on Thursday to pick up overseas Chinese students who need to return to China.

After receiving notification, the inspection station organized a plan to support such flights. At 7:30am, the officers helped two medical workers from Xinhua Hospital to complete procedures required to exit the country and allowed them to use the special channel. Following them were 24 crew members for the flight.

According to the inspection station, the flight will return at 11:50pm on Thursday and is scheduled to arrive in Jinan City, Shandong Province, on Friday to enter the country.

Liu Xiaoming, Chinese ambassador to the United Kingdom, earlier said in a television interview that there are now more than 220,000 Chinese students studying at 154 universities in the UK and over 1,000 British primary and secondary schools have Chinese students. 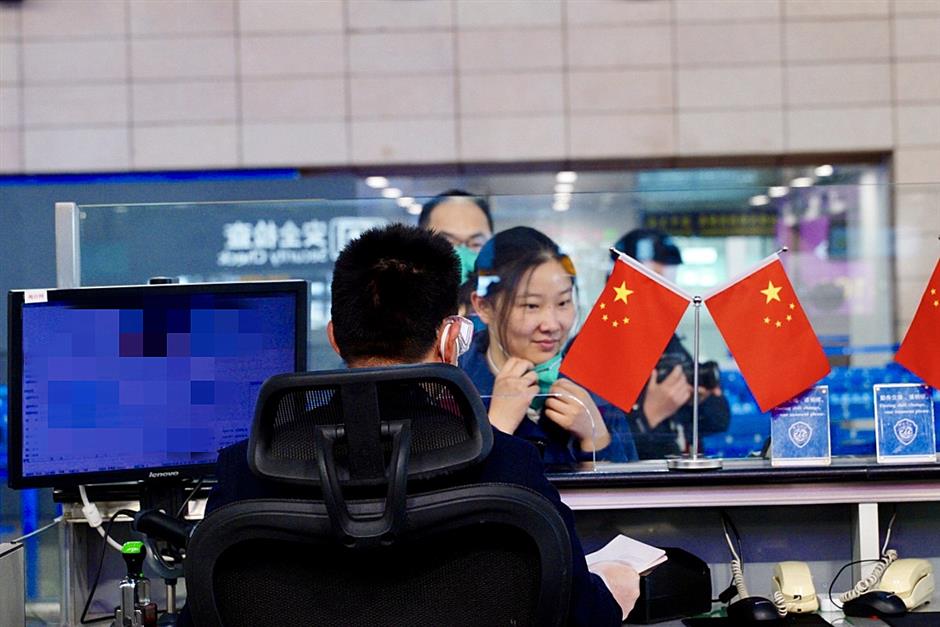 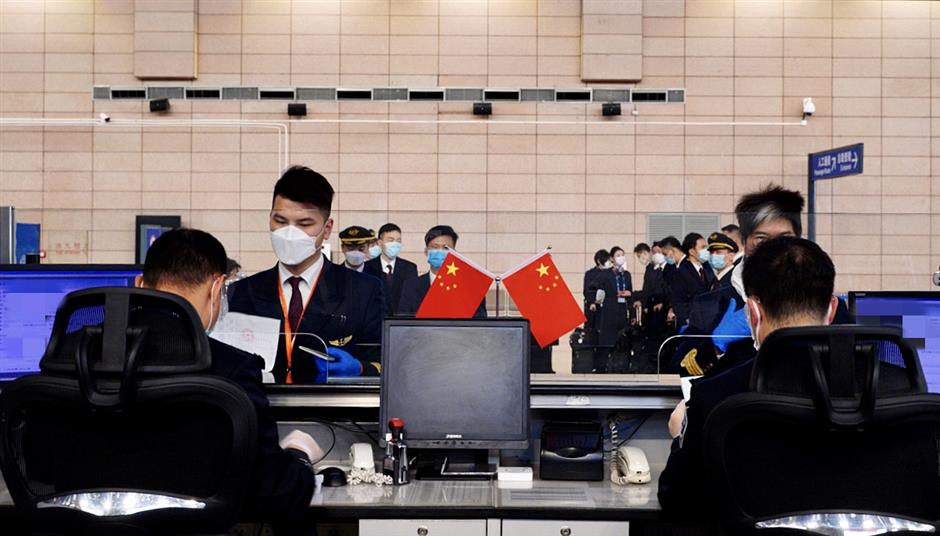 Inspection officers help crew members of the flight with a quick exit.