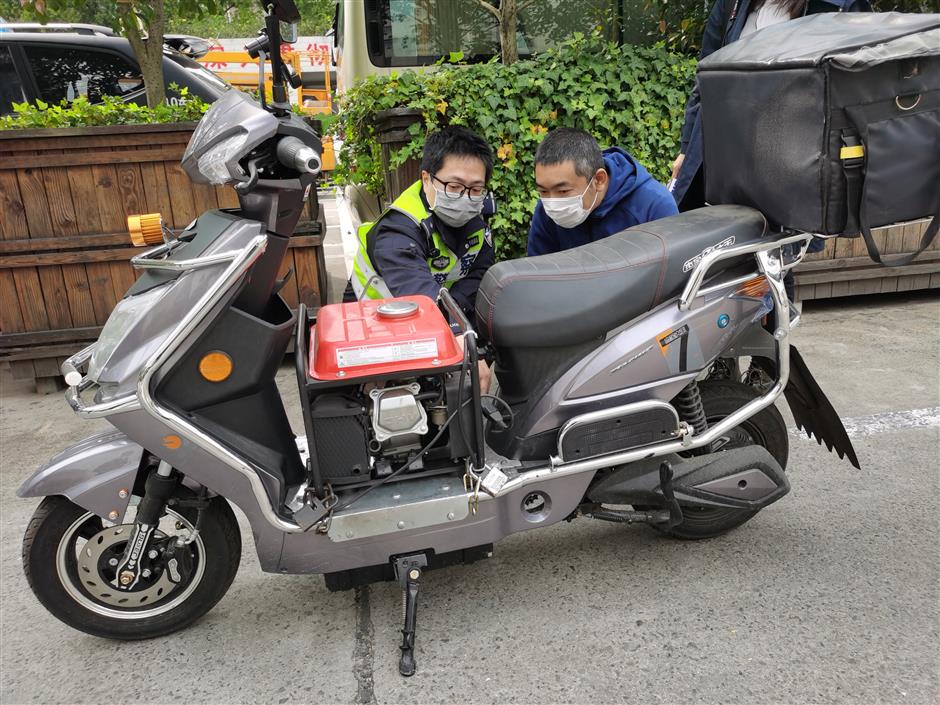 A man was detained for five days after police found that he had refitted his e-bike with a generator, authorities said on Monday.

The man, who works as a food deliveryman, was stopped by a police officer in Changning District at the intersection of Tianshan and Weining roads at 4:30pm on March 27 after his e-bike exceeded the stop line at a traffic light.

The officer then heard some “roaring noise similar to an engine,” and found that there was a power generator attached to the e-bike.

The driver, surnamed Liu, then allegedly admitted that he purchased the power generator online and connected it with his e-bike's battery to give it more power, and that he also had a 2-liter fuel tank under his seat to power the generator.

For refitting his e-bike, Liu had his e-bike temporarily seized by the police and was ordered to return it to its original state. For carrying fuel in his e-bike, he was detained for five days for illegally transporting a dangerous substance, police said.

Police warn that refitting e-bikes, which is usually done to give them more power, creates a risk of causing traffic accidents. Such retro-fits usually involve exposed electrical wires which can easily cause electric injuries for riders in bad weather.