City's fight against COVID-19 to be remembered 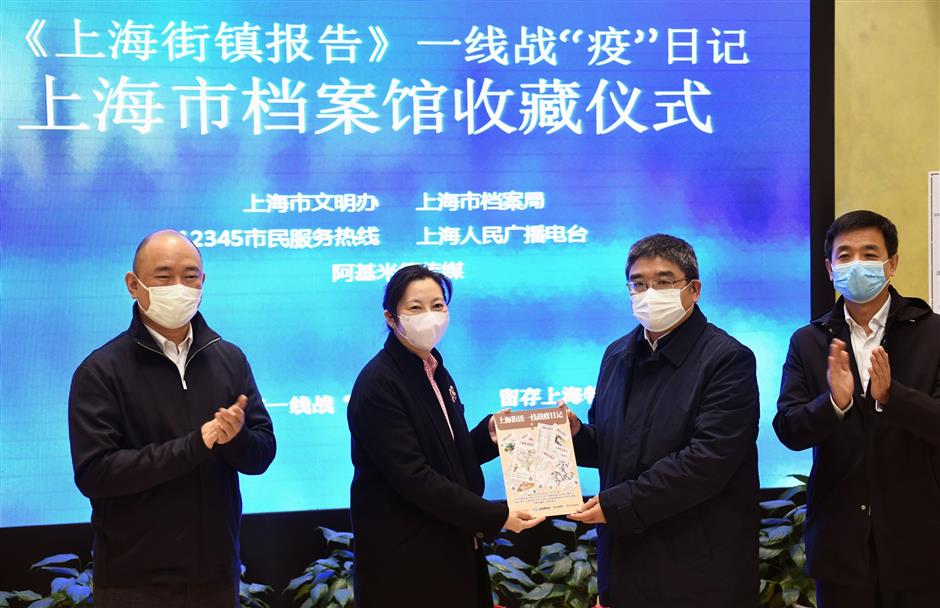 Xu Weiwan (second from left), curator of the Shanghai Archives, receives the "Shanghai Subdistricts and Towns Report," which records the city's prevention efforts against the COVID-19 outbreak, on Tuesday.

The Shanghai Archives collected its first batch of documents on Tuesday recording how the city fought against the novel coronavirus outbreak.

More materials about the prevention campaign are being solicited from the public and other sources.

About 4,000 artifacts, including written records, photos, manuscripts and objects, have been donated to the local archives so far.

The efforts of local residents, security guards, cleaners, doctors and nurses, volunteers and community staff are recorded in these documents. They were collected jointly by the city's spiritual civilization office, 12345 citizen service hotline and radio stations.

"These documents are the historical memory of Shanghai during this special period," said Xu Weiwan, curator of the Shanghai Archives.

"The pandemic will be defeated eventually, while the photos, videos, audio tapes, manuscripts and materials will become precious records," Xu said. She asked local district archives to collect and protect these documents as much as possible.

Many entry certificates issued by local subdistricts and towns have also been collected and were displayed at the archives on Tuesday. The certificates were issued to residents to ensure those from outside Shanghai registered with neighborhood committees or received home quarantine. 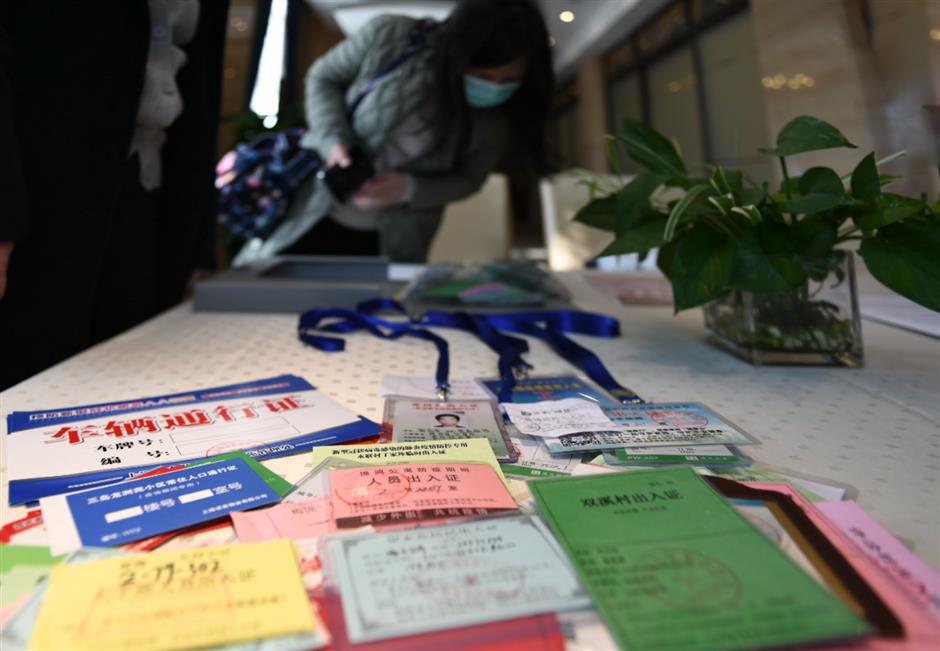 Entry certificates issued by local subdistricts and towns for COVID-19 prevention and control are displayed at the Shanghai Archives.