Inflight meals to be sold in supermarkets 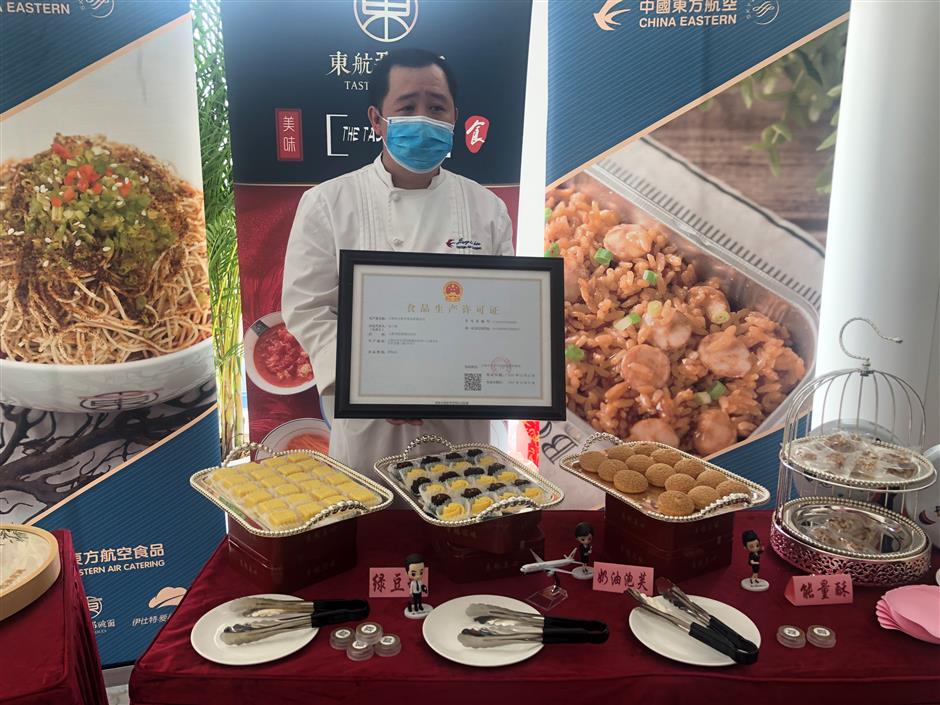 Changning District issued China Eastern Airlines with a certificate on Wednesday that allows the local carrier to sell its infight and VIP lounge meals outside the city's airports.

The district’s market supervision bureau presented the food manufacturing certificate to Eastern Air Catering so its products can be sold at local supermarkets or restaurants.

The company has been supplying inflight meals to many Chinese and Asian Pacific airlines since the 1980s. Some 80 percent of the meals for flights at Shanghai's Pudong and Hongqiao airports are made by the company. It serves about 140,000 meals for China Eastern and other carriers daily.

However, since the coronavirus outbreak, domestic carriers have simplified their meals in the air to prevent the spread of the virus. Meals with rice or noodles have been replaced by bread or snacks.

To lessen the impact of the pandemic and expand its business, the food company applied to shift its service from air to the ground, according to the airline.

After receiving the food certificate, Eastern Air Catering also become the first Chinese company with food certificates from the customs and the market supervision authority.

Previously, the company’s Shanghai Customs certificate allowed it to operate within the city's Pudong and Hongqiao airports as well as on domestic and international flights.

To meet new standards, the food company said it had renovated its manufacturing workshop, streamlined its cooking process, purchased new equipment and launch training for its chefs and employees.

It passed inspections by the Changning market watchdog on March 25.

Its first batch of products includes noodles being served in the airline's VIP lounge as well as vacuum-packed meals.