Shanghai's green account scheme, under which points acquired by sorting and disposing of garbage in the correct bins can be redeemed for gifts, will be adjusted with social encouragement replacing real items.

The green account scheme was launched in 2013, with items such as milk, soap, toothpaste, phone cards and utility bill payments offered to reward good trash sorting by residents.

Such gifts will be replaced by service and honor motivations in most cases, while financial support from government authorities for the scheme will gradually cease, a notice by the Shanghai Greenery and Public Sanitation Bureau states.

The practice aims to spur people's sense of honor and pride from involvement in garbage sorting, the bureau said.

The public and companies are also encouraged to acquire points by fulfilling certain steps.

These include dropping recyclable trash or hazardous trash at designated spots for individuals, and reducing the use of disposable office items including paper cups and dishware.

Monitoring and assessment of green account related practices will be enhanced, the bureau said.

By the end of last year, Shanghai's green account had registered more than 6.5 million users.  Among them, 782,600 were active users. All users had acquired more than 3 billion points.

The bags will prevent sanitation workers from becoming infected with the coronavirus.

People can apply via the WeChat account of the Shanghai's green account for free bags. Neighborhood committees, enterprises, schools and property management operators will be given priority. 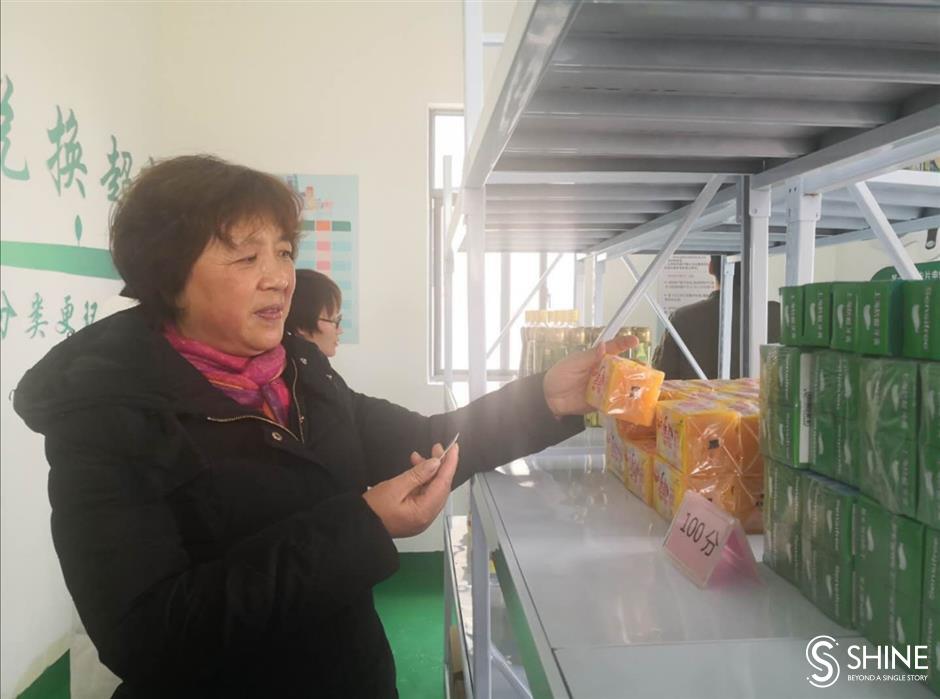