Cultural and tourism authorities from Ningbo, in neighboring Zhejiang Province, have stepped up efforts to fuel the city's tourism recovery.

They have launched direct tourist buses between Shanghai and Ningbo, signed cooperation agreements, and are offering tourism incentives in Shanghai.

A total of 60,000 coupons worth 1.8 million yuan (US$255,970) offering half-price admission to seven tourist attractions in Yinzhou District in Ningbo are being distributed to Shanghai residents, the Ningbo Bureau of Culture, Radio, Television and Tourism said.

Direct tourism buses between Shanghai and Ningbo will be operated on weekends, the bureau announced. 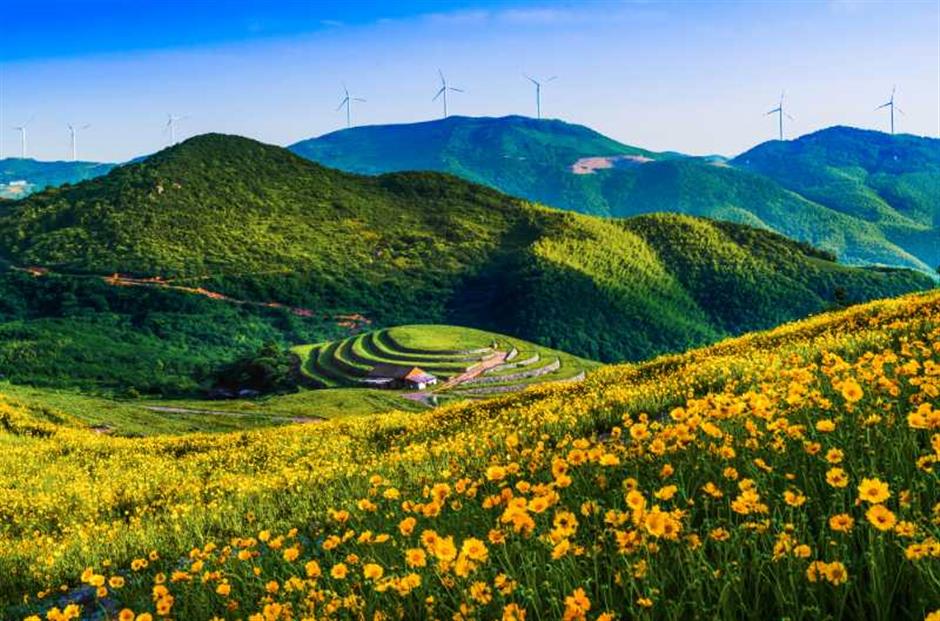 Yinzhou District is known for its scenic landscapes.

New itineraries for Yinzhou and Dongqian Lake centering on self-driving, MICE, countryside tourism and health care were revealed in Shanghai, and Ningbo's intangible cultural heritage such as Ningbo silver embroidery and ceramic ware made of Dongqian Lake mud were displayed.

A number of cooperation agreements between the Yinzhou District Bureau of Culture, Radio, Television and Tourism, the operator of Dongqian Lake tourism resort, and travel agencies in Shanghai were inked.

Ten cultural and tourism projects under development in Ningbo, such as Damei Mountain ecological and leisure project and Tiantong health care base, were unveiled in Shanghai. Investment is being sought.

Cooperation between Ningbo and Shanghai is important in promoting the early resumption of tourism, the Ningbo Bureau of Culture, Radio, Television and Tourism said. 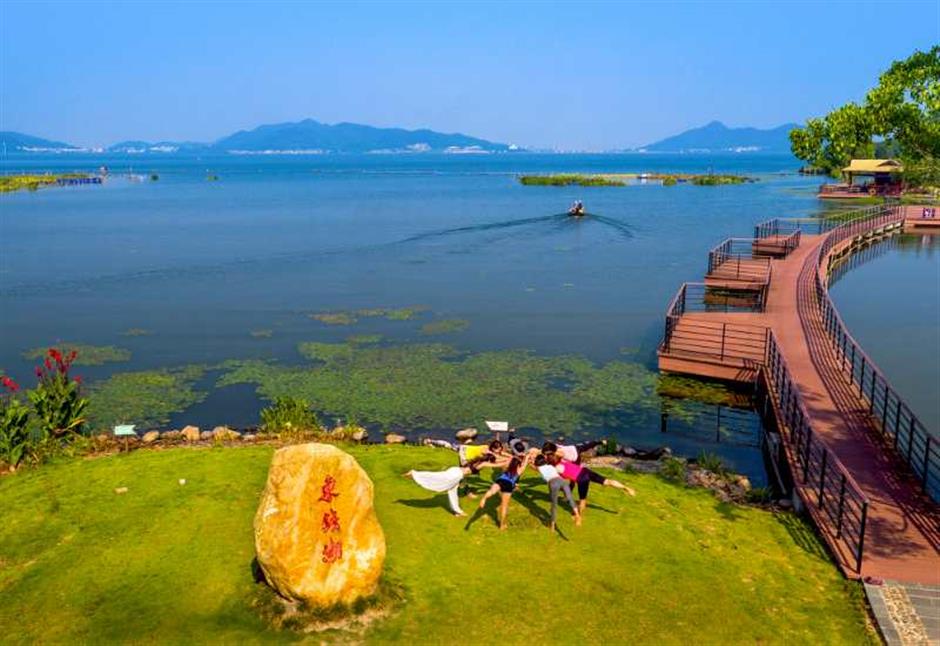 Dongqian Lake is ideal for relaxation.