On the buses for Line 71's visitor highlights 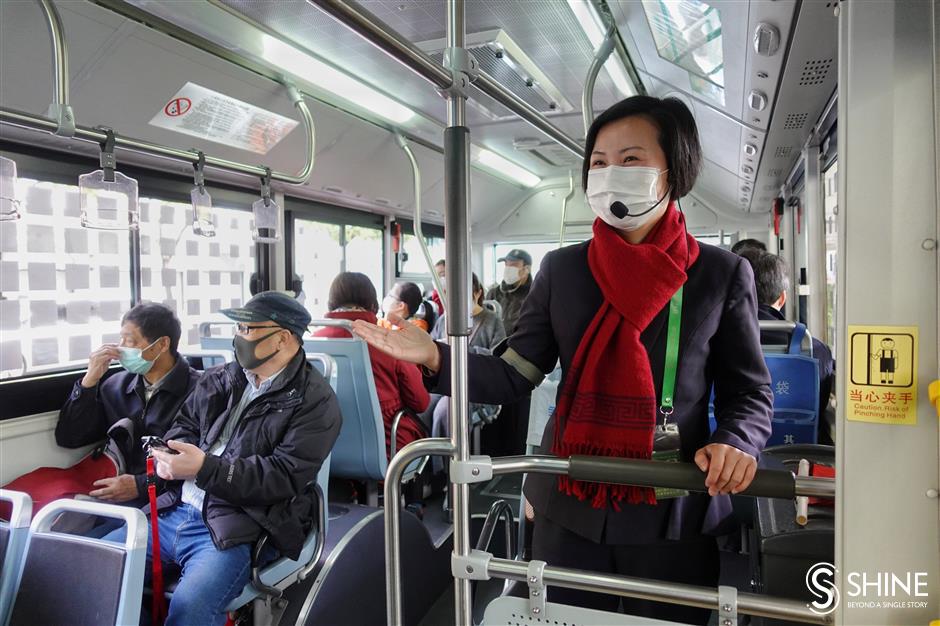 Commuters on Bus Line 71 now enjoy a tourism commentary care of their conductor.

Line 71 bus conductor Yang Jing is the first to take on the extra duties of tourist guide.

In addition to her job of coordinating and providing information, Yang now shares her knowledge about tourist destinations along the route.

Launched in 2017, Bus Line 71 shuttles between the Bund and the Shenkun Road transport hub near Hongqiao International Airport. It reported a daily passenger number of 52,000 last year, the highest among all the bus lines in Shanghai.

Thanks to Yang, passengers can now learn about the historical background as well as the opening hours of destinations along the route, including the site of the First National Congress of the CPC, the former residence of Soong Ching Ling, the Shanghai Museum and Shanghai Exhibition Center.

Yang, with the assistance of veteran driver Fang Jin, have been preparing since last November, putting their notes into a “travel guide” after having explored all the 24 stations of Line 71. Yang now provides her informative talks six times a day. 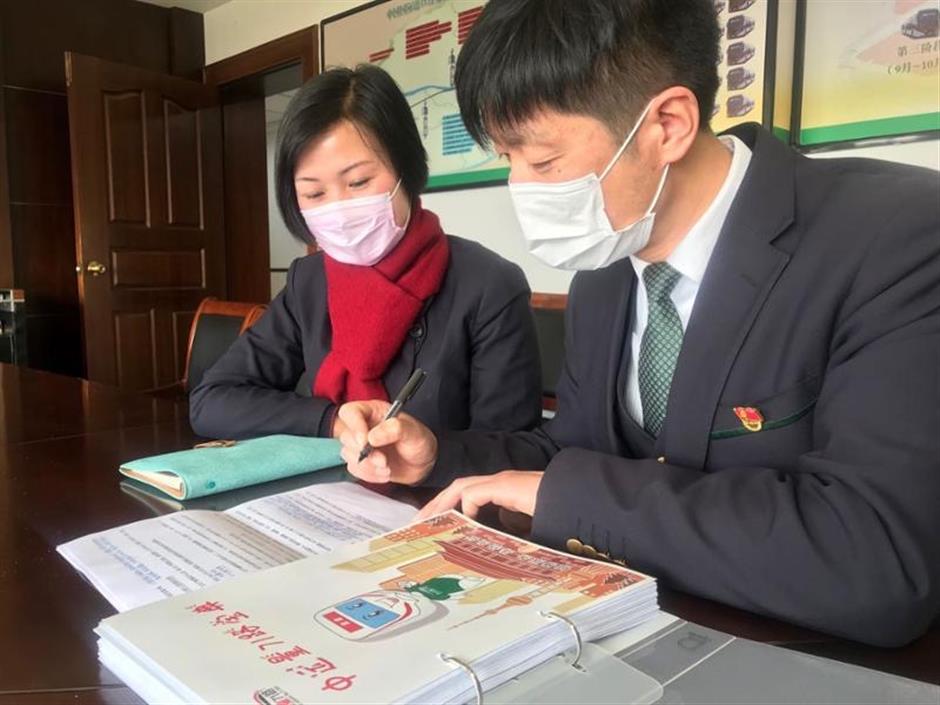 “The idea occurred to us when lots of travellers and exhibitors asked us about these tourist attractions during the China International Import Expo last year," said Yang. "I felt a little ashamed of not knowing about these places along the route."

It was a challenging task for Yang at first, as she had to slip the new briefings in between usual operations, as well as maintaining the appropriate volume.

The new service has received warm support from passengers, some even sharing their knowledge about several locations. These were later included in Yang’s script.

“It’s really sweet for bus operators to provide this service," said a local passenger who takes the bus frequently. "Pieces of information are fresh and enriching, which I think is a good way to tell the Shanghai story."

According to Shanghai Jiushi Bus Group, the tour guide service is expected to cover all the buses of Line 71 by the end of this year, with consideration given to adding a bilingual version.