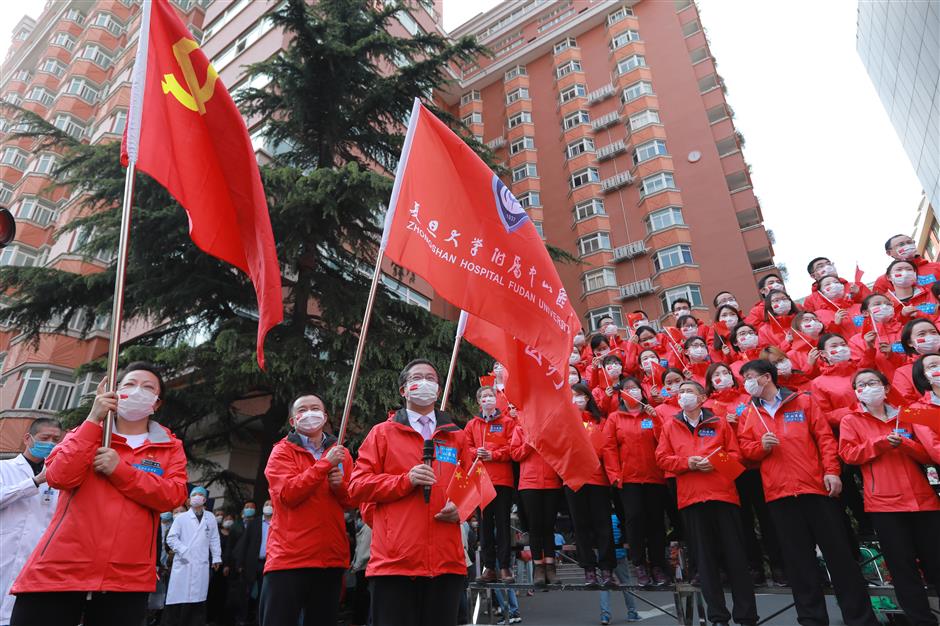 The 136-member medical team celebrate their release from quarantine following their service in Wuhan. 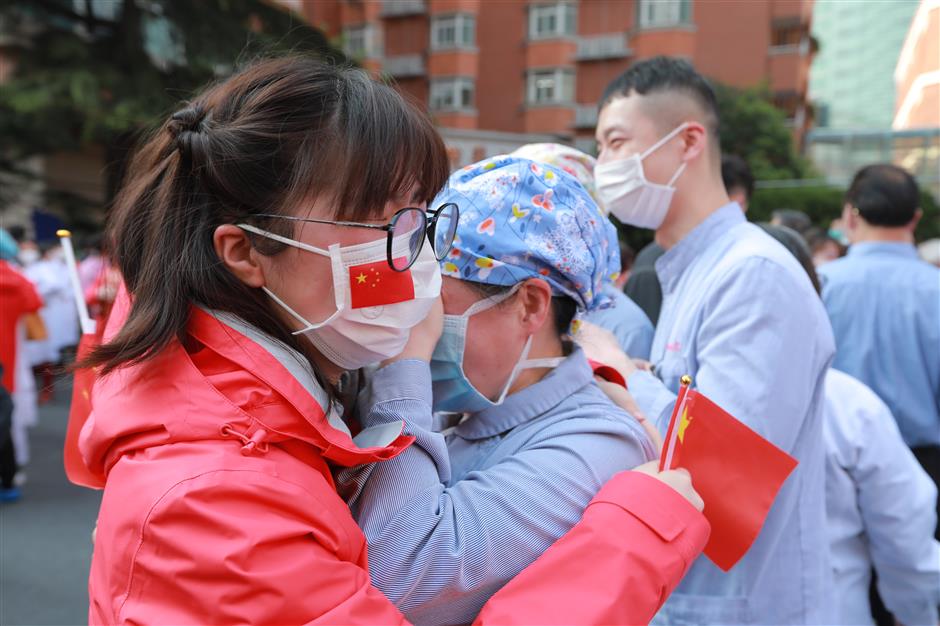 A medical team member is reunited with a colleague at Zhongshan Hospital.

A team of 136 medics from Zhongshan Hospital were released from 14-day quarantine after their service Wuhan, the former epicenter of the novel coronavirus pandemic. They reunited with their families, friends and colleagues on Wednesday.

They left Shanghai on February 7 to take over two intensive care units at the People's Hospital of Wuhan University. By the time they left Wuhan on April 1, they had treated 152 coronavirus patients, 119 of whom had recovered from the disease.

The team became famous after an 87-year-old COVID-19 patient was pictured watching the sunset from his hospital bed with his doctor standing alongside. The doctor, Liu Kai from Zhongshan, noticed the sunset when he was taking the patient back to his ward after a a CT scan and suggested they pause to enjoy it.

The patient, who later recovered and left hospital, played his violin to express his gratitude when the medical team left Wuhan.

"We are so grateful to all the hospital staff and our family who gave us strong support to help us fulfill the task in Wuhan," said Zhu Chouwen, vice president of Zhongshan and leader of the medical team. "We are not heroes, but ordinary medics doing our job. We will return to our former working positions soon."

Zhou Caifeng, a nurse in the team, received a special gift at the ceremony as her boyfriend Li Jiamin proposed.

"I was worried about her every day when she was in Wuhan and I decided to propose at once when she came back," Li said. 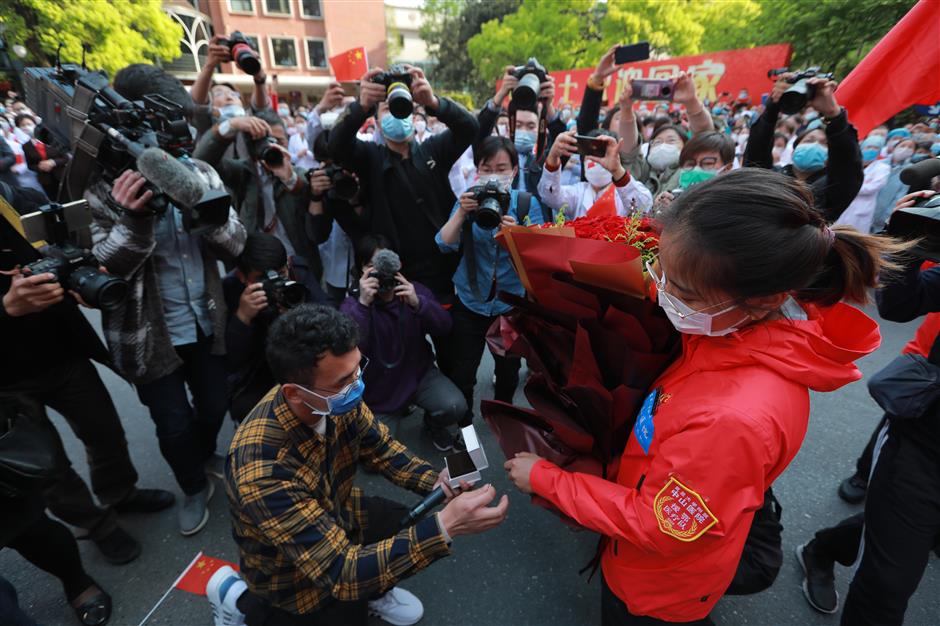 Li Jiamin proposes to Zhou Caifeng after she was released from 14-day quarantine following her service in Wuhan. 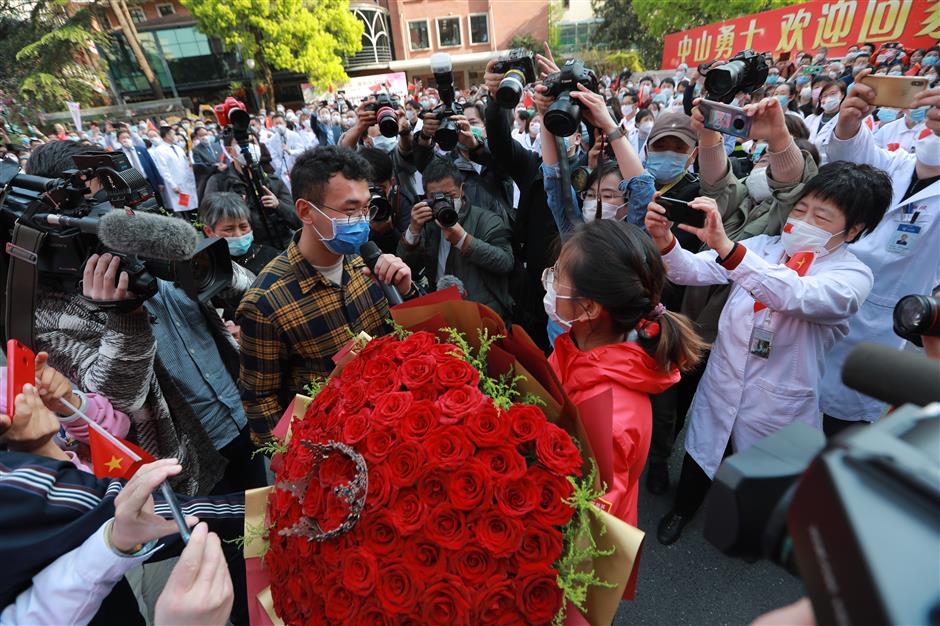 The happy couple are the center of attention after Li Jiamin proposed to Zhou Caifeng. 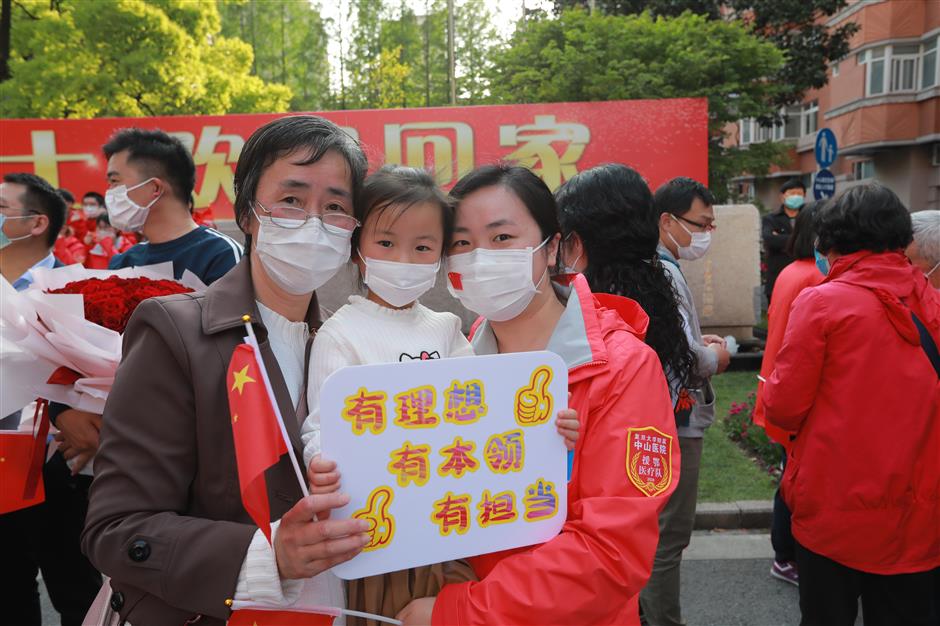 A member of the medical team is reunited with her family after quarantine.