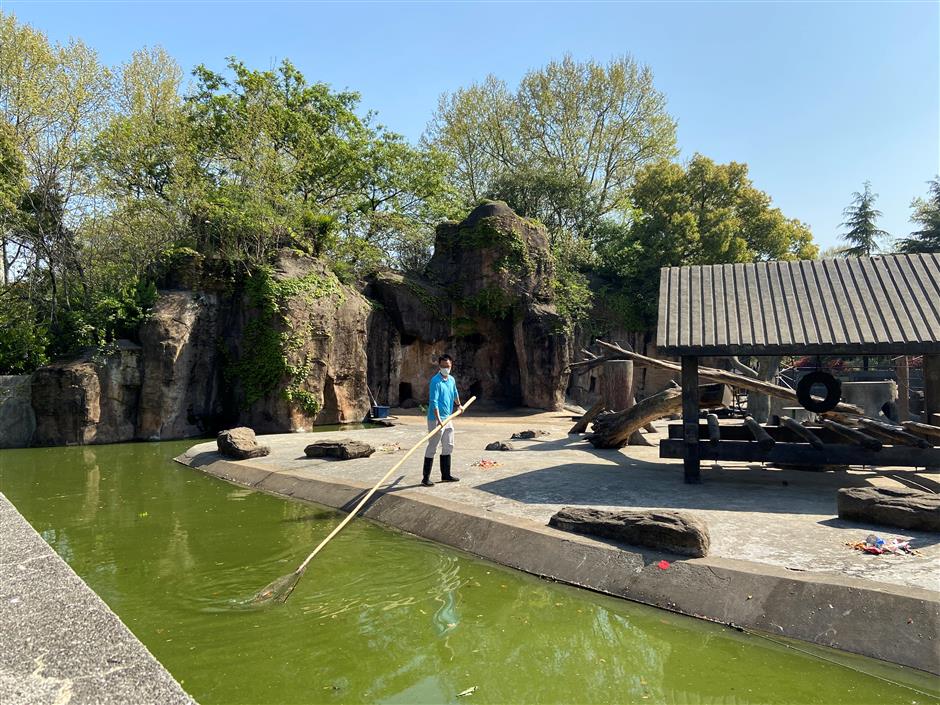 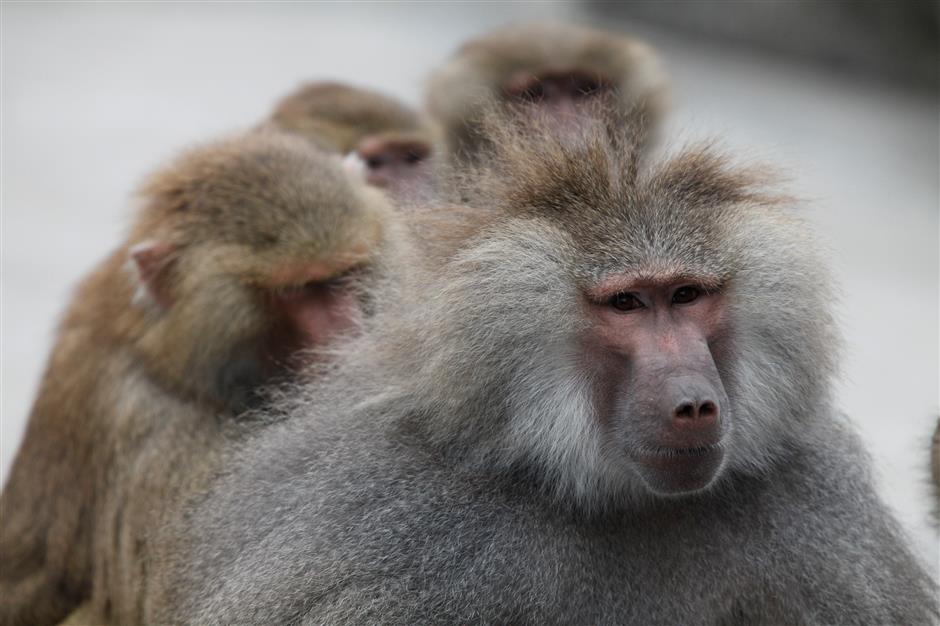 An increasing number of people going to the zoo in Changning District are trying to feed the hamadryas baboons there, they said.

Because the baboon area is just separated by a river course, they are the most fed of all the animals at the zoo, the keepers said.

"Although we have stepped up patrols to persuade visitors to stop feeding, some visitors still bring various snacks such as potato chips, biscuits and instant noodles to feed them," said Pan Xiuwen.

"Some drop food in packets, and some throw fruit into the area," she said. "They stop under persuasion, but after security guards leave, another downpour of snacks will fall."

Because baboons had no food from visitors for days when the zoo was closed during the pandemic, it was even more difficult for them to resist these snacks and they were eating a lot of the wrong food as a result, keepers said.

Baboons are normally fed fruit such as apples, bananas, pears and oranges, vegetables such as potatoes and carrots, and eggs and beans as part of a nutritious diet, keepers said.

In winter, peanuts and melon seeds are added into their diet to increase nutrition, while in summer, they have extra food such as melon to increase their water intake, Pan said.

Such a diet can fully satisfy their nutritional needs, and random feeding by visitors can lead to digestive problems and disease transmission between humans and animals, the zoo said.

The act also leads to abnormal behavior such as animals begging for food, it said. 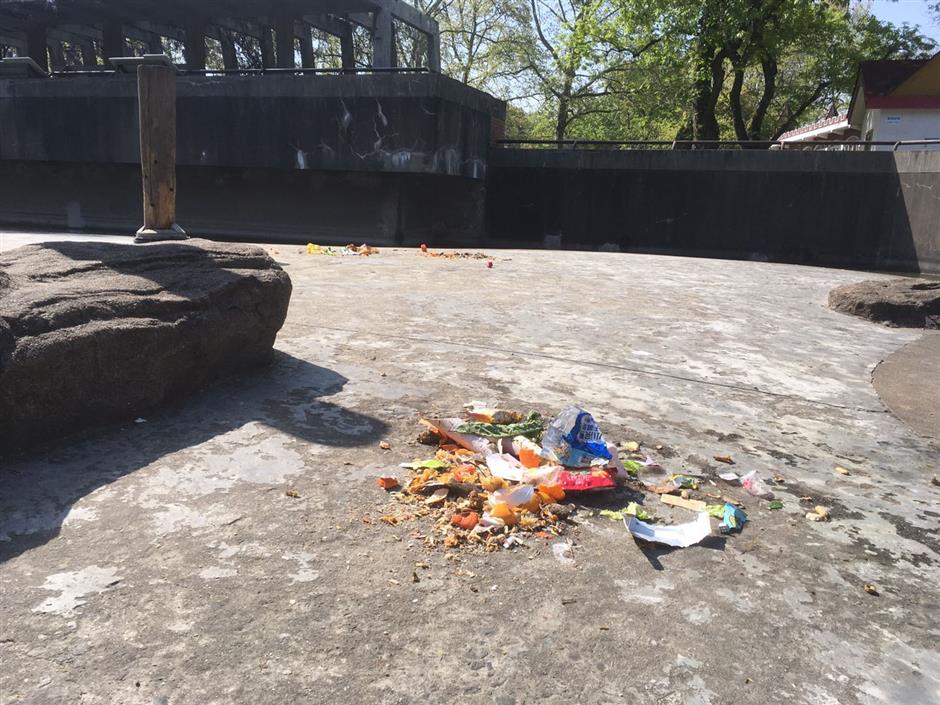 Food dropped by visitors trying to feed the baboons at Shanghai Zoo.