Shelter reunites a family after 42 years 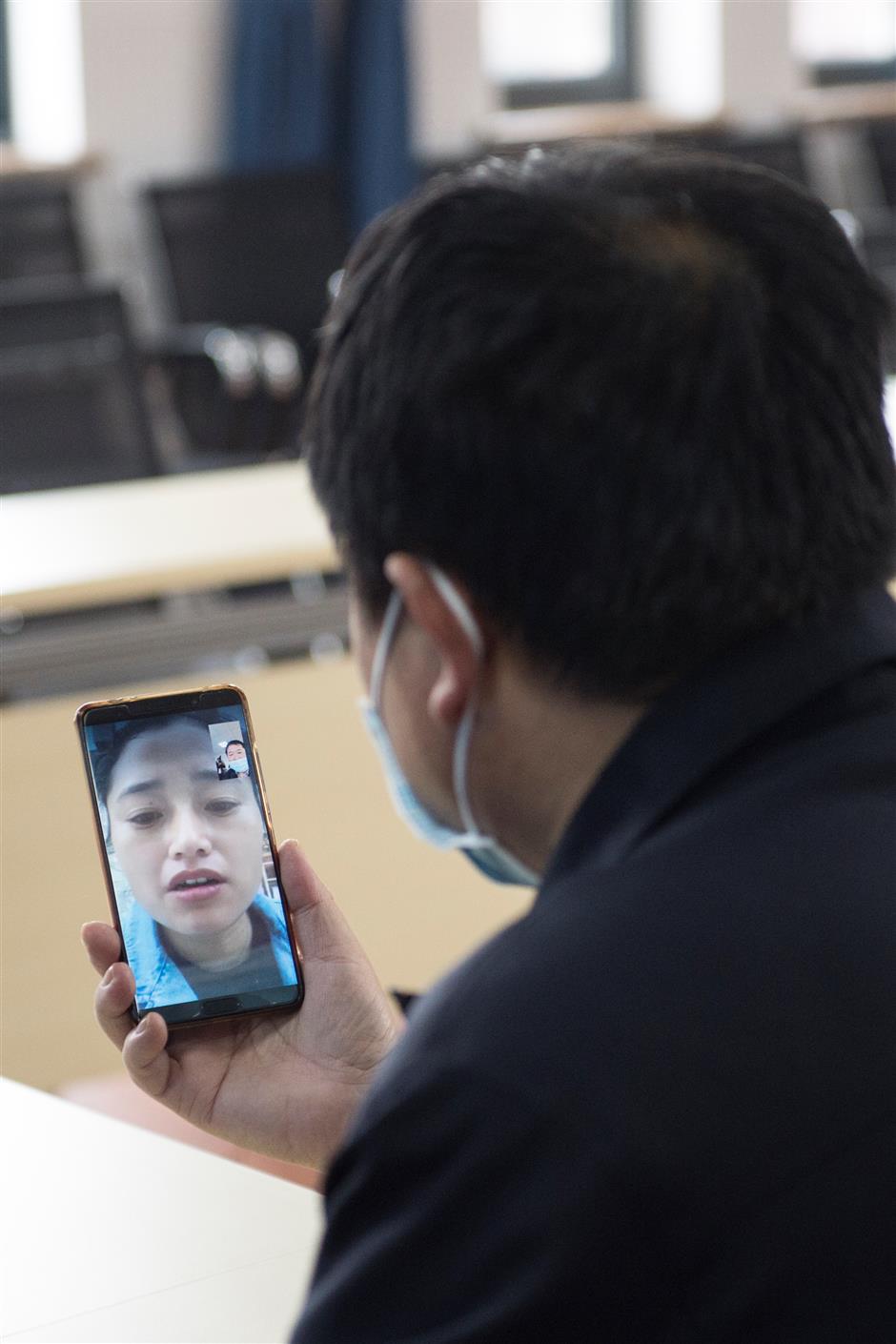 Tang Huaibin, an official with the Shanghai Shelter who has 20 years' experience in helping the homeless find their families, talks to Liu Yan, sister of Xu Mingxiang, on his phone at the Minhang District Shelter on Wednesday. 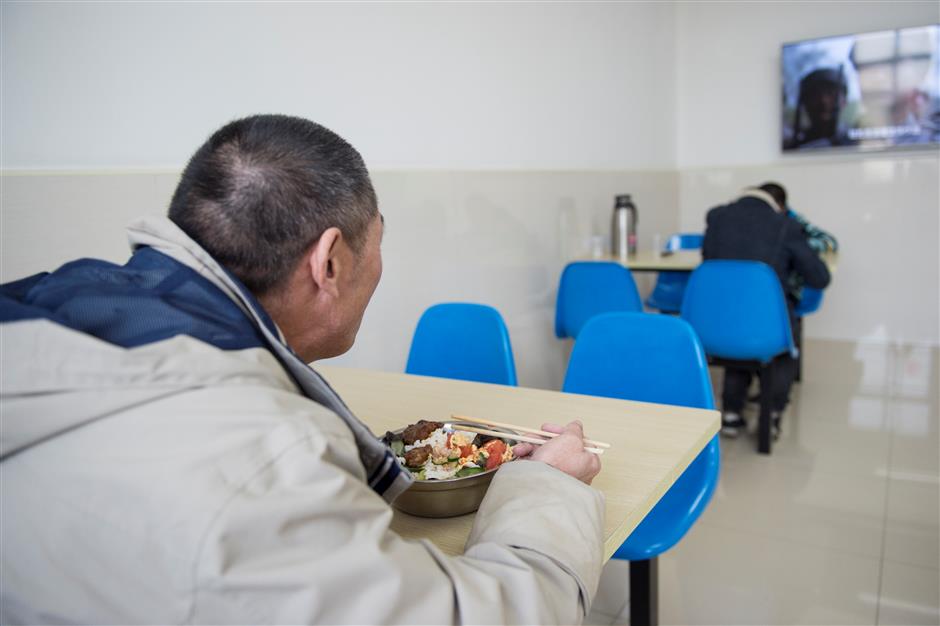 Xu Mingxiang has lunch at the Minhang District Shelter on Wednesday.

Xu Mingxiang will travel to Lebang Village in southwest China's Guizhou Province on Thursday morning for a long-awaited reunion after losing contact with his family 42 years ago.

The Minhang District Shelter received the homeless 57-year-old, who was disabled on both hands and had burns to his face, on the night of March 1.

He could not tell shelter staff his name, address or any information about his family.

After their efforts failed to identify his relatives, Tang Huaibin, an official with the Shanghai Shelter who has 20 years’ experience in helping the homeless find their families, got involved.

"Xu has very strong accent and could not read or write," said Tang.

The identification process was complicated and took about a month.

“Xu's memory was patchy, which posed very big challenges, but we kept chatting to him trying to capture every detail to piece together these limited pieces of information to track his life," Tang told Shanghai Daily.

Xu could remember little, leaving only words such as coal mine, burns and childhood friends.

"Because Xu could not remember clearly and sometimes gave wrong information, the search process was overthrown again and again, forcing us to start again from the beginning," said Tang.

"It was like fishing for a needle in the ocean, but we never gave up," he said.

Numerous maps were checked, and local authorities contacted until one of Xu's relatives told Lebang Village officials that the man seemed to be his wife's brother who had been missing for years.

Xu left home and lost contact with his family when he was 15.

"We never gave up looking for my brother," Liu told Shanghai Daily. "It was really painful to lose contact with a family member.

"When we received the call from the shelter, we were very excited and cried out," she said.

"Because we did not have his photo due to poverty, it was very difficult for us to search for him.

"I didn’t know what he looked like because I was too young when he left home. The whole family will wait for him at the railway station tomorrow," she said on Wednesday.

Shelters across the city have received more than 1,400 homeless people since the coronavirus disease pandemic. Among 96 of them who could not provide clues to their homes, 88 have been identified and 15 reunited with their families.

Shanghai's shelters are using a combination of methods such as new technologies like facial recognition and DNA matching, and traditional ways such as identifying accents and dialects to help the long-term homeless reunite with their families.

"Most are mentally handicapped or have mental disorders, making it even more difficult to find their families," Tang said. "In many cases, their memories are blank."

A team of 20 staffers dedicated to helping them reunited with their families was established last year, with Tang in charge.

"It can take as long as half a year to find their families, and the process can be even more difficult for deaf and mute people, but we never give up any of them," he said.

"I patch together information and every detail piece by piece and start again if the information points in the wrong direction," he said. "Frustration is normal, but I never give up.

"In some cases, even their relatives don’t recognize them due to years of lost contact when they return home," said Tang. "Their families burst into tears, which moves me, makes me happy and feel that all our efforts are worth it." 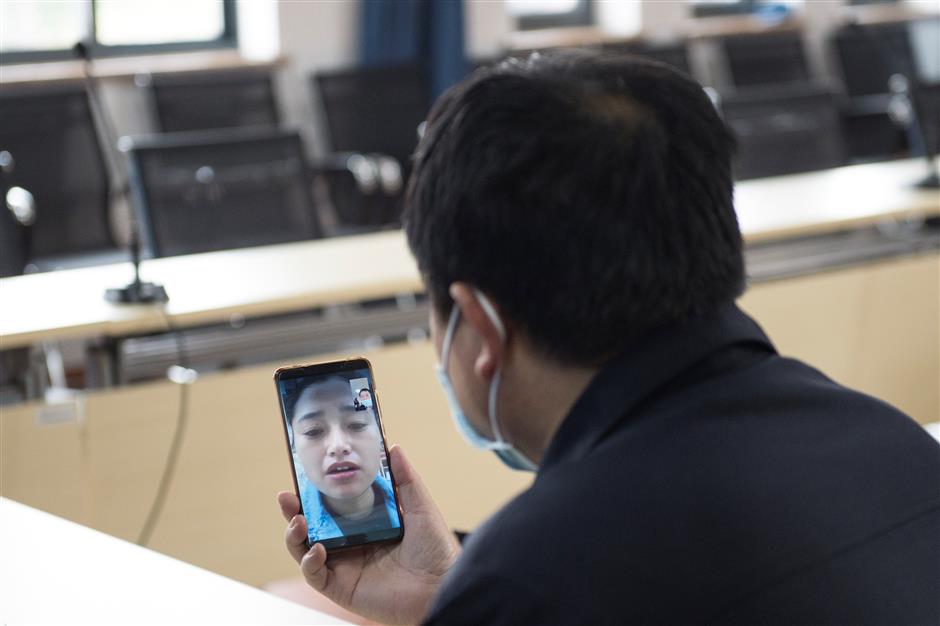