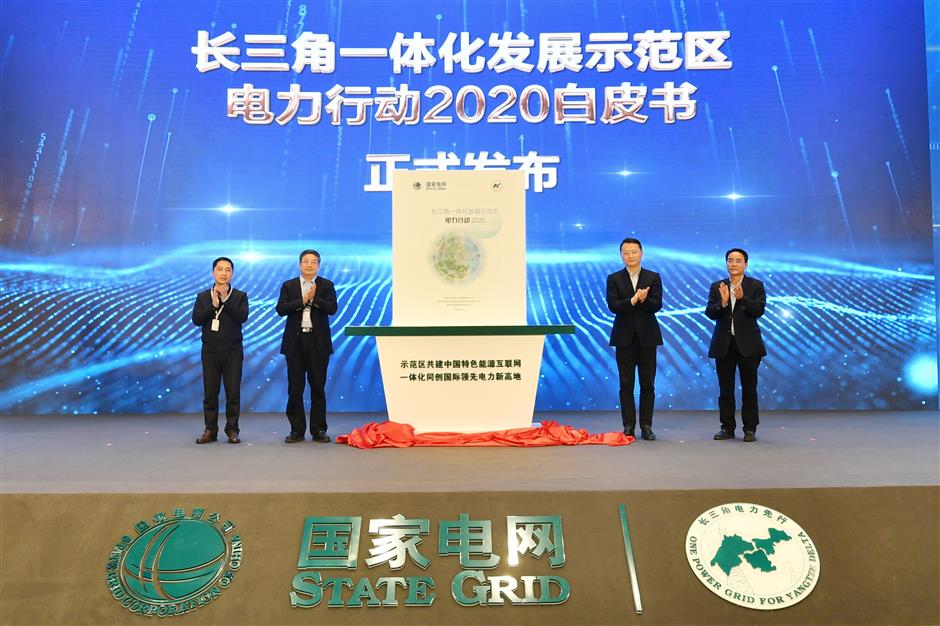 The State Grid launched a blueprint for the Yangtze River Delta region on Thursday.

THE State Grid launched its 2020 blueprint for the Yangtze Delta region on Thursday on facilitating coordination among areas and upgrading the overall power supply systems.

In the integrated demonstration zone among Qingpu District of Shanghai, Wujiang District of Suzhou, Jiangsu Province and Jiashan County of Jiaxing, Zhejiang Province, measures have been taken to solve the unbalanced supply throughout the zone, as well as price policies and the investment process.

Over the past year, the three local power companies have built the Qingpu-Jiashan and Qingpu-Wujiang 10kV interconnection projects to smooth the power supply.

The demonstration zone covers an area of about 2,300 square kilometres, with a population of 3.14 million and a regional GDP of 370 billion yuan (US$52.3 billion).

Currently, there are about 1.44 million power users in the area, with an annual consumption of over 40 billion kilowatts and a maximum load above 7,000 megawatts last year.

Power supply companies in the three regions will accelerate coordinated grid planning, promote research and construction of inter-provincial grid connections, and promote the construction of key grid projects in the demonstration area.

“We will steadily promote the construction of an integrated electricity management service platform in the Yangtze River Delta region, and realize the cross-province marketing business mode,” said Qian Chaoyang, chairman of the State Grid Shanghai Company.

The company also launched a QR code for all non-household users in the Yangtze delta region, which enables users to check the power status and receive notifications for in-time inspection and other services.