All aboard for Labor Day holiday pre-sale bus tickets

Bus tickets for the Labor Day holiday are available for pre-sale, according to the city’s Bus Group.

This year’s Labor Day holiday will last for five days from May 1 to 5.

Meanwhile, the holiday pre-sale for long-distance coach services has been available since April 12.

Currently, nearly 400 routes to other provinces have resumed operations.

Online travel operator lvmama.com said 75 percent of those who have made booking on the website for the upcoming holiday chose tourist attractions featuring natural landscapes and countryside parks.

About 58 percent of those who have booked accommodation have chosen resort hotels which feature beautiful natural landscapes and a small number of rooms. 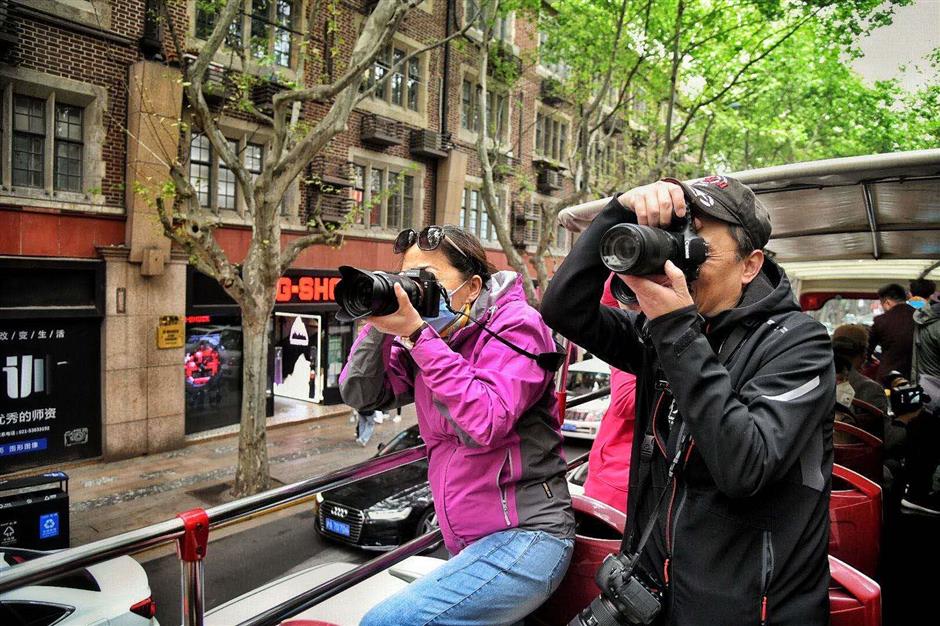 Two shutterbugs take photos during a sightseeing bus tour over the weekend.

A notice released recently by the Ministry of Culture and Tourism and National Health Commission requires tourist attractions to keep their indoor venues closed and maintain bookings below 30 percent of their maximum capacity during the coronavirus pandemic.

Trip.com said more than 3,800 tourist attractions across the nation have opened online reservations to control the number of visitors. The figure is estimated to reach over 4,000 during the holiday.

Zhejiang, Jiangsu and Guangdong provinces have the largest number of scenic spots that have made online reservations available, it said.

The Huangguoshu Waterfall, Mount Emei, Detian Waterfall, Yuantouzhu, Mount Huashan, Yalong Bay Tropical Paradise Forest Park, and Gulangyu Island are among the most popular natural attractions with reservations available during the holiday based on booking figures, it said.

Meanwhile, Shanghai Spring Tour is designing several hundred walking tour itineraries centered on 64 streets in the city which are on a "never-to-be widened" list. Sightseeing bus tours and some routes have already been operated.

Residents and tourists will be able to hear the stories behind the historical buildings and learn about the city's history and culture, it said. 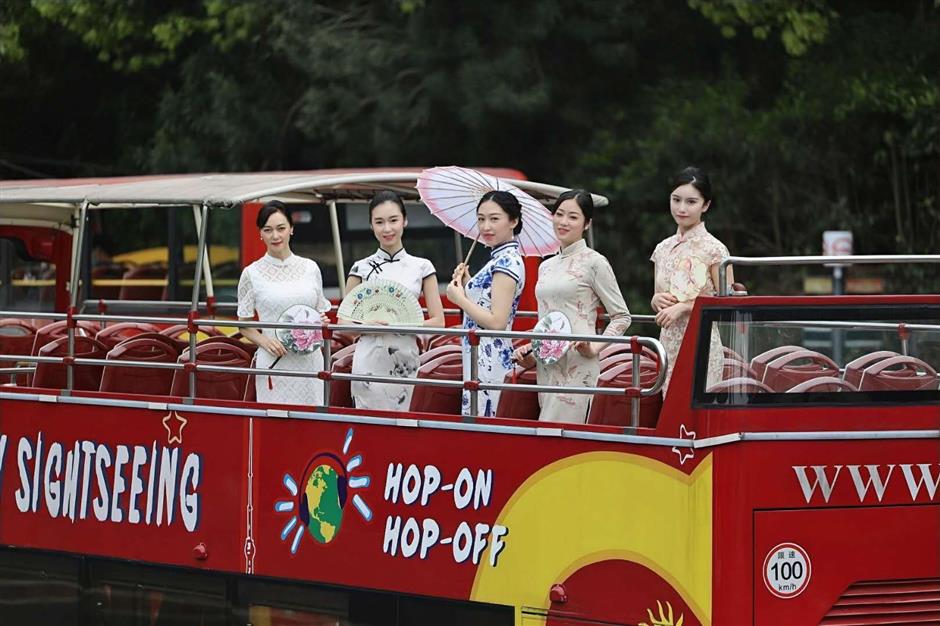 Ladies pose during a cheongsam-theme sightseeing bus tour organized by Shanghai Spring Tour over the weekend. 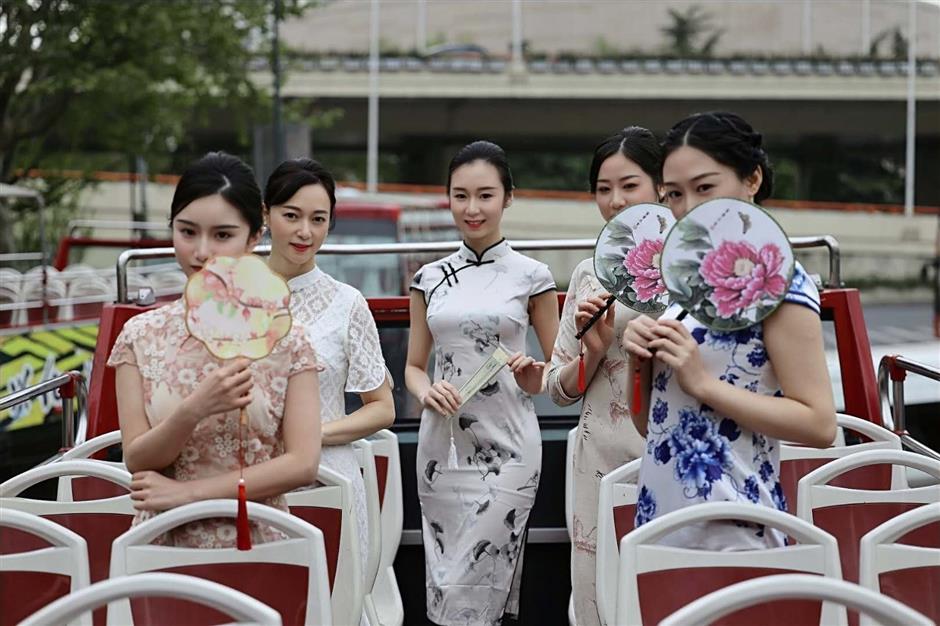 Elegant dresses and fans were on show.