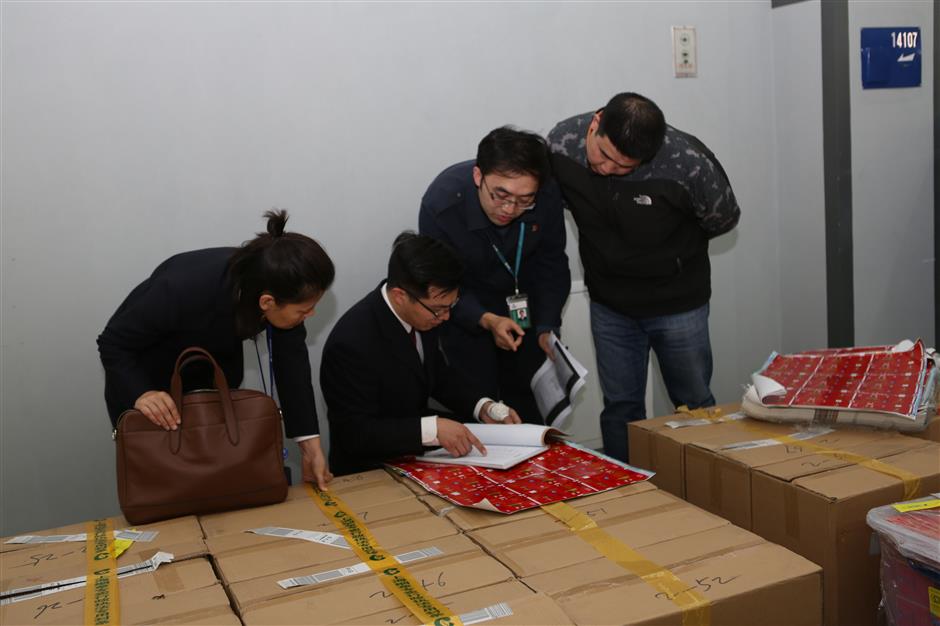 Prosecutors in Jing'an District say an increasing number of counterfeiters are establishing factories overseas to avoid being detected or are selling knockoffs to foreign countries, leading to great difficulties in collecting evidence.

The problem was outlined in a white paper issued by the Jing'an District People's Procuratorate on Thursday.

"In the past, the intellectual cases related to foreign affairs were mainly those with foreign brands involved but the sites where the copycats committed crimes were in China. But now, we find some crimes of counterfeit making are committed overseas." said Wang Guan, a prosecutor responsible for intellectual property crimes.

"Meanwhile, in some other cases, the counterfeits were sold to foreign countries. That caused difficulties for us in investigating and collecting evidence. For example, if we want to seize the counterfeits in factories located overseas, we need to do lots of work in international communication and cooperation."

In one case cited in the white paper, a gang set up a factory in Cambodia to make fake packaging of well-known domestic tobacco brands. With cigarettes bought from others, these fake branded cigarettes were later sold to retailers in China.

Chief culprit Shi had schemed with others to open two factories in Cambodia in 2017 and 2018.

Recruiting Chinese and Cambodian workers, they printed lots of fake cigarette boxes and packing of brands such as Chunghwa, Panda, Furongwang and Liqun and also produced some fake cigarettes there.

Several people were employed to put the cigarettes in the boxes and sell them to retail outlets.

Police seized more than 4.5 million fake boxes from the factories and over 40,000 fake cigarettes.

The 19 members of the gang were charged with illegally producing registered trademarks and selling counterfeit products in November last year and the case is now under trial.

According to the white paper, which analyzed intellectual property-related cases the procuratorate handled last year, the number of such cases showed a downward trend between 2013 and 2016 but rose from 2017.

More than 60 percent of the cases it accepted were about sales of counterfeits, which are low cost but high profit and easy to carry out online.

In the White Rabbit case, Zhao, an authorized dealer, and an accomplice, Wang, mixed real White Rabbit sweets with fakes and put them together in bags with a forged White Rabbit trademark.

Zhao sold them via WeChat to retailers across the country for more than 150,000 yuan.

Zhao and Wang were charged on April 10 this year. 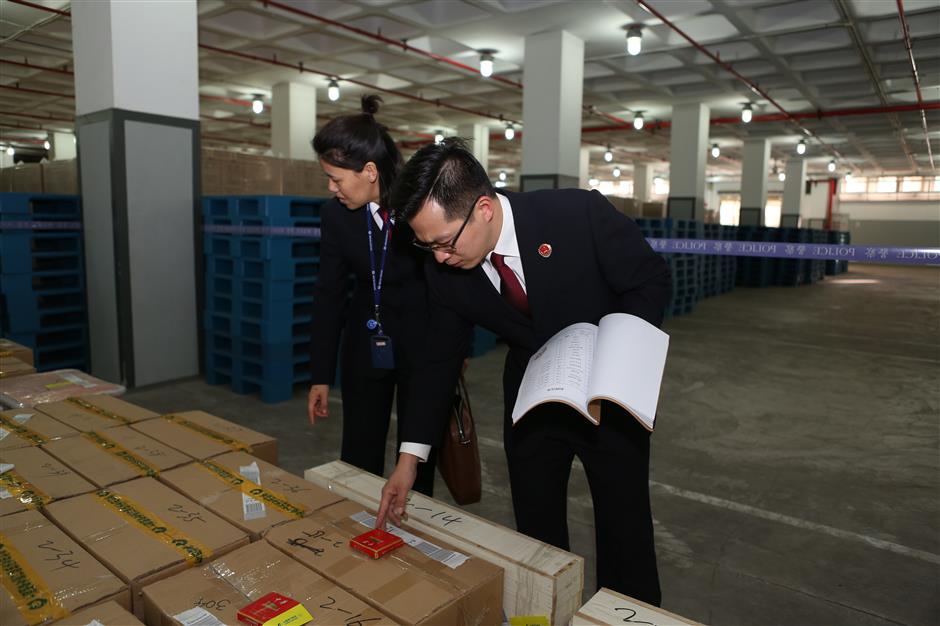