Boy panda is a handful, from tiny cub to 'little fatty' 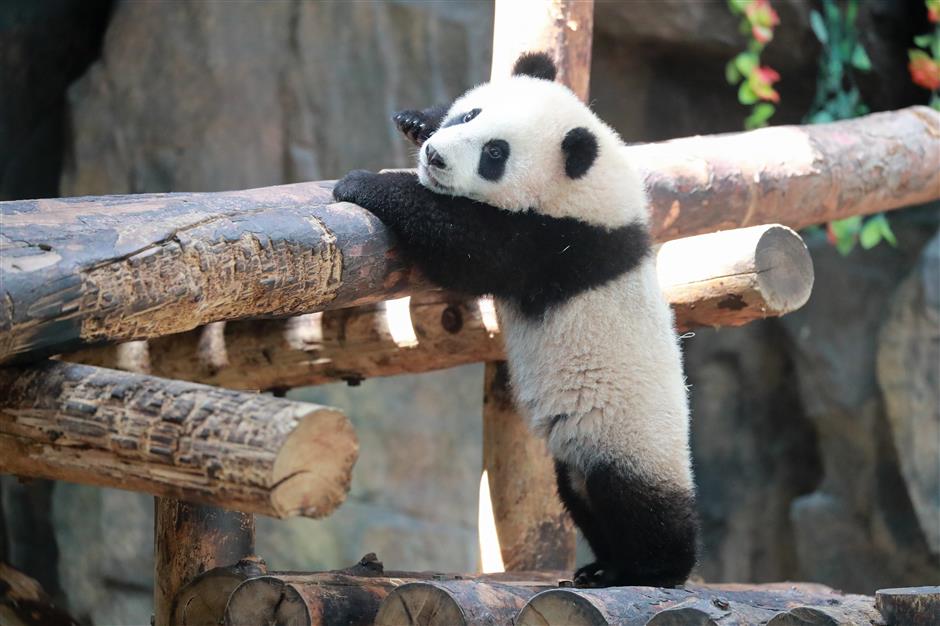 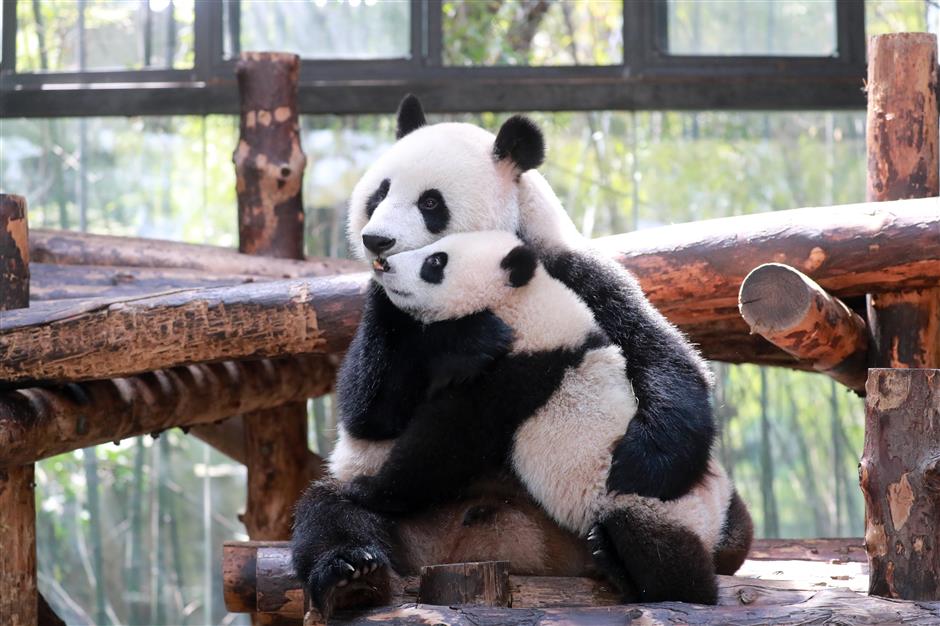 The giant panda baby gets a hug from his mother. 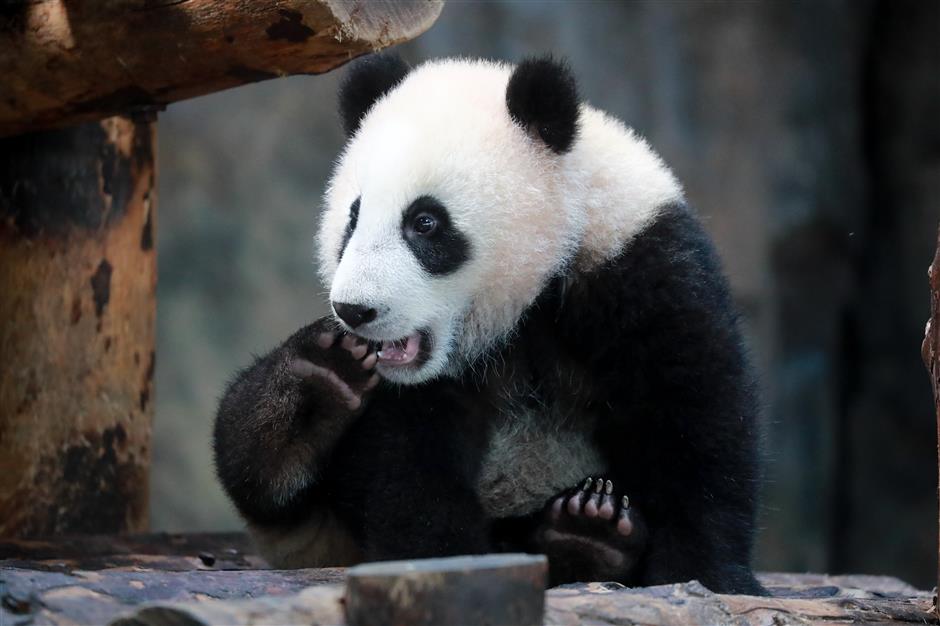 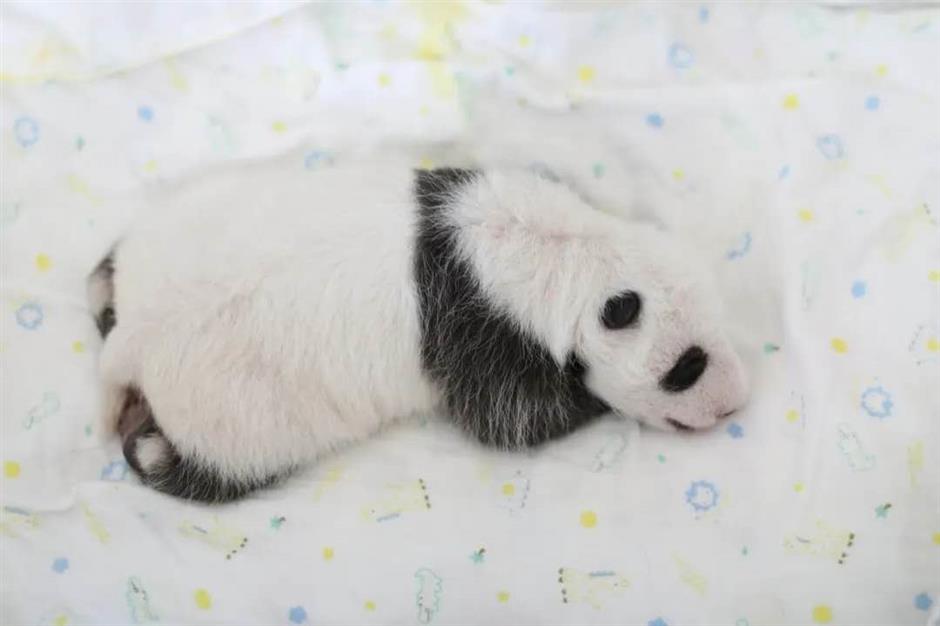 A 6-month-old giant panda met visitors to the Shanghai Wild Animal Park in the Pudong New Area on Saturday.

The giant panda, who is yet to be officially named, is known as "Jia Jia boy" to zookeepers as his mother is named Jia Jia. He was born on October 6 last year, and weighed 185 grams at birth.

He grew to 1,542 grams when he was one month, and now he is over 18 kilograms, leading to his other nickname "little fatty."

He was timid and slender when he was born but is now chubby with large eyes, animal keepers said.

He is also very active, naughty and bold, and likes climbing.

But he sometimes acts like a spoilt child, snatching food from his mother and distracting her while she is trying to feed.

The park operator has installed several screens showing a video clip of the boy's growth, and a real-time live broadcast at the giant panda area.

Visitors are reminded to keep quiet and not use flash photography when viewing the pandas. 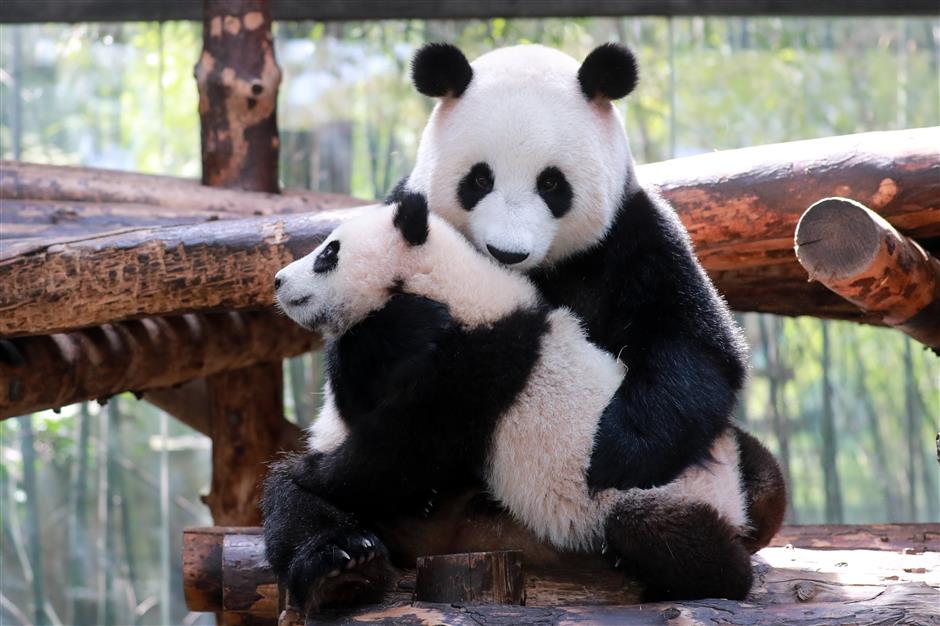 The giant panda baby is safe in his mother's arms. 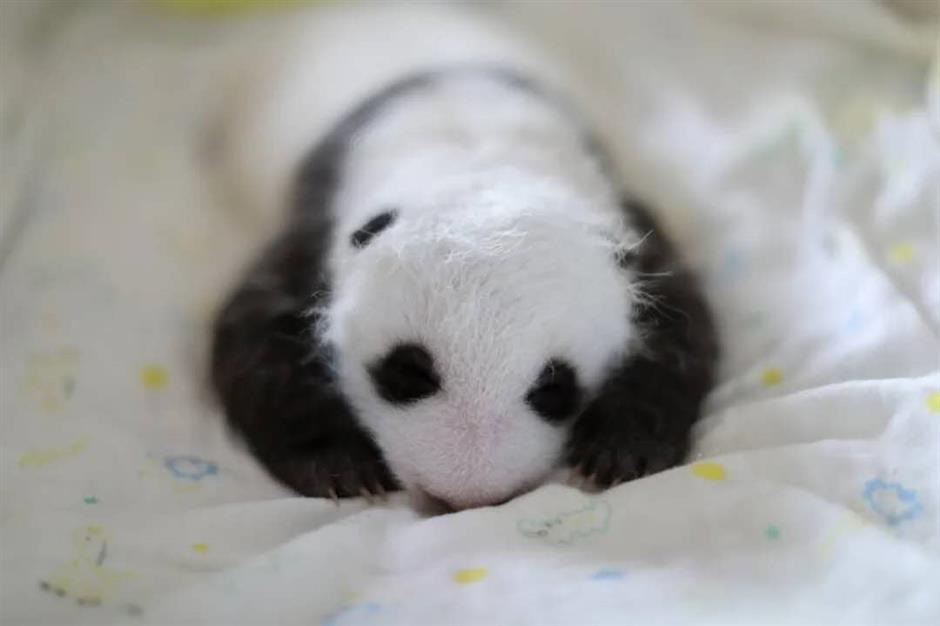