More than 8 million people watched an online livestream hosted by Wang Yu, president of the Shanghai-based Spring Airlines, over the weekend.

It was the first time the boss of a domestic carrier has taken part in a webcast to spur economic recovery following the sharp decrease in the number of travelers and flights amid the COVID-19 pandemic.

The head of the biggest budget carrier in China introduced the new routes that the airline plans to open for the approaching summer flight season. He interacted with fans and regular passengers during the Saturday night broadcast.

Wang also presented free flight tickets, hotel coupons and souvenirs to viewers during the livestreaming that lasted for one hour and a half. It attracted a total audience of 8.39 million online. More than 660,000 people were watching simultaneously.

Chinese airlines have suffered total losses of 33.6 billion yuan (US$4.75 billion) between January and March this year because of the coronavirus pandemic, according to the Civil Aviation Administration of China. The nation's civil aviation industry has seen a revenue loss of about 40 billion yuan in the first quarter.

According to statistics from the International Air Transport Association, airlines in the Asia Pacific Region are expected to lose US$27.8 billion in revenue in 2020 due to the pandemic.

It has hosted seven webcasts since March 12, inviting bloggers, global travelers and designers to talk about civil aviation, tourism, hotel and travel experiences. These online programs have attracted a total of 30 million viewers, according to the airline.

The carrier also plans to host its first online press conference by the end of April to publicize the more than 40 new domestic routes it plans to open soon. 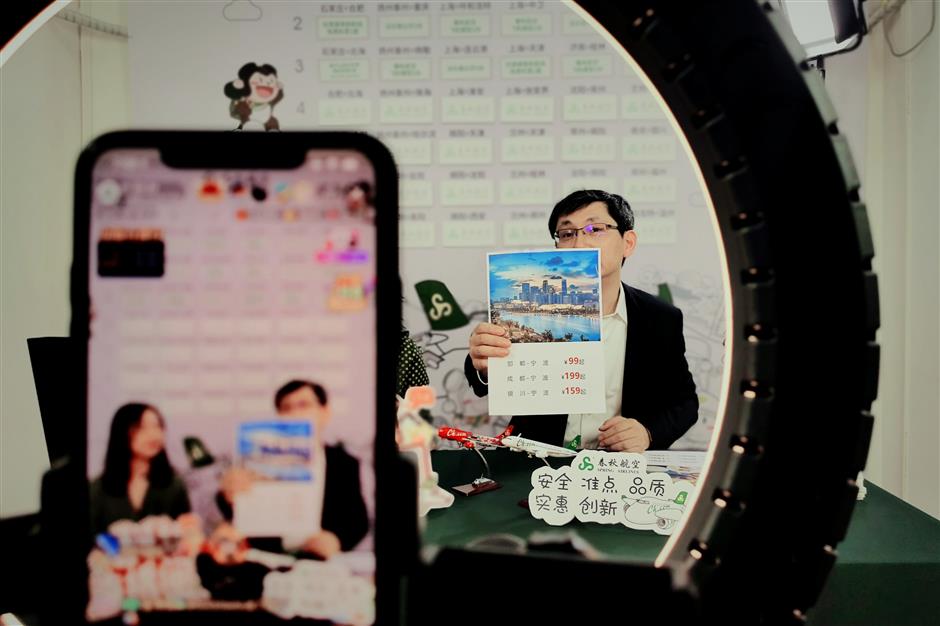