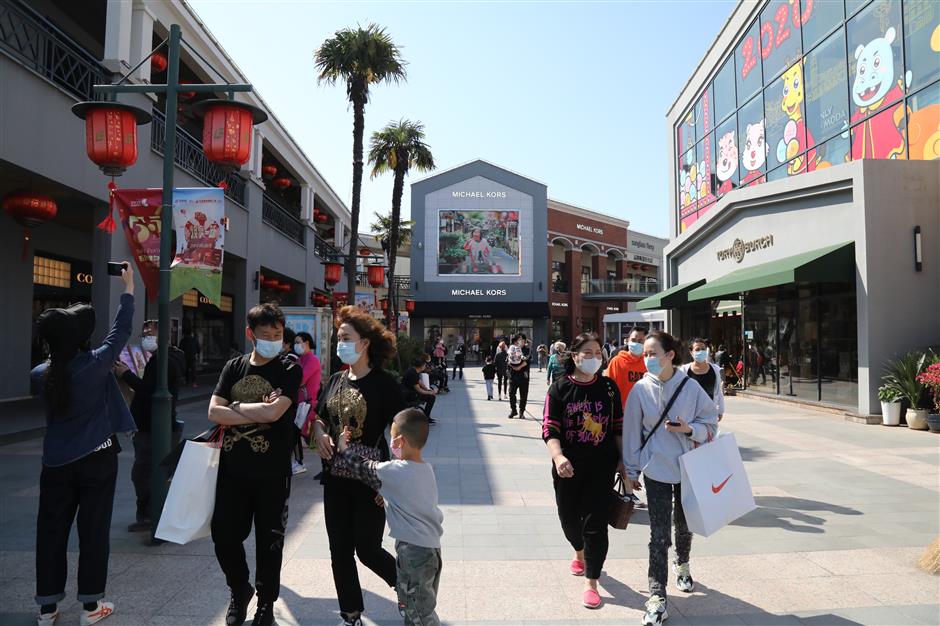 A shopping festival in Qingpu District attracts large numbers of customers to Bailian Outlet in the district on Tuesday.

A variety of events are being organized for visitors at tourist attractions and shopping malls in Qingpu District during the upcoming Labor Day holiday, district authorities have announced.

A kite-flying and camping festival will be hosted at Oriental Land, which boasts a 70,000-square-meter lawn. Rock-climbing competitions will be held between May 1 and 4 as well.

Shanghai Grandview Garden, based on the fictional residence of the family in the classic novel "A Dream of Red Mansions," will host a parade and replicate scenes from the novel during the holiday.

The Sun Island Resort, located inside the Zhangma tourist attraction, will feature a camping festival with games and performances during the holiday, inviting visitors to enjoy sunshine and sleep under the stars between May 1 and 3.

The Jiaoli Culture Festival will be held at Kezhi Garden in Zhujiajiao watertown during the first three days of the holiday. It will feature traditional Chinese opera performances.

Lucky draws and promotional activities will be held at shopping malls across the district as well.

Qingpu District kicked off a two-month shopping festival on Tuesday as part of the Shanghai Double Five Festival with promotional activities both online and offline to boost consumption.

Among other events on the agenda are a cosmetics festival, fruit-picking, food tasting, home appliances and automobile promotional activities, a wine festival, an imported commodity festival and agriculture product promotions.