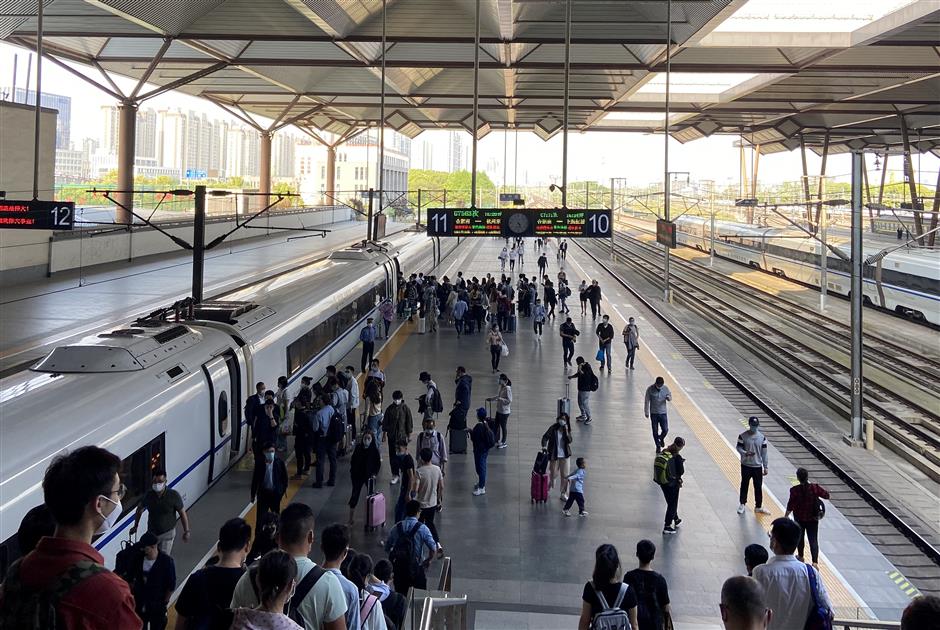 Passengers board a train at Suzhou Railway Station during the recent holiday.

A total of 7.96 million train trips were recorded in the Yangtze River Delta region between April 30 and May 5, accounting for about 24 percent of the nation's total during the period, China Railway Shanghai Group announced on Wednesday.

The number of rail passengers in the region surpassed one million daily over the six days, according to the group.

May 1 witnessed a peak of 1.76 million trips, a record after the latest Spring Festival, the group said.

The waning COVID-19 outbreak and good weather during the Labor Day holiday boosted tourism in the region, according to the group.

During the holiday, 10,448 train operations were recorded in the region.

The number of tourist passengers to regional cities like Shanghai, Hangzhou, Nanjing, Suzhou, Wuxi, Changzhou, Huangshan and Ningbo all surged, and the number of inter-city and short-distance rail passengers surpassed expectations, the group said.

Amid the increase of passengers, rail stations in Shanghai enhanced cleaning, disinfection and ventilation, and use infrared temperature screening machines to accelerate entry and exit, the group said.