Changhai Hospital released research on Thursday on a treatment for strokes it says can improve efficiency and reduce costs.

The research, led by Liu Jianmin, a neurosurgery professor, compares the treatment — named DIRECT-MT — which removes clots formed in blood vessels directly with the traditional method of intravenous thrombolysis which uses medication to break down the clots.

According to the hospital, the new treatment is as effective and safe as the traditional method. The research results have been published in the New England Journal of Medicine.

Chinese people over the age of 25 have a 39.9 percent chance of having a stroke and the rate is rising by 8.7 percent a year. 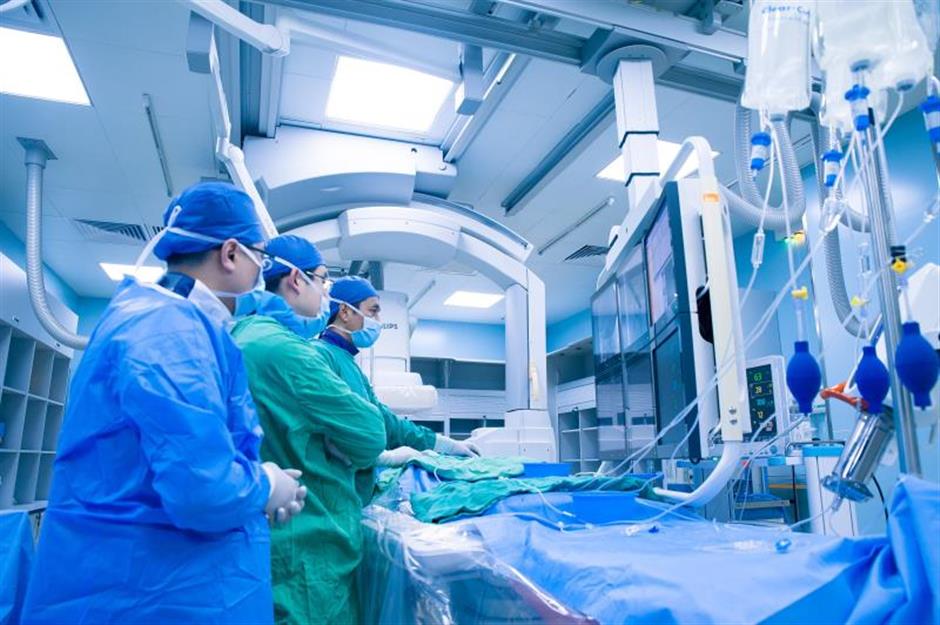 Doctors at Changhai Hospital conduct DIRECT-MT to remove the clots formed in the blood vessels of a stroke patient.

The death and disability rate of the standard treatment is 40 to 50 percent. The effects also vary depending on the time of the patient's arrival and the efficiency of green channels at different hospitals.

Liu's team began researching DIRECT-MT in 2016 with their counterparts in Europe. The first clinical research center was established in January 2018.

With the promotion of DIRECT-MT, more hospitals are expected to be able to carry out clot-removal surgery with mechanical arms and more patients will receive more effective and in-time treatment, he said.

Changhai Hospital has established a stroke center with an integrated treatment network. Patients will be treated before paying and specialized staff will accompany patients to receive the timely treatment. A patient suffering from an acute stroke can receive treatment 20 minutes after arriving at the hospital on average.