Shanghai’s civil defense office has launched a series of campaigns to raise awareness of self-protection on the occasion of Disaster Prevention Week from May 8 to 15.

May 12 was chosen as National Disaster Prevention and Mitigation Day in remembrance of the 2008 Wenchuan earthquake.

Residents can visit the Shanghai Civil Defense Museum, or participate in emergency drills and online lectures to learn survival skills.

Currently, there are more than 1,400 warning devices installed across the city to report emergencies. Shanghai has also built over 1,000 shelters totaling an area of nearly 1.5 million square meters.

Public facilities such as arenas, convention centers, school playgrounds and parks will be upgraded to cope with emergencies and disasters. A 44-member civil defense squad is on 24-hour standby for rescues.

A multimedia center was also established by the civil defense office to mobilize the public. The center will share information on disaster prevention and control through online platforms including WeChat and Weibo.

Magazines on emergency information will be distributed to communities, schools and enterprises in all districts. 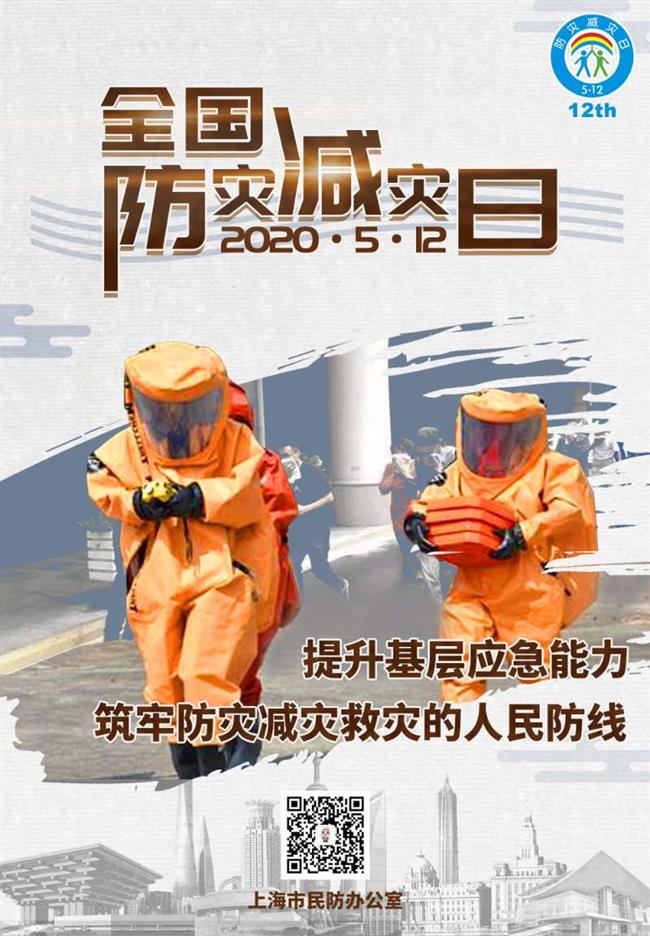 May 12 this year is the 12th National Disaster Prevention and Mitigation Day in remembrance of the 2008 Wenchuan earthquake.