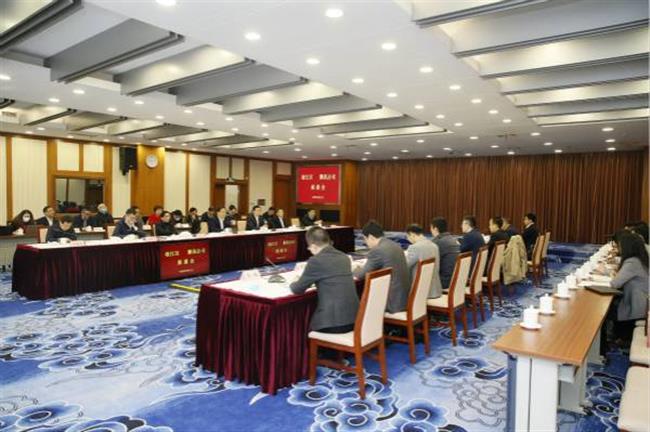 The total value of investment to be injected in Songjiang through the signing ceremony amounts to 25 billion yuan.

Chinese tech firm Tencent is to invest 15 billion yuan (US$2.1 billion) in building its Yangtze River Delta artificial intelligence supercomputing center and industrial base in Songjiang, according to a city-level major industrial projects signing ceremony on March 31.

Construction of the project, which will cover an area of 236 mu (15.7 hectares), is expected to start this year. When completed, the AI industrial park will house more than 100 high-tech firms.

Tencent will also introduce qualified AI companies to be based in the industrial park, which will also include Tencent’s Yangtze River Delta AI incubator and Keen Security Lab, and nurture an industrial AI ecosystem.

A “1+1+N” cooperative strategy, or cooperation between the Songjiang government, Tencent and its industrial ecology business partners, will be adopted to build the suburban district into a model of a future smart city.

In recent years, Songjiang has turned itself into an industrial cluster of seven advanced manufacturing industries, including AI, integrated circuits and high-end equipment manufacturing, under the guidance of the G60 High-tech Corridor development vision.

The total value of investment to be injected in Songjiang through the signing ceremony amounts to 25 billion yuan.

Founded in 1993, Taiwan-funded Shanghai King Sun Industry Co in the district’s Yexie Town is a leading company in the city’s cooling industry. The company has internationally advanced technologies in manufacturing industrial cooling towers or cooling towers for civilian use.

“The research center to be built in Songjiang will focus on cooperation between universities and the company. Frontier research from collaborative universities will be experimented in King Sun’s new research center. If successful, the research will be used and promoted in industry and business,” said Chen Renhai, a manager at King Sun Industry.

Meiji Co, which entered the Chinese market 15 years ago, is considering expanding its investment in China. Their high-end ice cream research and production project in Songjiang is an idea to be put into practice.

CRRC Urban Traffic Co’s Shanghai headquarters in Songjiang will mainly focus on research and manufacturing of smart lifting systems. It plans to sell 50,000 sets of lifting systems in the near future and more than 100,000 sets in the mid and long term.

Its systems include various types of elevators, escalators and elevator parts, and their markets are mainly in the Yangtze River Delta region where an integrated development vision and an aging population creates growing demand.