The North Bund area in Hongkou District will become a "new engine" for Shanghai's future development with the tallest building in Puxi as well as well-preserved history and culture.

Wu Xinbao, Hongkou’s Party secretary, mapped out the new blueprint for the North Bund waterfront along the Huangpu River, to journalists from over 40 media organisations from home and abroad.

The riverside region, covering about 4 square kilometers, will be on a par with the Lingang Special Area and the Pudong New Area in the east, and the demonstration zone for the integrated development of the Yangtze River Delta region and the Hongqiao Business District in the west, Wu said.

"The North Bund will also become the new landmark to lead the city's north-south development axis as well as the new benchmark for urban development in the new era," he told reporters. 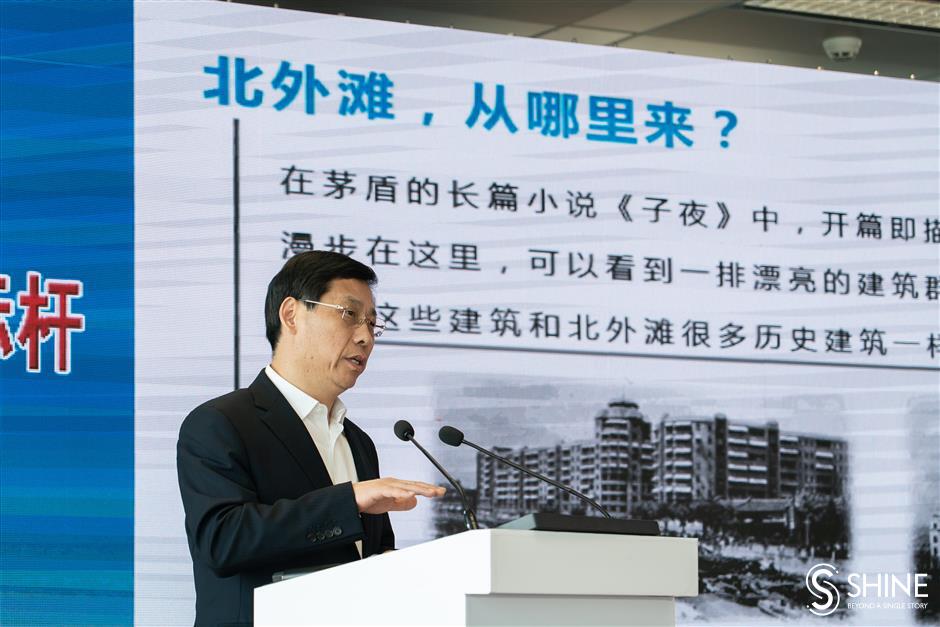 Wu Xinbao, Party secretary of Hongkou, introduces the new blueprint for the North Bund waterfront to journalists from over 40 media organizations from home and abroad.

According to the blueprint, the North Bund will include a core central business district, with a high density of office buildings and commercial facilities, along with historical and cultural regions around the Tilanqiao and Hongkougang River, where the historical ambiance will be fully preserved.

As part of the Huangpu River skyscraper cluster, a 480-meter new landmark structure will be built on the North Bund to echo the Lujiazui skyscrapers on the opposite side of the river.

The new building will become the tallest structure in Puxi and the third tallest in the city after the 632-meter Shanghai Tower and the 492-meter Shanghai World Financial Center in Pudong’s Lujiazui area.

It will form a new skyline along the river with the current highest building on the waterfront, the 320-meter-high tower of the Sinar Mas Plaza.

"About 8.4 million square meters of new buildings have been planned for the North Bund, equal to the total amount of buildings in Lujiazui and on both sides of Century Avenue in Pudong," Wu said. 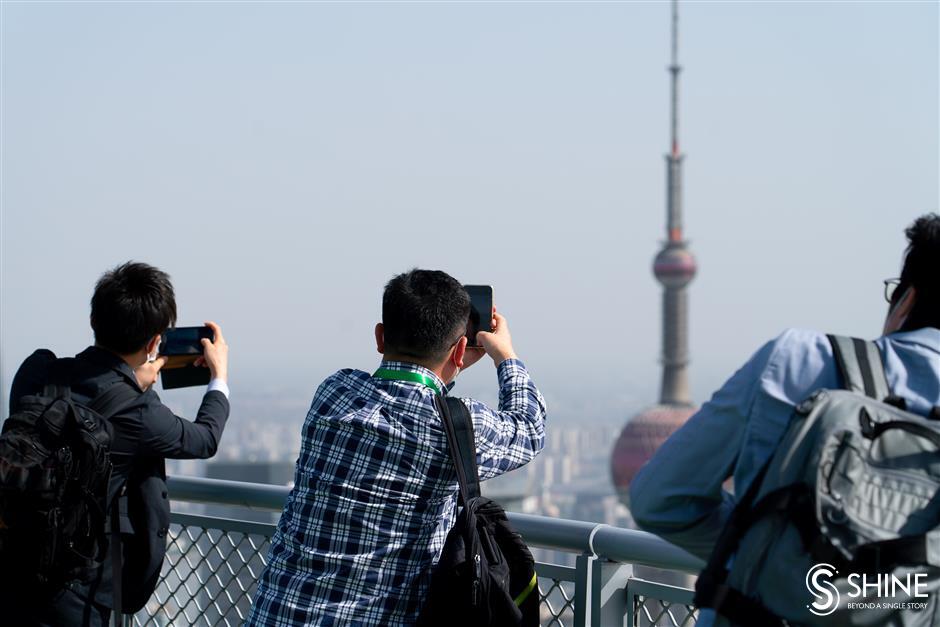 Reporters take photos of the Pudong side of the Huangpu River from the top floor of the 320-meter tower of the Sinar Mas Plaza.

The North Bund is home to over 1,500 financial companies which manage over 5 trillion yuan (US$705 billion) of assets. They include a ninth of China’s mutual funds and over 4,700 shipping companies such as COSCO Shipping, Shanghai International Port Group, China Shipowners' Association and Costa Cruises.

They can live in either high-end preserved historical villas or quality residential complexes, Wu said. Top education, medical, sports and cultural facilities are planned for the region.

The Chunyangli neighborhood near the North Bund, a shikumen community built between 1921 and 1936, is being renovated and some of the apartments have been rented to employees working at nearby office buildings.

Wu said Hongkou aims to work out a general picture of the North Bund in three years and make the regional fully functional in five years. The waterfront is due for completion within 10 years.

By then, over 200 office buildings will be home to about 100 headquarters of multinational corporations, as well as financial, shipping and technological firms.

"The urban prosperity of Shanghai will be fully demonstrated at the North Bund," Wu added. 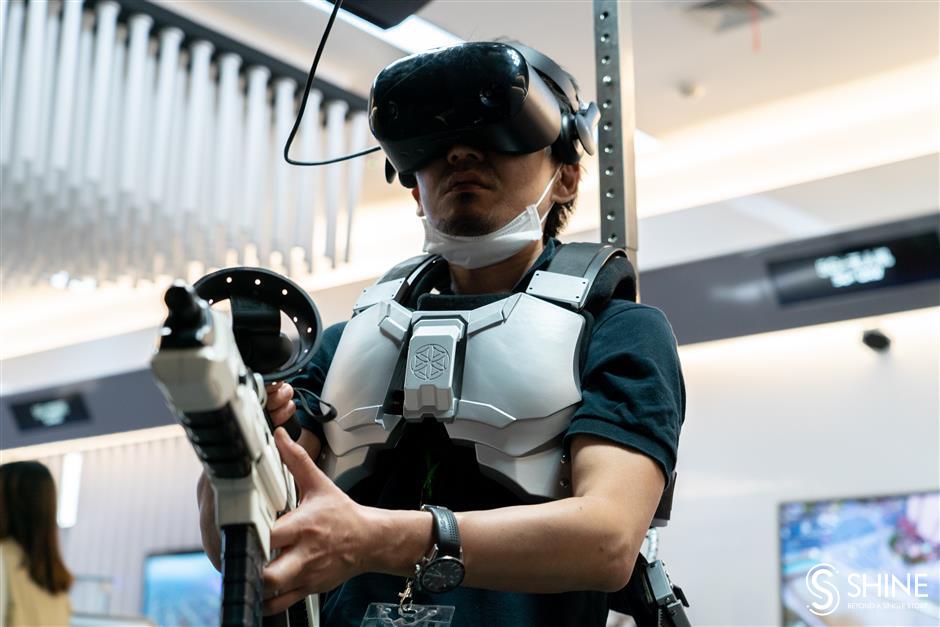 A reporter tries a virtual reality game at the North Bund area. 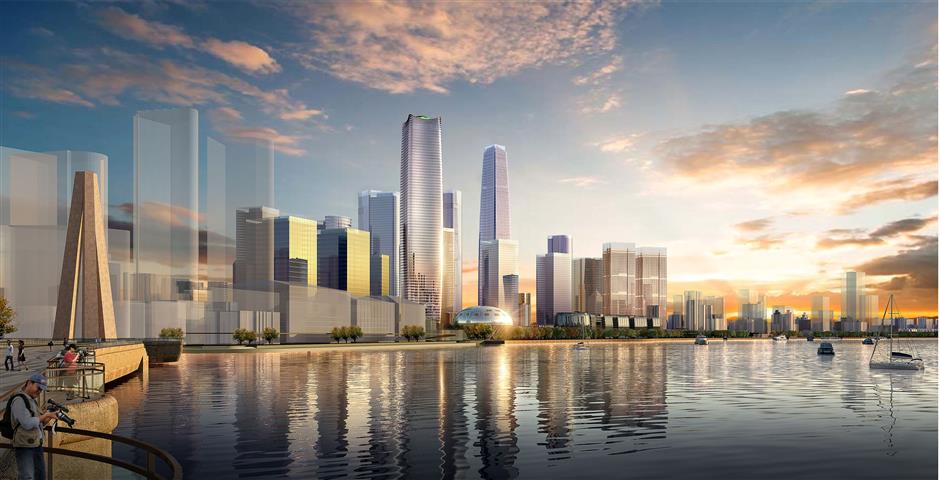