The historic North Bund to be transformed with a futuristic look 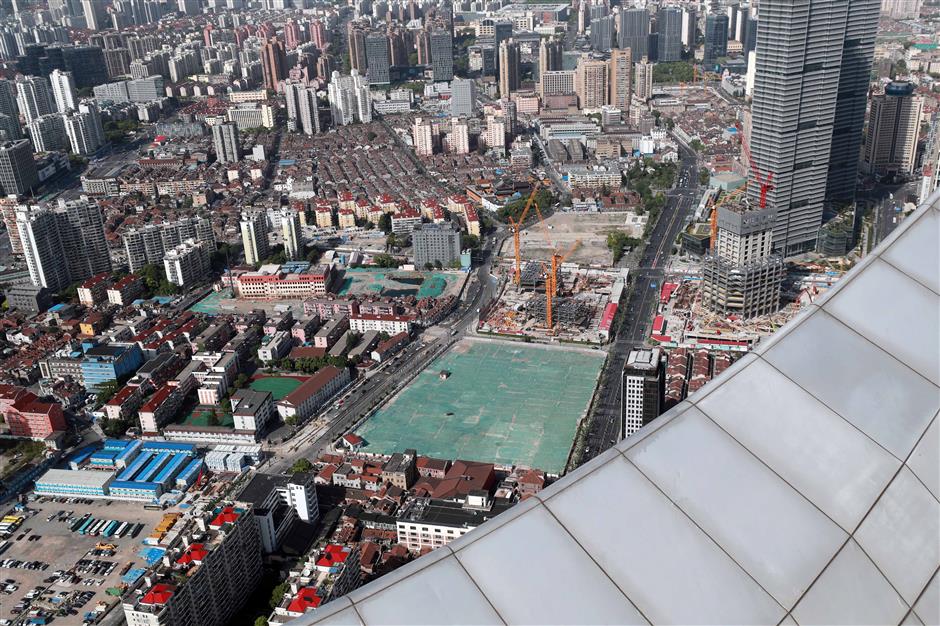 Standing on the top of the 320-meter-high tower at Sinar Mas Plaza, currently the highest building on Shanghai’s waterfront, urban planner Cheng Jun spelled out his vision for the North Bund to become the city’s “most beautiful parlor.”

Riverside regions have already been transformed with greenery and walking paths. Rows of shikumen, or stone-gate residences, are being renovated. Some plots have been cleared for construction of skyscrapers that will reshape the city’s skyline.

Chen, director of Hongkou’s urban planning body, said the new-look North Bund in the district will include a core central business district, with high-density office buildings and commercial facilities. It will be flanked by regions around Tilanqiao area and the Hongkougang River, where places of historical and cultural importance will be fully preserved.

As part of the grand design, a 480-meter skyscraper will become the tallest building on the west bank of the Huangpu and the third-tallest in the city.

“About 8.4 million square meters of new construction are designated for the North Bund, equal to the total area of buildings in Lujiazui and on both sides of Century Avenue in Pudong,” said Wu Xinbao, Party secretary of Hongkou.

The area will host more than 200 office buildings housing some 100 multinational headquarters and financial, shipping and technology firms.

The North Bund is already home to more than 1,500 financial companies with 5 trillion yuan (US$705 billion) of assets under management. They include one-ninth of China’s mutual funds and more than 4,700 shipping-related companies, including COSCO Shipping, Shanghai International Port Group, the China Shipowners' Association and Costa Cruises.

Zhou Qun, a senior official with Sinar Mas Paper (China) Investment Co, an arm of the Indonesian conglomerate, said her company is proud to be involved in the master planning and development of the North Bund.

“We think highly of China’s economy and Shanghai's development,” she told the reporters from the top of Sinar Mas Plaza tower. 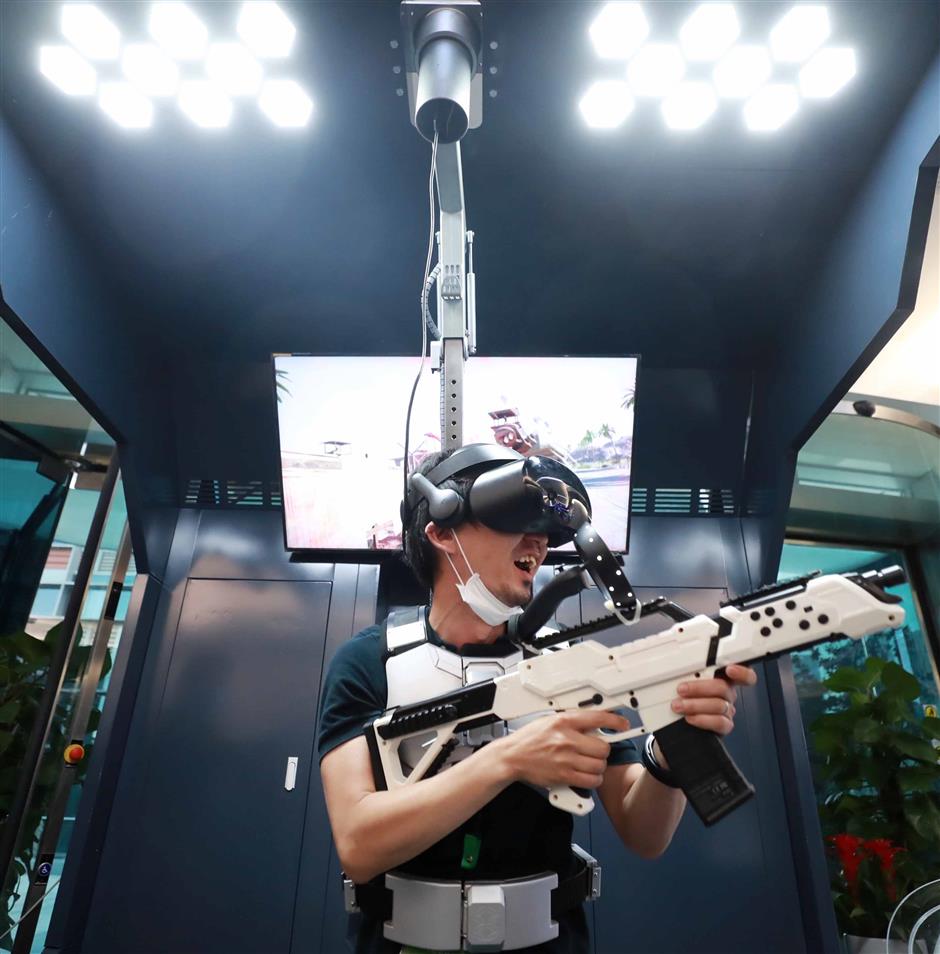 A visitor plays a virtual reality game at the world’s first 5G application innovation center at the North Bund.

Wang Yilin, general manager of King Cool Media, a virtual reality technology firm based in Hongkou, said his company is poised to capitalize on the rapid development of the area and progress in 5G technology.

“With the help of the 5G communication technology, we are able to provide a real-time, panoramic live broadcasts,” Wang said at the company’s exhibition site at the world’s first 5G application innovation center in the North Bund.

Shanghai General Hospital, for example, has been working with China Mobile on patient information transmission and communication between ambulances and hospitals via 5G, said Yu Hua, information director of the hospital.

A smart urban management system will be tested on the North Bund, including automa-tion-driven buses, intelligent parking guidance and smart traffic management, said Wang Jianhui, director of the Hongkou Science and Technology Commission.

The waterfront has been fully covered with 5G signals, Wang said. 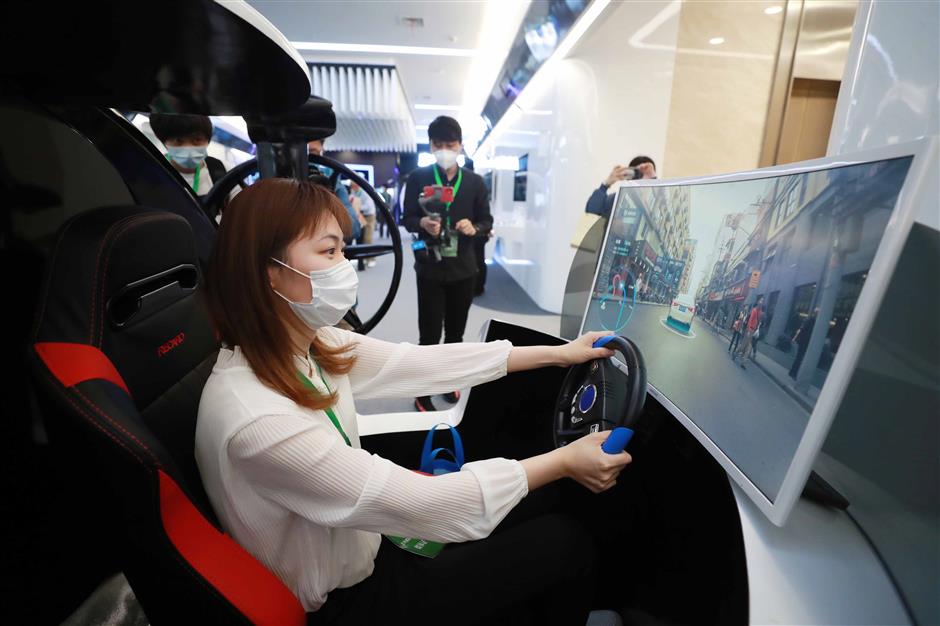 A visitor wheels a remote-controlled vehicle at the world’s first 5G application innovation center at the North Bund.

About 70,000 residents will live in the North Bund and 240,000 people will work there. All will enjoy convenient public amenities.

The Chunyangli neighborhood near the North Bund, a shikumen community built between 1921 and 1936, is being renovated, with some of the apartments rented to employees working at nearby office buildings.

“Young office workers are welcome to be our neighbors,” said Hong Guozhen, a senior resident who has rented her renovated apartment to young employees. “I will ask them to dinner if they are too busy to cook themselves.”

For the convenience of the residents and office workers, there will be 10 subway stations on four Metro lines, Wu said.

The planned Line 19 will further connect the waterfront region, and a public transport hub will be located on Haimen Road. In future, visitors to the waterfront will be able to hop on a bus and get to within 600 meters of the river or take an eight-minute walk from a Metro station.

The planning authority has also designed an underground and overhead walkway system connecting Metro subway and bus stations. A two-story skywalk will connect office buildings, subway stations and commercial facilities on the riverside.

A “slow walk zone” for pedestrians has also been planned, with vehicles to be banned from entering nearly half of the zone.

Underground, a rain-collection system will be installed to recycle water and prevent the waterfront from being deluged during the city’s rainy seasons.

“The North Bund is expected to become the development model for Shanghai for the next 10 to 20 years,” said Wu Jiang, executive vice president of Tongji University and a member of the planning team for the North Bund.

Hongkou Party chief Wu said the district aims to make the region fully functional in five years. Waterfront redevelopment is due for completion within 10 years.

“Redevelopment of the North Bund will create a new miracle,” Wu promised reporters. 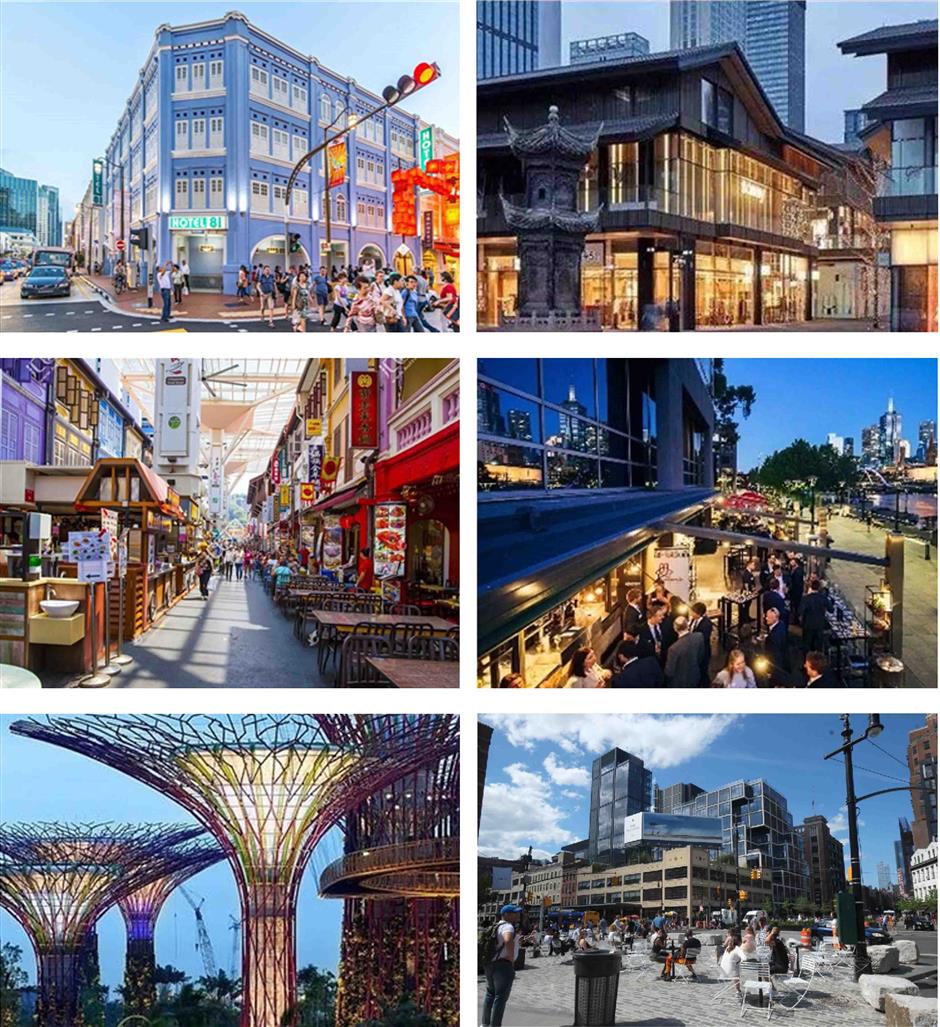