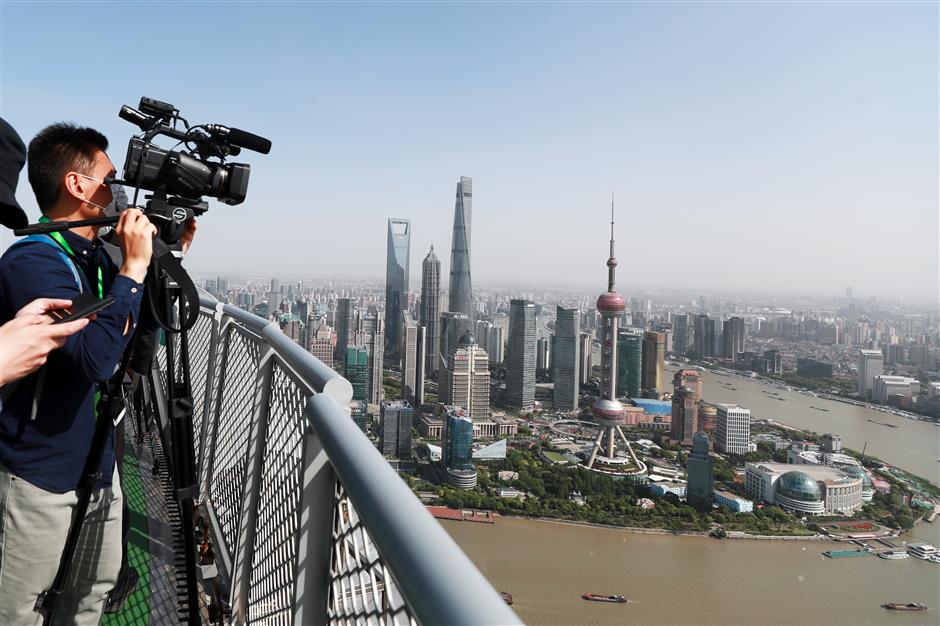 A reporter takes photos of Pudong's Lujiazui area and the Bund on the top of the 320-meter tower of the Sinar Mas Plaza, the current highest building on the North Bund in Hongkou District.

Retired photographer Chen Hengle never tires of the North Bund waterfront where he lived for over seven decades before being relocated to make way for urban redevelopment.

The 73-year-old retiree returns to the riverside in Hongkou District every week, with his camera to record the makeover of his birthplace.

“I witnessed from my own balcony the arrival of the then Indian Prime Minister Jawaharlal Nehru at the North Bund port in the 1950s,” Chen recalled. “And former US President Bill Clinton once got on a cruise ship at the port to tour the Huangpu River in the 1990s.”

Along with the Lujiazui financial hub on the east bank of the river and the Bund on the opposite shore, the North Bund forms Shanghai’s downtown “golden triangle.”

The new blueprint for development calls for the area to become a “new engine” of growth for Shanghai. It will include the tallest building on the west bank of the Huangpu.

“The North Bund will become the new landmark in the city’s north-south development axis and a benchmark for urban development in the future,” he told reporters.

Before Wu came to work in Hongkou in 2016, he said he read the novel “Midnight” by famed Chinese writer Mao Dun (1896-1981). In it, he learned about the history and culture of Hongkou. At the beginning of the novel, the writer introduces the setting of the North Bund. 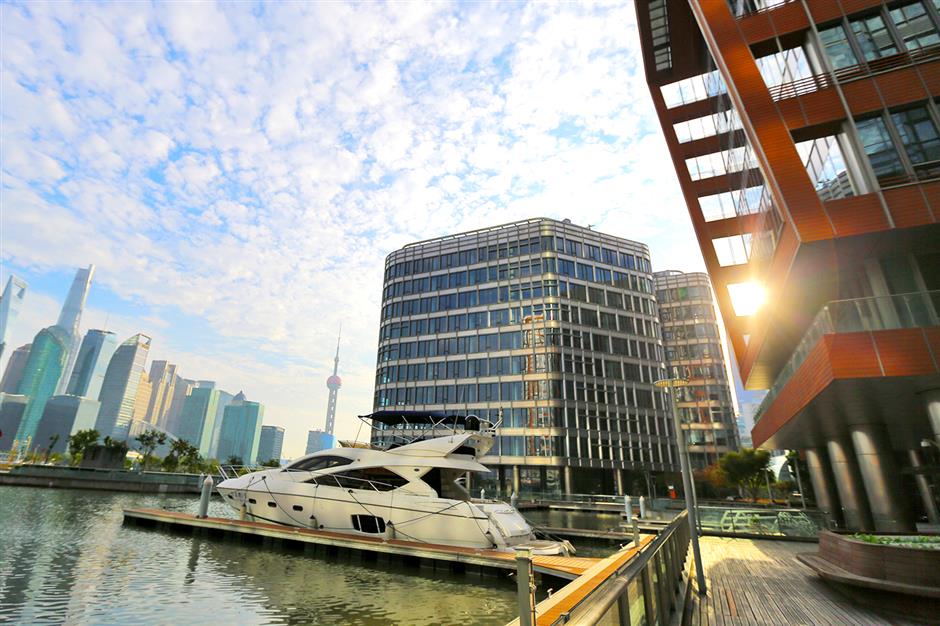 A yacht dock at the North Bund waterfront

Chen’s wife, a retired truck driver with the Shanghai International Port Group on the North Bund, also witnessed the development of the riverside region. She used to drive tow trucks at the No. 3 port until the redevelopment changed the area and was gradually opened to public.

Her former workplace has become the Shanghai International Shipping Service Center, which mainly serves cruise ships from around the world. Sometimes, the couple embarked there on cruises to Japan or other travel destinations.

“China opened its eyes to see the world from the North Bund,” said Party chief Wu.

The history of the North Bund dates back to the late 19th century. The British East India Company built the first barge dock between Dongdaming and Gaoyang roads in 1845, two years after Shanghai opened its port to global business. Over 20 docks and a dozen of warehouses lined the waterfront, making it the most important shipping port in the city.

The North Bund possesses other distinctions. China’s first electric lamp was illuminated there, and it was also the site of the nation’s first telephone call and first movie. Due to its ports, the area absorbed culture, both from China and the world in the 20th century.

During World War II, the shikumen, or unique Shanghai stone-gate residences, in the North Bund offered safe haven for many Jewish refugees fleeing the horrors of Nazi Germany. About 23,000 Jews found shelter in the city, particularly in the Tilanqiao area of the North Bund.

Many historical structures have been preserved and turned into cultural venues. They include the Shanghai Jewish Refugees Museum, which incorporates the historic Ohel Moishe Synagogue; the Dock Culture Museum; and the China Securities Museum, renovated from the famous Astor House Hotel. The Yung Shine Warehouse, known as the largest storage site in the Far East and dating back to the 1930s, is now being converted into the Shanghai Fintech Park.

Historical structures are also being renovated along the Hongkougang River, from which Hongkou got its name. A 3.4-kilometer riverside path along the river is under development. 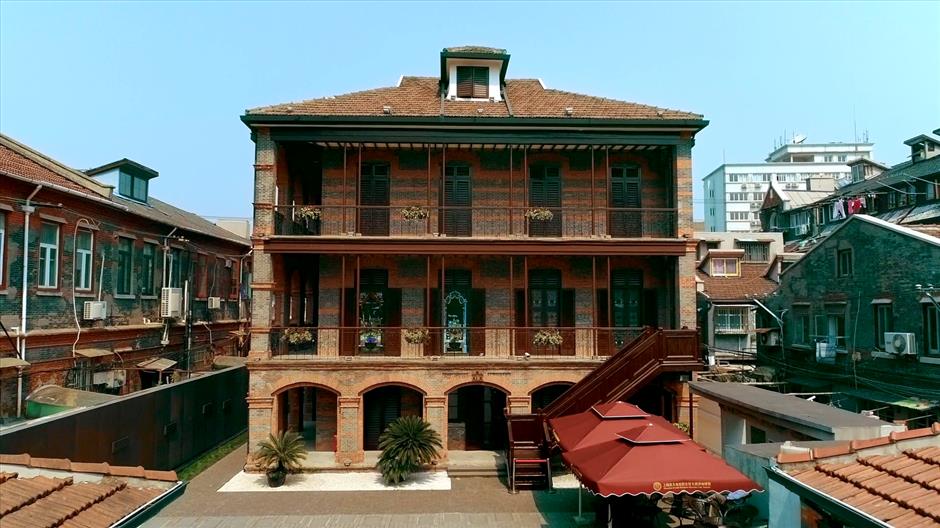 Ark on the Sea

A historic section featuring the history of Shanghai’s Jewish refugees will be developed at the North Bund to become a new cultural landmark in the city.

The “Ark on the Sea” will be created around the Tilanqiao area. It will include the century-old Tilanqiao Prison, formerly known as Ward Road Gaol; the Xiahai Temple, dating back to the Qing Dynasty (1644-1911); and neighborhoods that once harbored Jewish people fleeing Nazi persecution.

Within the region, the Shanghai Jewish Refugees Museum is being expanded to almost four times its current size to accommodate new exhibitions and visitor numbers that have increased 10-fold since the museum opened its doors in 2007.