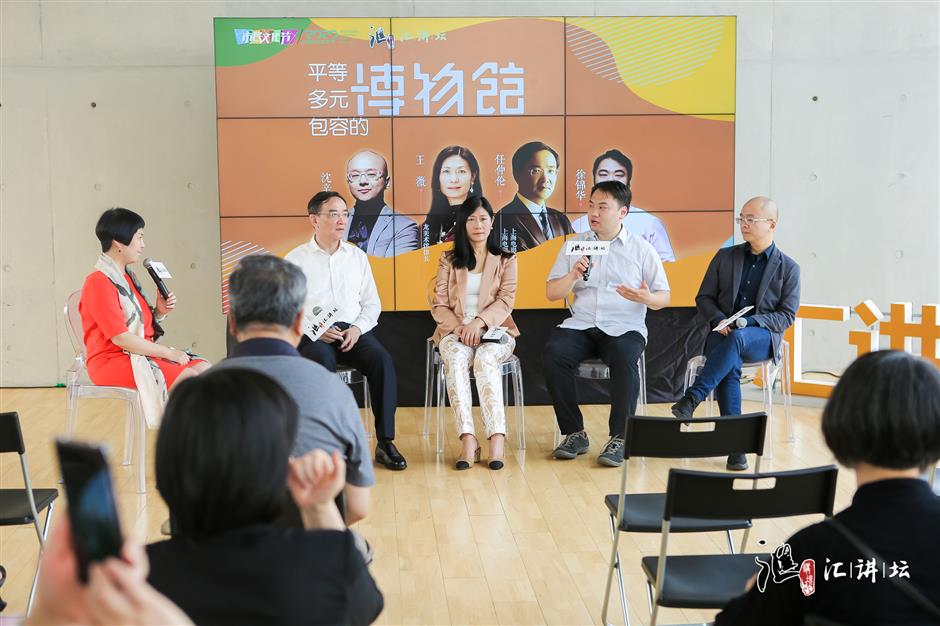 Curators and experts from local museums discuss the relationship between museums and the city at the West Bund waterfront on Saturday.

Downtown Xuhui District is celebrating International Museum Day, which falls on Monday, with special exhibitions, public events and lectures over the weekend.

Seventeen museums in Xuhui, including  popular sites such as the historical Shanghai Meteorological Museum, Bibliotheca Zi-Ka-Wei and the private Long Museum, are open to the public for free from Saturday through Monday. The Shanghai Film Museum offers half-price entry.

Teachers from Xuhui High School and Elementary School Affiliated to Jiao Tong University gave lessons at the Shanghai Meteorological Museum, originally the Observatory of Zi Ka Wei dating back to 1872 and the Shanghai Insect Museum.

Many artworks showcasing the city's heritage skills are being exhibited at the Tou-Se-We Museum. Experts and historians explain the history of the skills and the museum to visitors.

Xuhui's characteristic public lecture brand Hui Forum invited curators and experts from local popular museums to discuss the relationship between museums and the city at the West Bund waterfront on Saturday.

Ren Zhonglun, curator with the Shanghai Film Museum, introduced the history of Chinese movies and the important role that Shanghai has played.

"The urban spirit of Shanghai such as tolerance and diversity helped the wide promotion of the film industry in Shanghai in early 20th century," Ren told the audience.

His address was also broadcast on the Internet, for those at home due to the coronavirus. 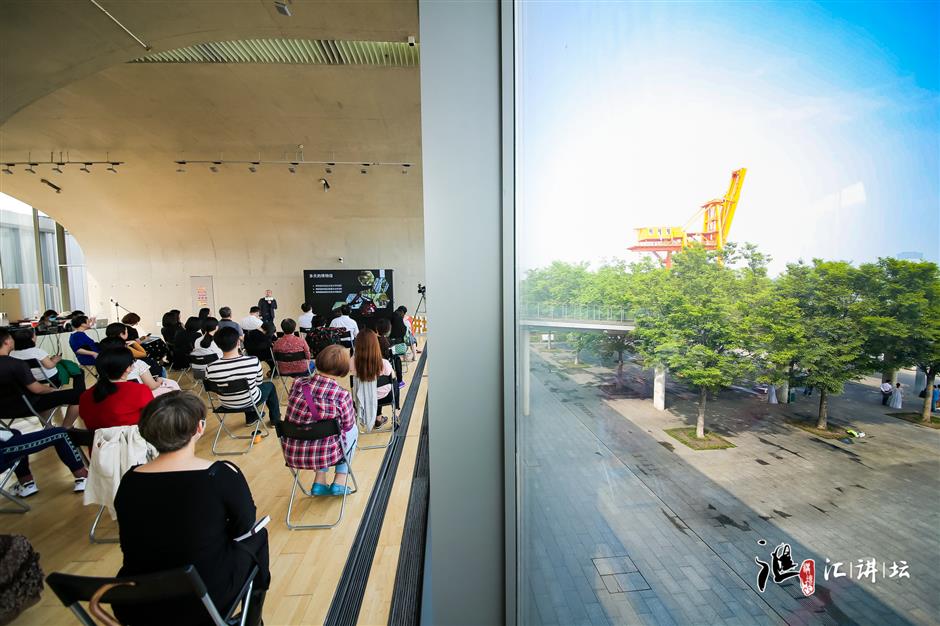 Ren said the museum, which opened in 2013, plans to invite more famous directors and artists to talk with  visitors in future.

The museum has hosted more than 340 events and public lectures annually in the last seven years, he added.

Wang Wei, curator of the Long Museum, said the private institute is planning a major exhibition to celebration the 10th anniversary of the museum in 2022. The popular museum was closed for two month due to the COVID-19 outbreak and reopened in late March.

It offers free admission on the first Tuesday every month. It will remain open on Monday, when it normally closes, for Museum Day, Wang said. Many young visitors braved the sunshine to line up in front of the museum on Saturday afternoon.

Xu Jinhua, an official with the Bibliotheca Zi-Ka-Wei, shared its history and precious collections with the audience.

The branch of the Shanghai Library is adjacent to St Ignatius Cathedral in Xujiahui and home to more than 50,000 old books in Western languages and 560,000 books and other printed material published before 1950.

Built in 1847 by Jesuits, the 173-year-old Bibliotheca Zi-Ka-Wei used to be the St Ignatius Catholic Library. By 1897, the library had outgrown its space and a new two-story, 12-room library was planned, Xu said. 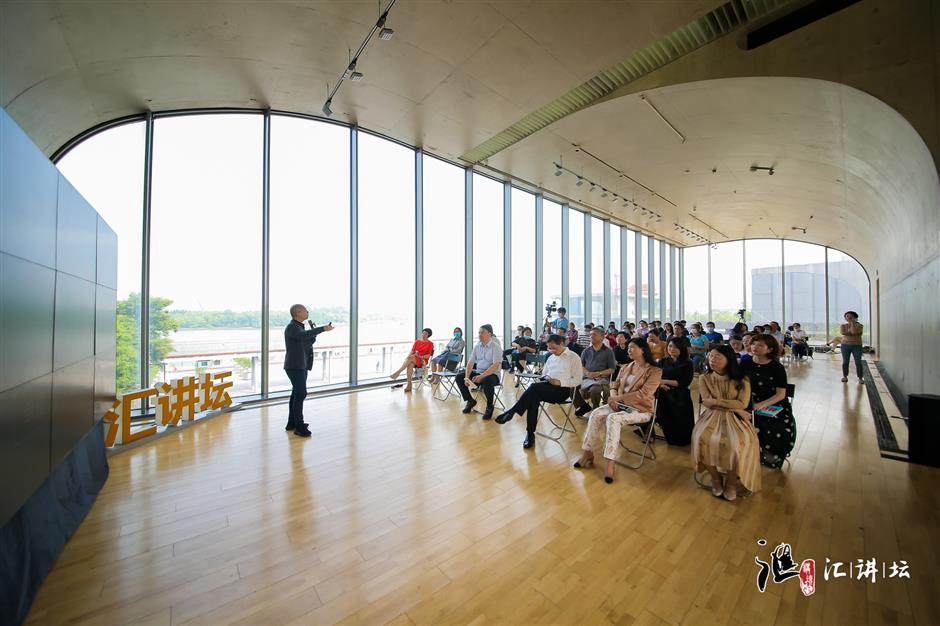 Curators and experts from local museums.

Special Reports
ADVERTISEMENT
Lectures, public events celebrate Museum Day in Xuhui
Microfilm to raise awareness of caring and respect for disabled
TCM effective weapons to defeat coronavirus epidemic in Wuhan
Drones banned from specific areas to enhance safety
No new local or imported cases reported in the city
Extra precautions at railway stations for passengers traveling to Beijing
Officials discuss integration of high-tech industry and education
Radio drama highlights efforts of Shanghai medical teams in Wuhan
Up, up, and away for air crew students from poor counties
First to third graders in city set to return to class on June 2
EXPLORE SHINE