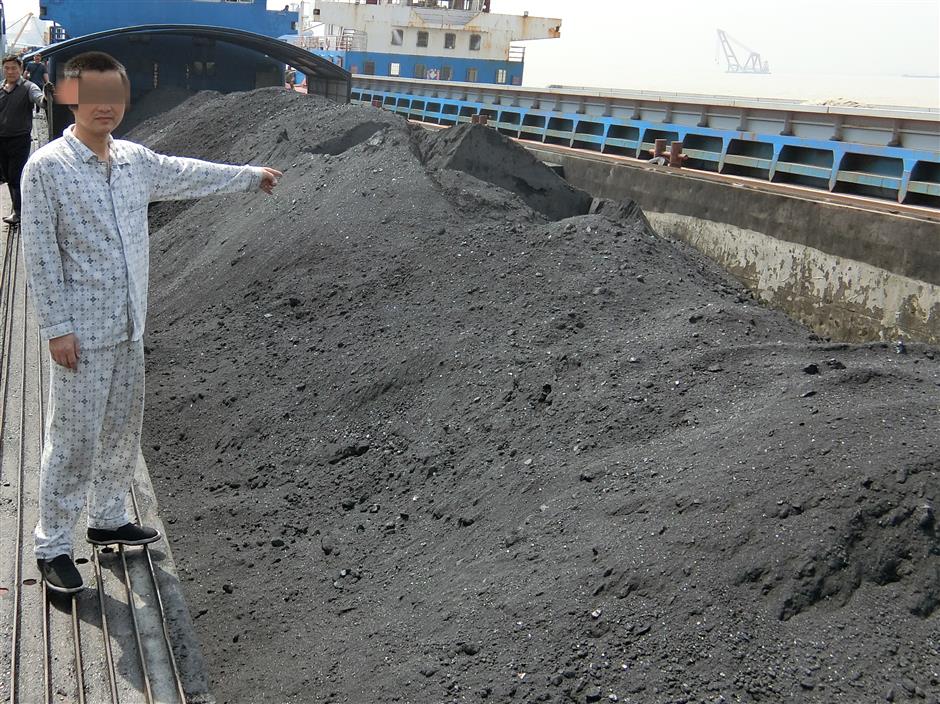 An undocumented sailor with the cargo of coal.

A ship smuggling coal was seized by the Coast Guard on May 14, the agency announced on Sunday.

A Coast Guard vessel on patrol near Changxing Island came across the ship that had been modified to include a cover in the front portion.

Coast Guard officers found the ship was loaded with 5,000 tons of coal and had no proper freight documents. The three crew members also had no sailors’ certificates.

The ship was seized.

At 8pm the same day, the Coast Guard boarded a ship with some 5,000 tons of sea sand  in the Chongming area. There was no documentation relating to the cargo.

The Coast Guard warned that the illegal mining of sea sand is detrimental to the ecology. The use of sea sand in construction on land can affect the quality of the building, it added. 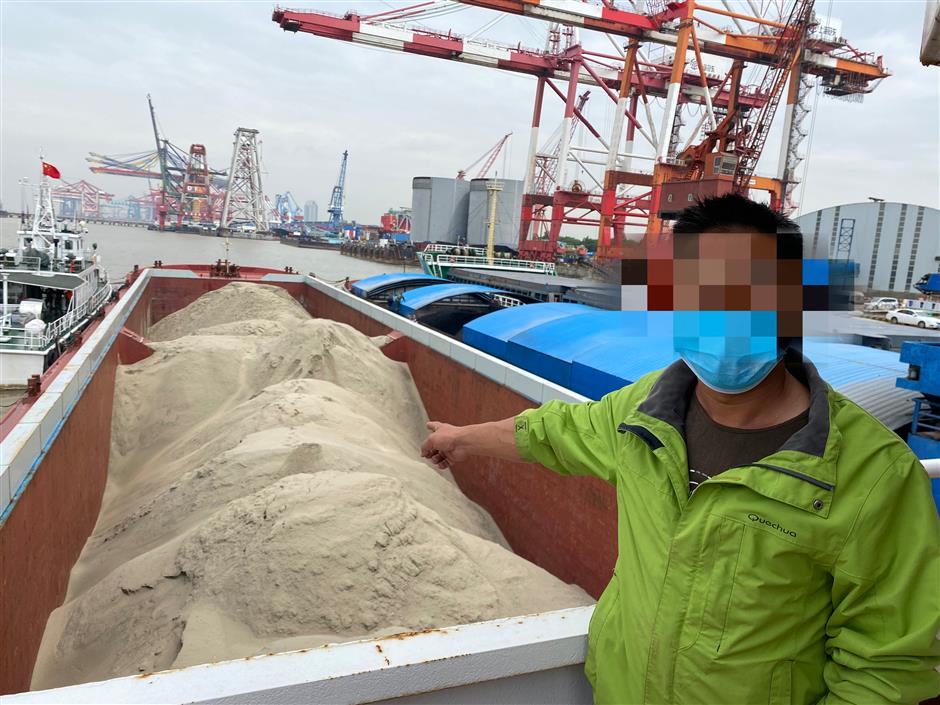 A sailor with the cargo of sea sand.