Jewish residents and local officials attend the "Greetings from Shanghai and its Jewish Residents" event at the White Horse Inn in Hongkou District on Sunday.

Members of the local Jewish community celebrated their friendship with Shanghai on Sunday with officials and artists at the famous White Horse Inn in Hongkou District.

About 20 Jewish residents attended the event titled "Greetings from Shanghai and its Jewish Residents."

The historic inn has been rebuilt close to the Shanghai Jewish Refugee Museum in Hongkou District.

Guests were welcomed with a duet performance of the popular Jewish folk song Donna Donna by the Shanghai Musical Arts Center.

The lyrics were written by renowned Jewish poet Aaron Zeitlin and the song is known around the world.

The Shanghai Philharmonic Quarter then performed Mozart’s Divertimento and the 5th Hungarian Dance by Brahms.

"The friendship between the Jewish people and Chinese people has been tested by life and death," said H.E. Amb. Lin Songtian, President of the Chinese People's Association for Friendship with Foreign Countries. "No matter how far apart we are, we can always share sympathy and support with each other." 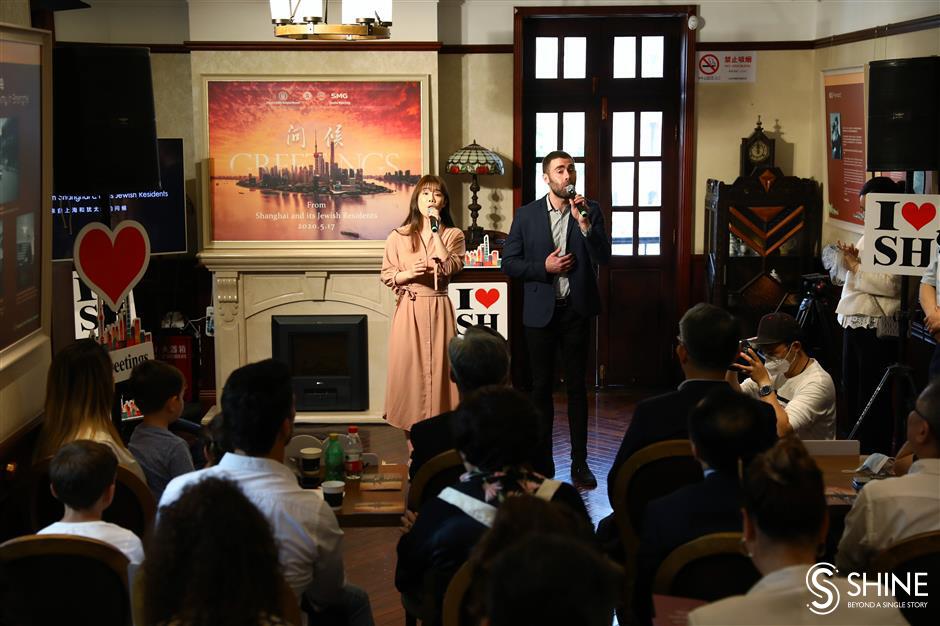 During the war, about 23,000 Jews who fled Nazi-occupied Europe found shelter in the city. Most lived in the Tilanqiao area around the inn and established deep friendships with local residents.

“The activities we do today about Jewish culture in Shanghai shows the world that the only way to overcome challenges is when we come to unite and support each," said Shalom Greenberg, a local Jewish resident.

Led by Greenberg, the city’s Jewish community donated more than 20,000 face masks and hand sanitizers to local elderly residents, children and doctors during the coronavirus (COVID-19) outbreak in China between January and March.

After the COVID-19 outbreak in Israel, by the end of March, a support project was soon initiated and received generous donations from Chinese companies, alumni associations and institutes.

Ahead of the gathering, the Consulate General of Israel in Shanghai held a special Thanksgiving Planting event in front of the inn to thank those who donated medical products and money to Israel during the pandemic.

The White Horse Inn, also known as Zum Weissen Rossi’l, was firstly opened on Changyang Road in 1939. It was rebuilt in 2015 according to the original blueprint. It stands opposite the museum, 100 meters from its former location.

The museum is being expanded to almost four times its current size to accommodate new exhibitions and visitor numbers that have increased 10-fold since the museum opened its doors in 2007, according to Chen Jian, curator of the museum. 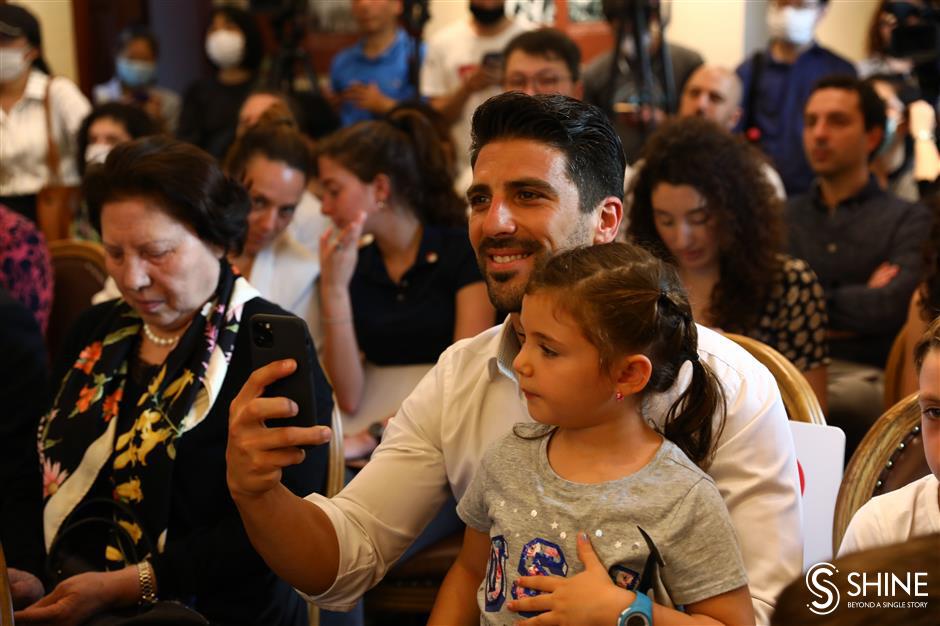 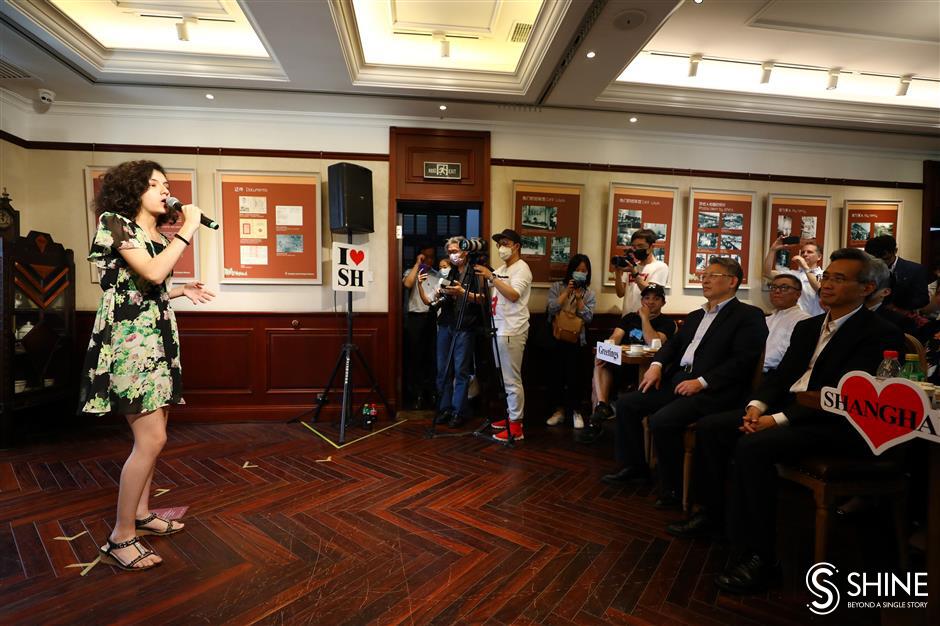 A singer performs for "Greetings from Shanghai and its Jewish Residents." 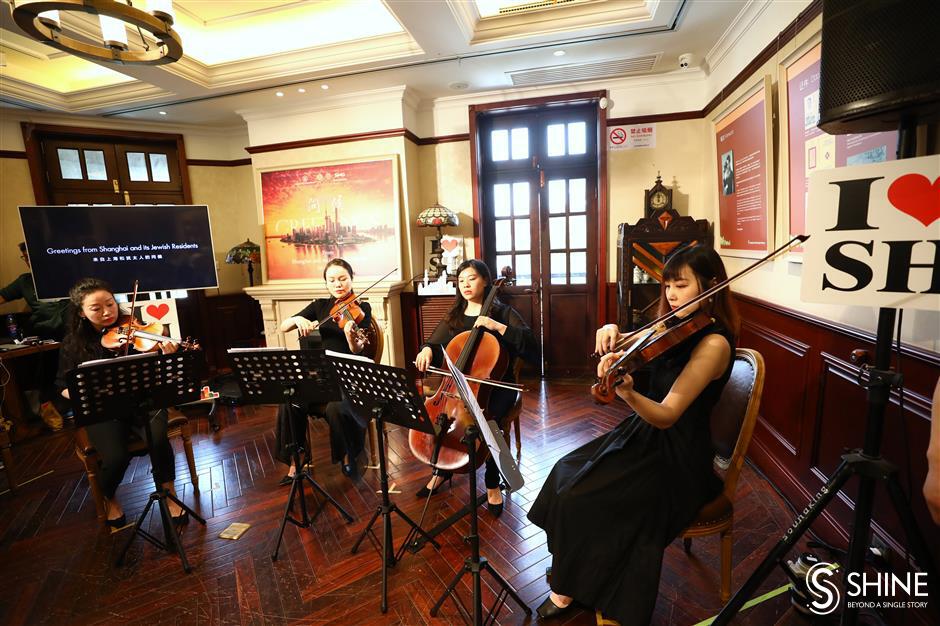