Visitors take photos at an exhibition on Shanghai's landmark buildings at the LEGOLAND Discovery Center on Tuesday.

Popular attractions in the Changfeng area of Putuo District received a large number of visitors on Tuesday, which is the annual China Tourism Day.

With strict coronavirus prevention measures, Changfeng Park, Changfeng Ocean World and LEGOLAND Discovery Center Shanghai have seen a rapid rebound in the number of visitors. The sites were closed after the COVID-19 outbreak and reopened in March as the epidemic waned.

Parts of the attractions, such as four-dimensional theaters at the ocean world and the Lego center, remain closed to ensure safety, while the number of visitors is limited.

Visitors must receive temperature checks before entering the sites. Staffers are disinfecting the facilities more frequently.

At the LEGOLAND center, public areas are being sterilized once every two hours, while the toilets are disinfected once a hour. The entertainment facilities are disinfected for every customer. The air conditioning has been shut down and replaced by a ventilation system to ensure fresh air at the indoor site.

A daily limit of 2,500 visitors has been set for the ocean world, which has a capacity to receive 10,000 daily visitors, said Ye Xianda, general manager with the ocean park and the LEGOLAND center.

The ocean park has also launched an online adoption campaign. Visitors can adopt one of the 5,000 precious fish at the ocean park and follow their growth through the Internet, Ye said. 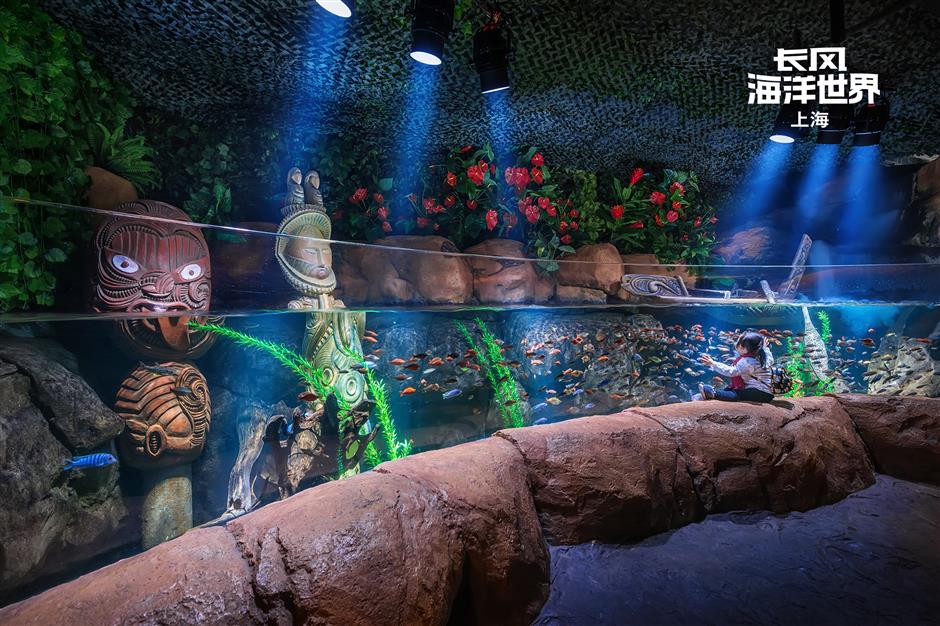 A visitor at Changfeng Ocean World.

For Children’s Day on June 1, the ocean world has teamed up with the popular children's TV series "The Octonauts" to stage a variety of activities which will help young visitors learn about ocean and marine creatures, and raise their awareness of ocean protection, Ye said.

The ocean world is famous for two beluga whales which have recently left their home in the park for the world’s only open water sanctuary for beluga whales in Iceland.

An exhibition has been launched about the current living condition of the whales — Little White and Little Gray, both 14 years old — for local visitors.

At Changfeng Park, visitors are encouraged to pick up fruit peels, paper, cigarette butts and other waste on the ground. Five such waste types can be exchanged for a gift from the park. The practice is part of events for the 10th China Tourism Day to promote civilized travel habits among visitors, said Luo Ying, an official with the park. Over 300 visitors to the park took part in the event on Tuesday.

The M50 art hub, which has yet to fully reopen, has launched a three-dimensional online exhibition for tourism day.

The month-long exhibition features works from 19 galleries at the art park. The works on display are available for sale online.

May 19 has been China Tourism Day since 2001 to commemorate Xu Xiake (1586-1641), a Ming Dynasty traveler, geographer, historian and man of letters who began his famous travel journal on that day. 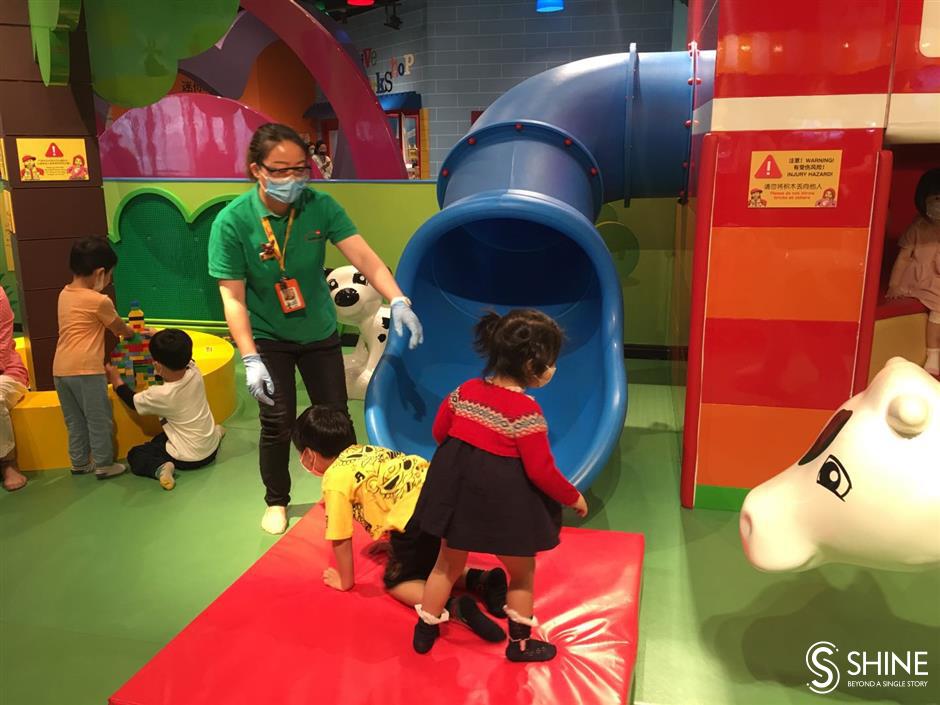 Children play at the LEGOLAND Discovery Center on Tuesday. 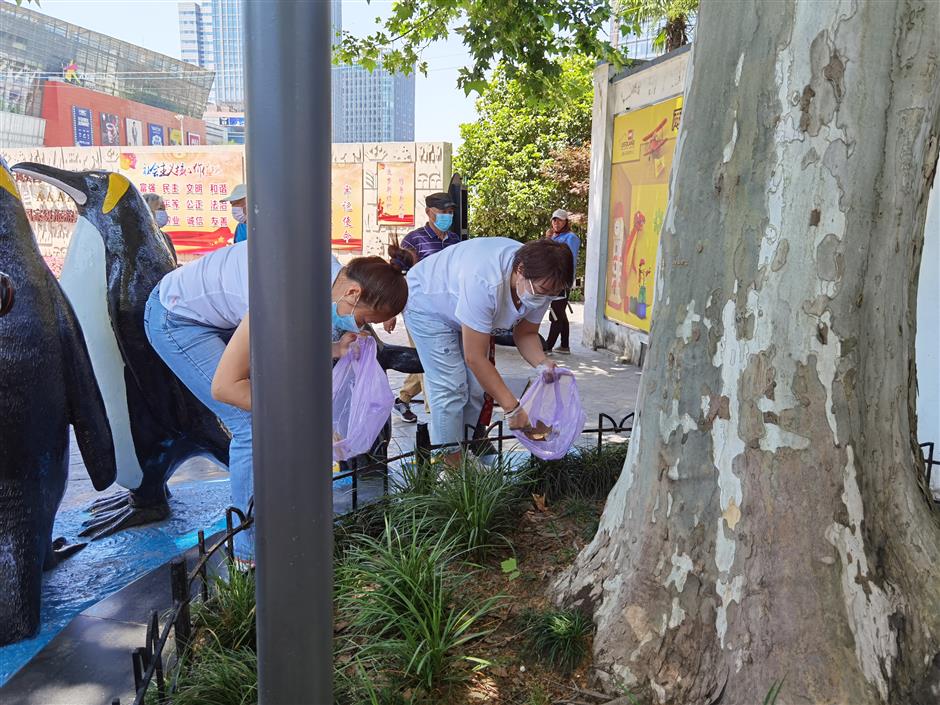 Visitors take part in a waste clean-up campaign at Changfeng Park on Tuesday.