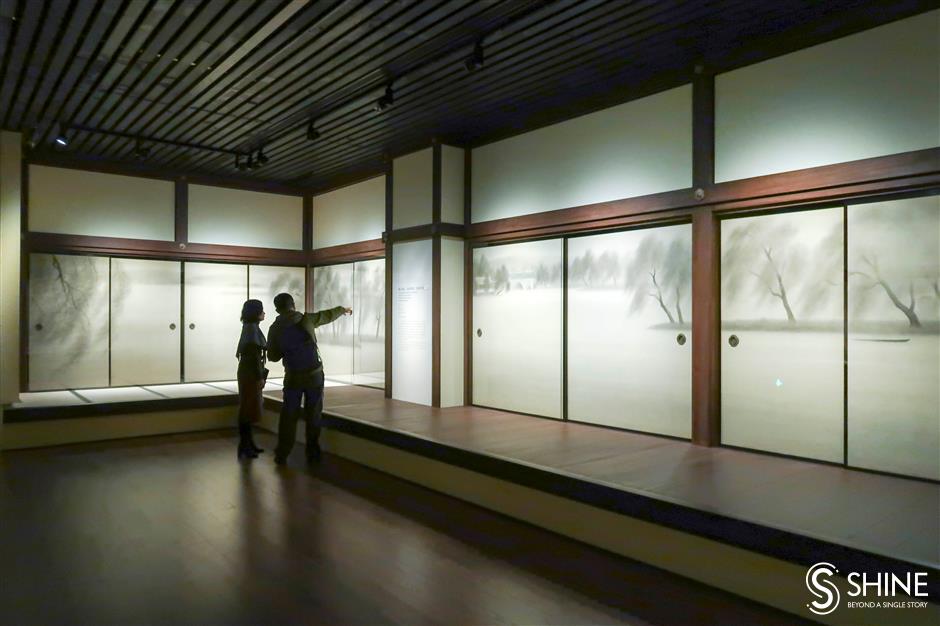 Visitors at the "A Blessing Over the Sea: Cultural Relics on Jianzhen and Murals by Higashiyama Kaii from Toshodaiji" exhibition at Shanghai Museum.

The cultural relics of Jianzhen, a Chinese monk in the Tang Dynasty (AD 618-907) who traveled to Japan to spread Buddhism, and works by modern Japanese painter Higashiyama Kaii will be shipped to Japan over the weekend.

They featured in an exhibition — "A Blessing over the Sea: Cultural Relics of Jianzhen and Murals by Higashiyama Kaii from Toshodaiji" — which opened in December last year and was due to end on February 16. However, the coronavirus pandemic forced the museum to close on January 24. When it reopened on March 13, the exhibition was extended to March 28.

However, the pandemic meant no one could come from Japan and local museum staff had to pack the exhibits.

Staff from a professional artwork freight company loaded them onto trucks on Friday morning and they arrived at the Shanghai International Cruise Terminal in the afternoon. They are due to arrive in Kobe, Japan, on the vessel Xinjianzhen early next week.

To ensure no problems on their way to the port, the frontier defense and port shipping branch of Shanghai police, which was newly established on Tuesday, set up a special team to accompany the exhibits.

People who helped move the exhibits to the vessel wore protective clothing and received security checks.

Feng Yixuan, deputy head of the Bund water police office with the frontier defense and port shipping branch, said it worked with the customs to check identities and health codes.

Feng said officers would be on patrol around the clock to ensure the safety of the exhibits until they left the city. 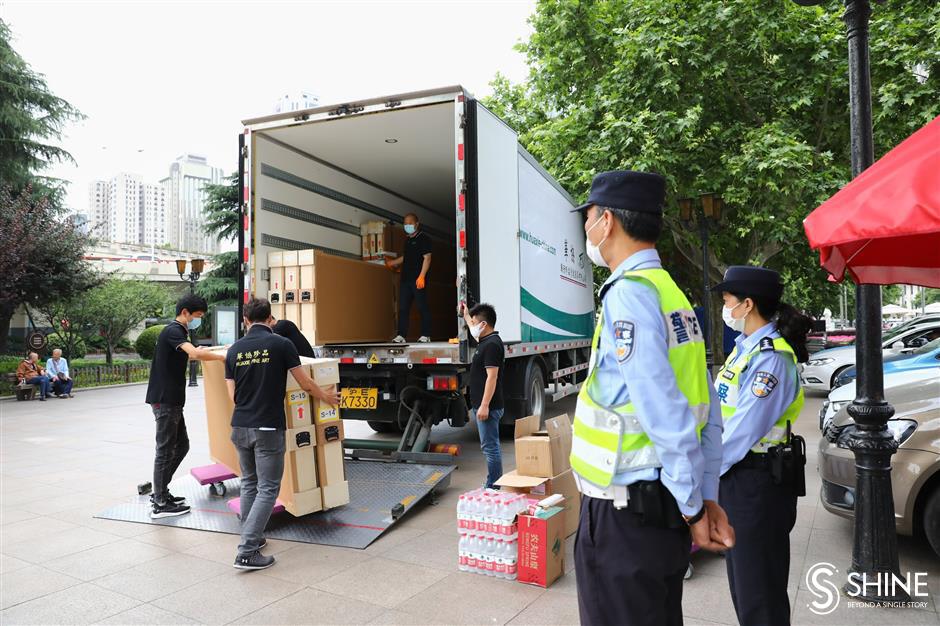 Staff from an artwork freight company load a truck with exhibits as two police officers from the frontier defense and port shipping branch look on. 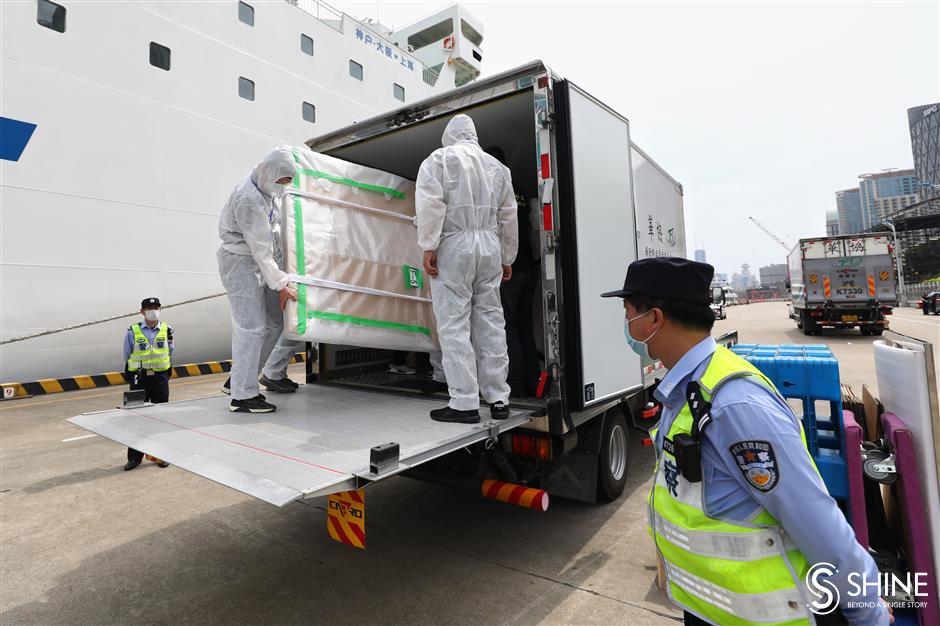 Workers in protective clothing move the exhibits to a vessel docked at the Shanghai International Cruise Terminal. 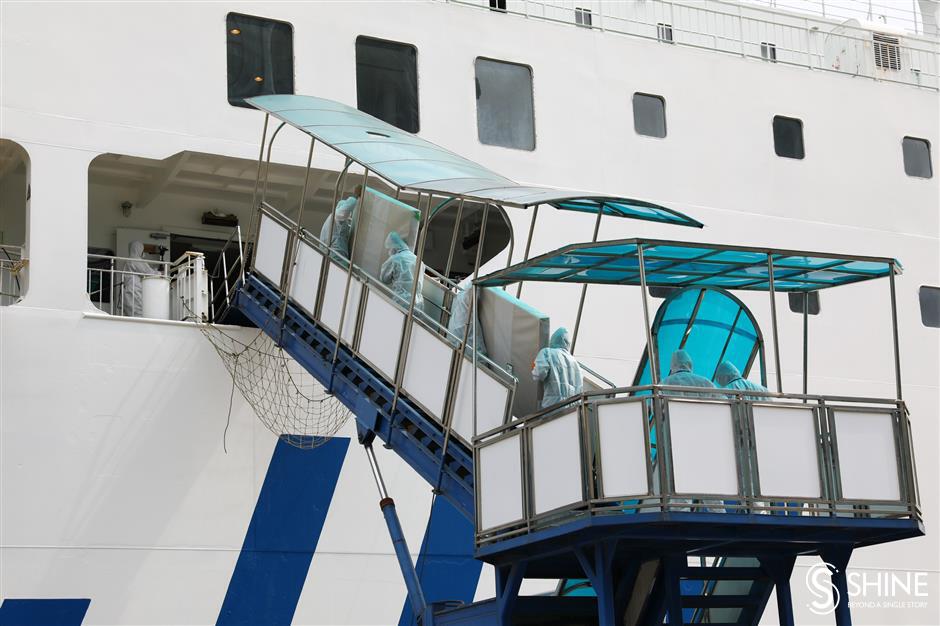 Exhibits are loaded onto the vessel Xinjianzhen, which will set sail for Japan over the weekend.