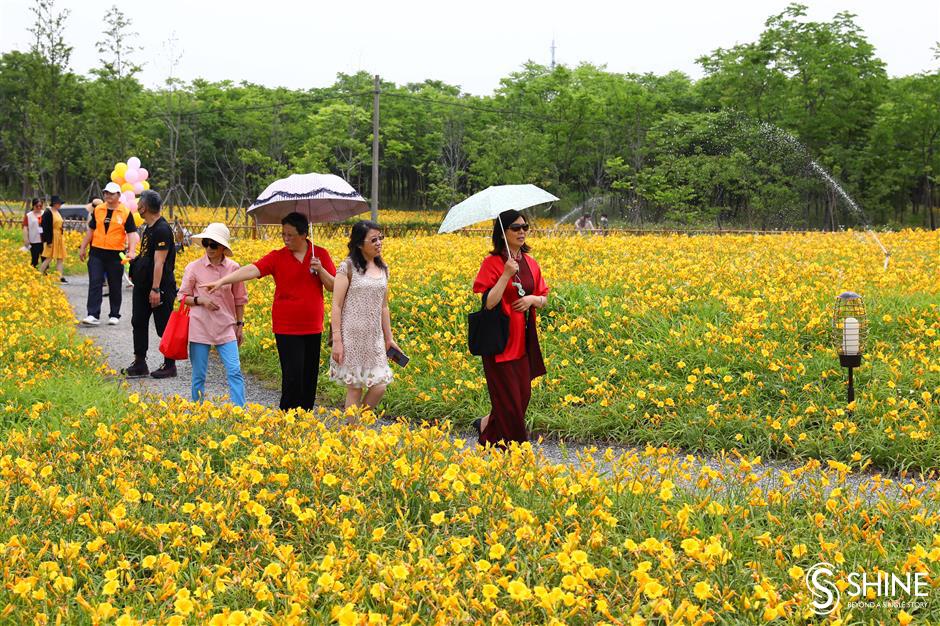 Baoshan medical workers and their families were the first group of visitors to the "Mother's Flower Culture Festival" in north Luojing Town.

Twenty Baoshan medical workers who helped in the fight against the COVID-19 pandemic in Wuhan were invited to the nation's first "Mother's Flower Culture Festival" in north Luojing Town on Saturday.

The doctors and nurses from hospitals in Baoshan District visited the newly unveiled Mother's Flower Culture Park with their families.

The park in Tangwan Village features more than 100 varieties of daylilies, which represent filial piety in traditional Chinese culture and date back to Tang Dynasty (618-907 AD).

The daylilies in the 34,000-square-meter park are in full bloom. Boardwalks, bridges, flower fields, sculptures, creeks and a conservatory have been built among the flowers.

"It is the first group activity after the team returned to Shanghai from Wuhan," said Zhao Bo, the leader of the Baoshan medical team. "The members with their family members felt very relaxed walking along the paths."

The medical workers were also invited to experience farm work at the rural town, such as crayfish harvesting and fruit picking.

Shanghai dispatched a total of 1,649 medics in eight teams to the central Chinese city starting on January 23, two days ahead of the Spring Festival. All  have now returned home with no cases of infection.

The festival, to run through June 30, is expected to become a new tourism attraction in the city's northern outskirts and boost the incomes of nearby villagers, said Yang Xin, the director of Luojing.

Villagers of Tangwan are encouraged to plant daylilies and develop tourism merchandise based on the flower.

Dried daylily buds are among the most notable edible flowers in China. In the country’s poverty alleviation drive, planting the flower has become an effective means to bring income to farmers in the northwest.

While the carnation is widely regarded as a symbol of filial piety elsewhere, China has its own "mother flower" the millenia-old daylily, according to the township government. 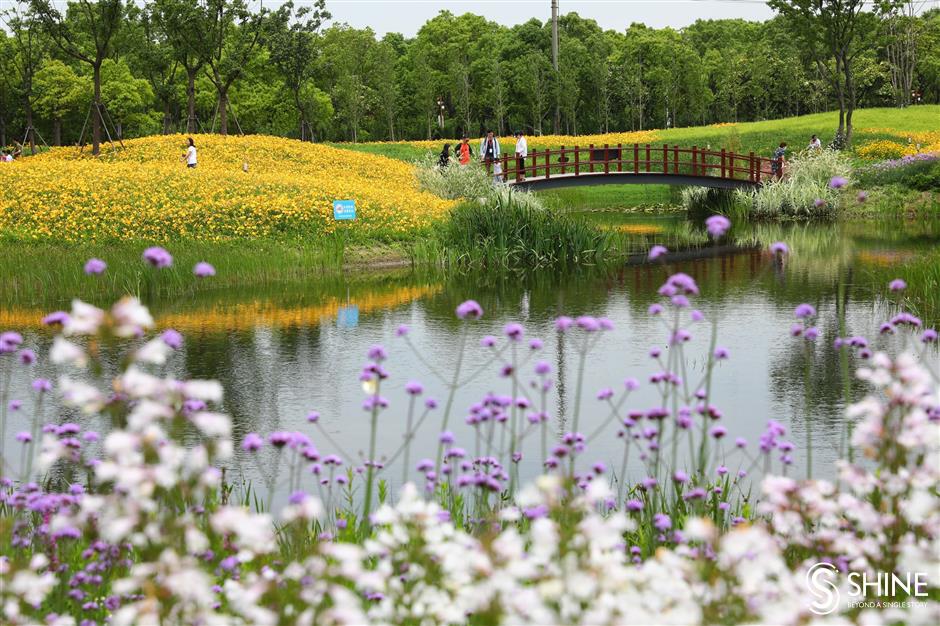 Attractive bridges have been built in the park.

Poets began celebrating motherhood with daylilys in poems in the Tang and Song (960-1279) dynasties.

The culture park in Tangwan not only showcases the flowers but also highlights related ancient poems and paintings as well as the flower's wide application in landscapes,  and water and soil conservation.

Tangwan has been listed as one of the city's nine "demonstration" villages for implementing the central government's "rural revitalization" plan.

The national strategic program from 2018 to 2022 aims to promote the revitalization of villages and speed up the modernization of agricultural and rural areas.

Baoshan village near the mouth of the Yangtze River features vast and fertile farmlands, forests, ponds and 20 rivers. The rice it produces has won major awards for six consecutive years.

Tangwan has developed a maternal and infant manor to take care of new mothers during their month-long "confinement period."

Villagers are being encouraged to convert their spare spaces into more  confinement, or yuezi, centers.

Thirty such centers are expected to open in Tangwan to attract new mothers from downtown to receive care while enjoying the fresh air and village life.

The practice of new mothers taking a month of prescribed rest after birth is rooted in Chinese tradition. It’s called zuo yuezi, or “one-month sitting.”

According to the blueprint, the maternal manor in the countryside will serve 1,000 new mothers and their babies a year. More than 5,000 young couples with newborn babies can take vacations and receive family education in the village.

An industrial chain for maternal and infant care has also been planned. Companies specializing in milk powder, infant clothes and baby photography are negotiating for shops. A training center for maternity matrons, or yuesao in Chinese, has opened to train villagers and nearby inhabitants as professional babysitters. 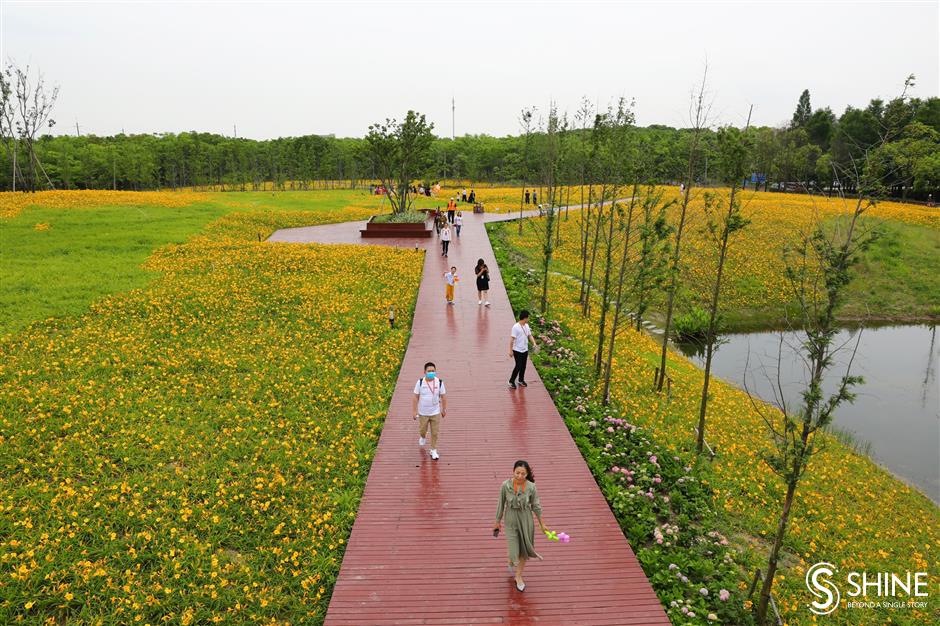 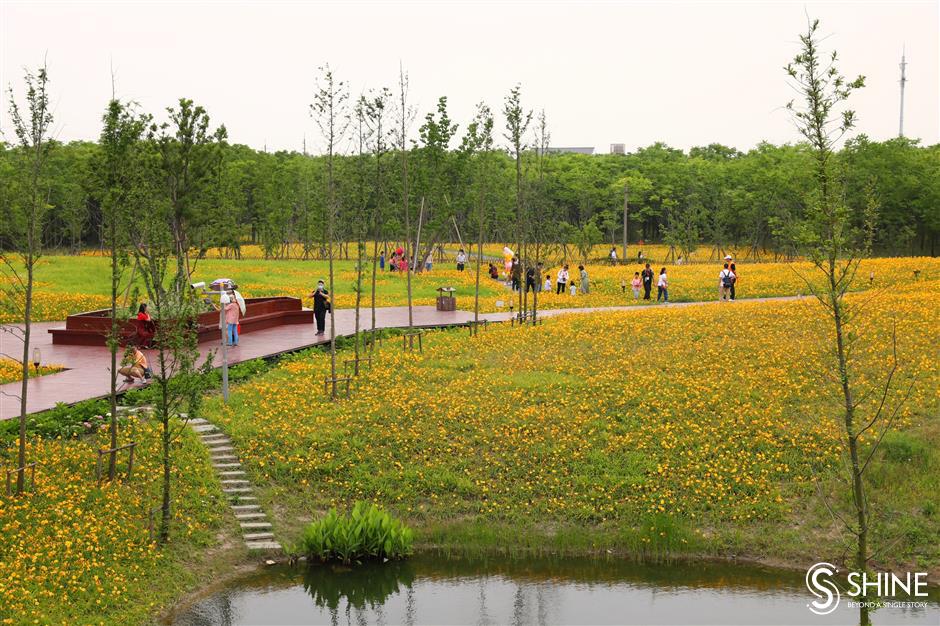 Trees and flowers are an attractive combination. 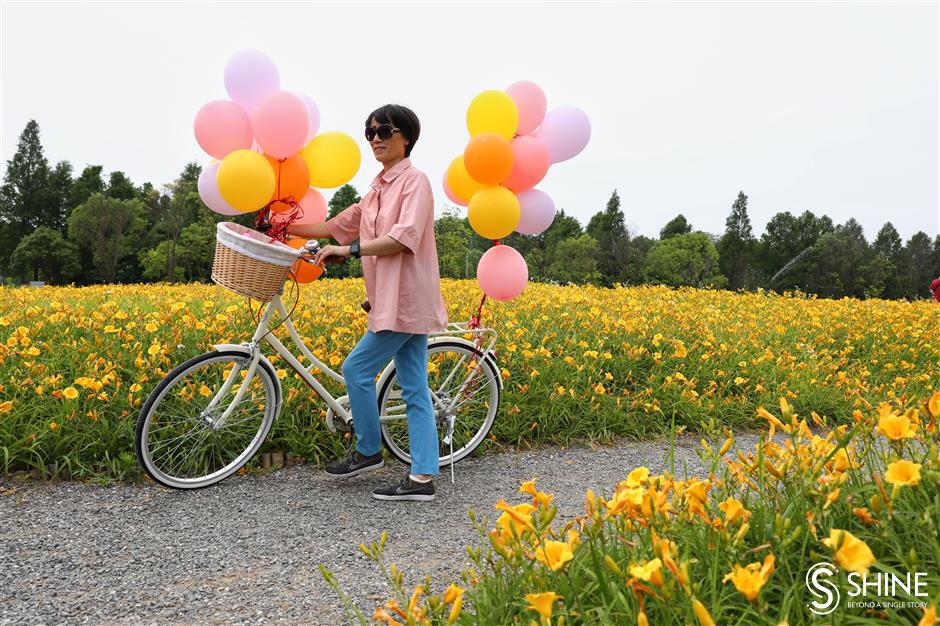 Balloons add to the color. 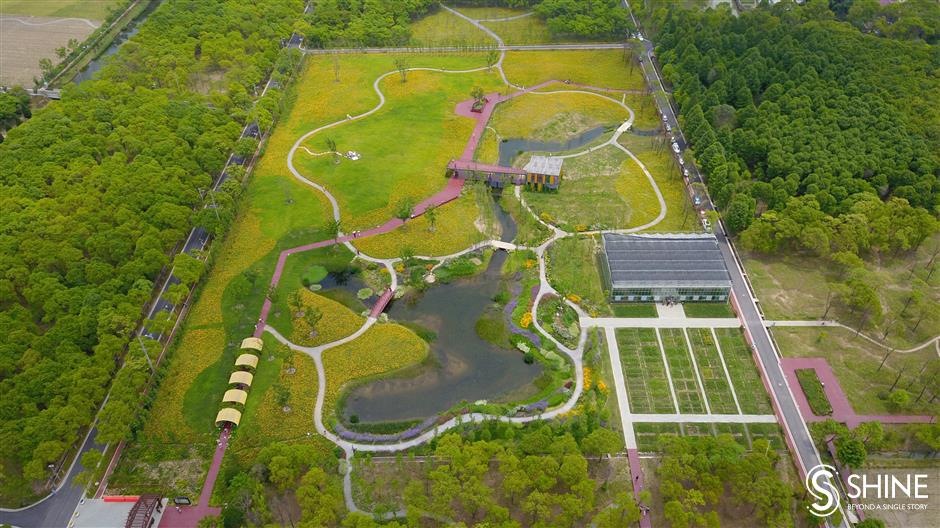