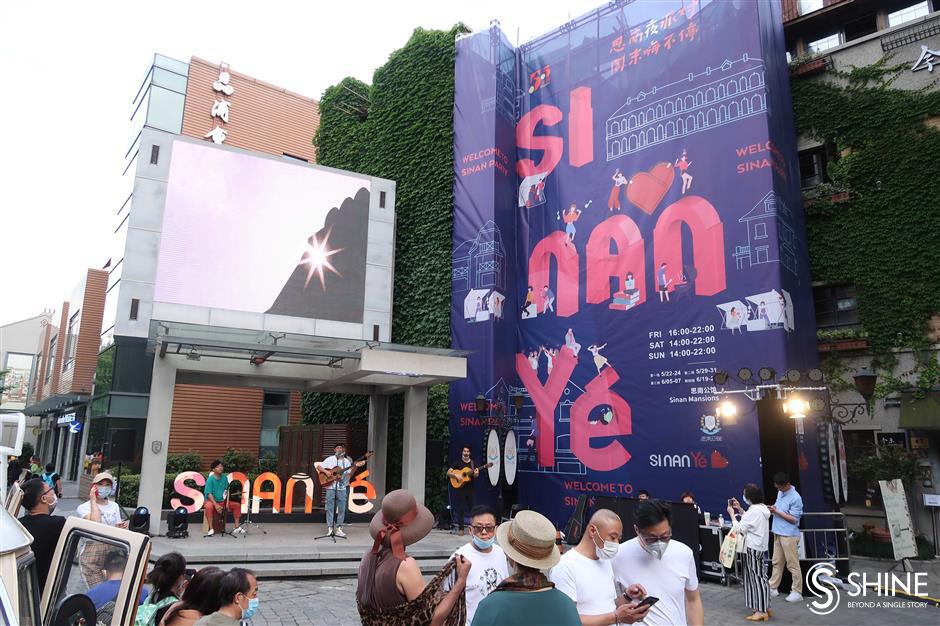 The "Sinan Yé," or Sinan Night activities are held at Sinan Mansions every Friday, Saturday and Sunday from the afternoon through to 10pm.

A nightlife party featuring outdoor bazaars, food stalls, art exhibitions and other cultural events will be held at the historical Sinan Mansions every weekend through to June.

The "Sinan Yé," or Sinan Night activity, was launched over the weekend at the century-old venue and will be held every Friday, Saturday and Sunday from the afternoon through to 10pm for a month.

The summer party in six sections, bazaar, eatery, art house, concert, reading party and museum, is part of an effort to boost the city's nightlife economy.

The mansions, the only wholly preserved historical garden villa complex downtown, include more than 50 historic villas in various styles. Many were former residences of celebrities such as poet Liu Yazi (1887-1958) and Peking Opera master Mei Lanfang (1894-1961). Some have been converted into hotels, cafes, restaurants and shops.

The Life Bazaar section invites more than 80 popular business operators to exhibit and sell fashion products from domestic brands, original designs, traditional handicrafts and artworks. The stall owners will not only promote their products but also share their understandings of art with customers. 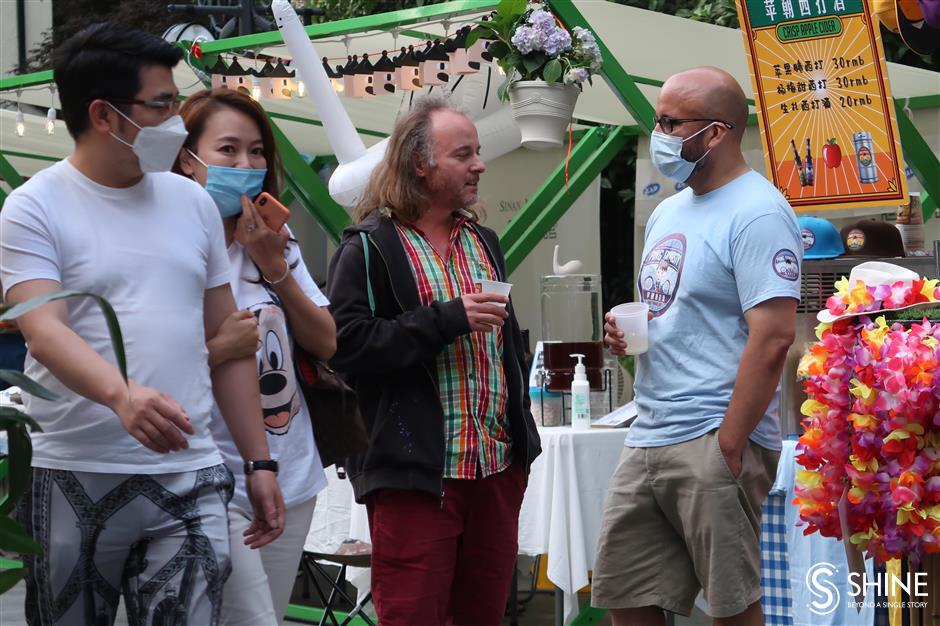 Visitors enjoy drinks at an outdoor bazaar in the Sinan Mansions.

The Late Night Canteen section invites Michelin-starred, award-winning and wanghong, or online sensation, restaurants to set up food stalls at the mansions. The eateries at the mansions are required to prolong their operations till late night.

The Outdoor Music Party is themed on the "Power of Chinese Jazz." Live concerts will held at the open-air plazas across the mansions.

Visitors can also enjoy night tours around nearby museums. Volunteers will introduce the history of the historical structures. Sinan Book Club will host classic book recitations and invite individuals to read privately at a bookstore  at night.

The festival to attract visitors mainly at night is part of the ongoing campaign for Shanghai to revive its nightlife after shutting down noisy late-night bars and eateries over the past few years in response to residents’ complaints. The revival is part of the city government's efforts to become an international shopping destination. 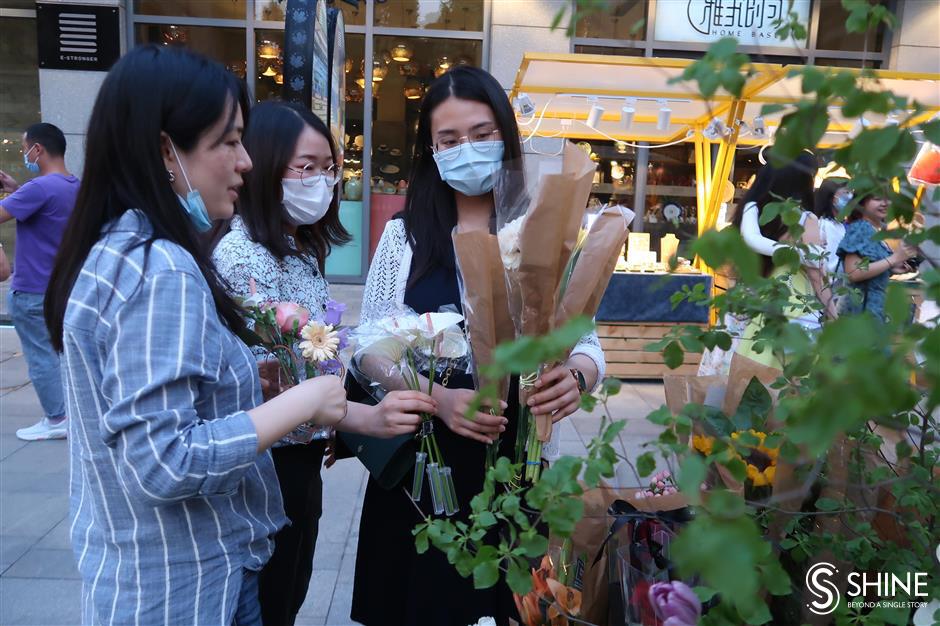 Visitors shop at a bazaar at the Sinan Mansions.

The city aims to develop a prosperous nightlife economy between 7pm and 6am. Bars that meet requirements will be allowed to have tables on the street at certain times. Some streets will be closed to traffic.

The district said it will reference the world's leading nightlife cities, such as London and New York, to create a prosperous downtown in the evening.

A number of landmarks have been listed as test areas to boost after-dark spending. Apart from the mansions, other sites include Xintiandi, Found 158, Yuyuan Garden Malls, the Bund, Nanjing Road Pedestrian Mall and the Cool Docks.

Elsewhere in the city, an "18:30pm Night Market" has been launched at the Yuyuan Garden Malls, featuring products from the city's time-honored brands, bazaars and art exhibitions.

Local citizens and tourists are invited to spend a day of traditional Shanghai life with their families at the malls.

The event organized by Show Life, a Huangpu-based theater and art performance zone, is a warm-up for the future reopening of theaters and performance venues, a Huangu official said. It will also help to restore the popularity of the iconic malls after the COVID-19 outbreak.

Local art and cultural performances and activities have been suspended since the novel coronavirus outbreak in late January. As the pandemic wanes in China, the State Council has released a guideline for the gradual reopening of theaters and other indoor cultural venues. 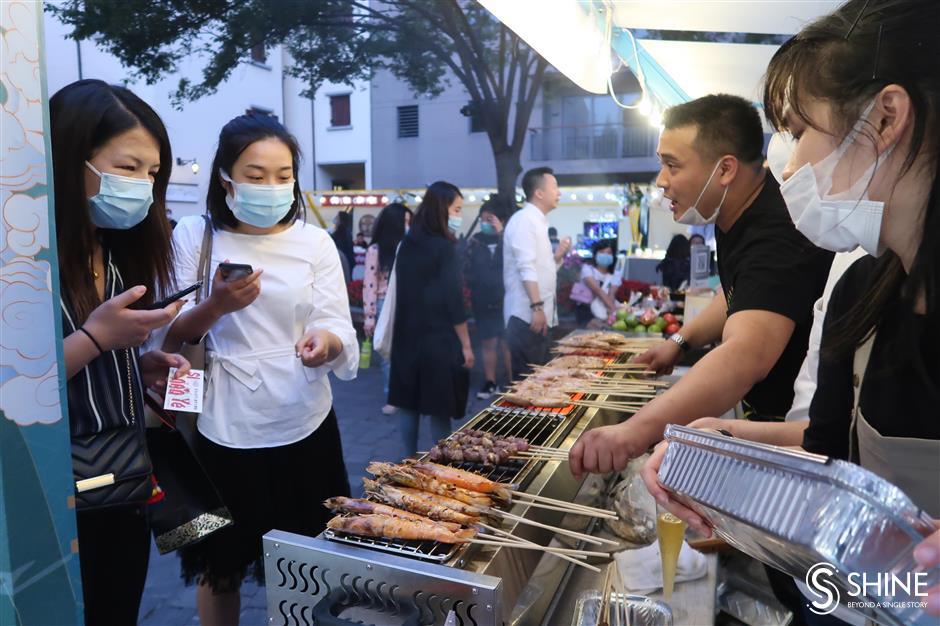 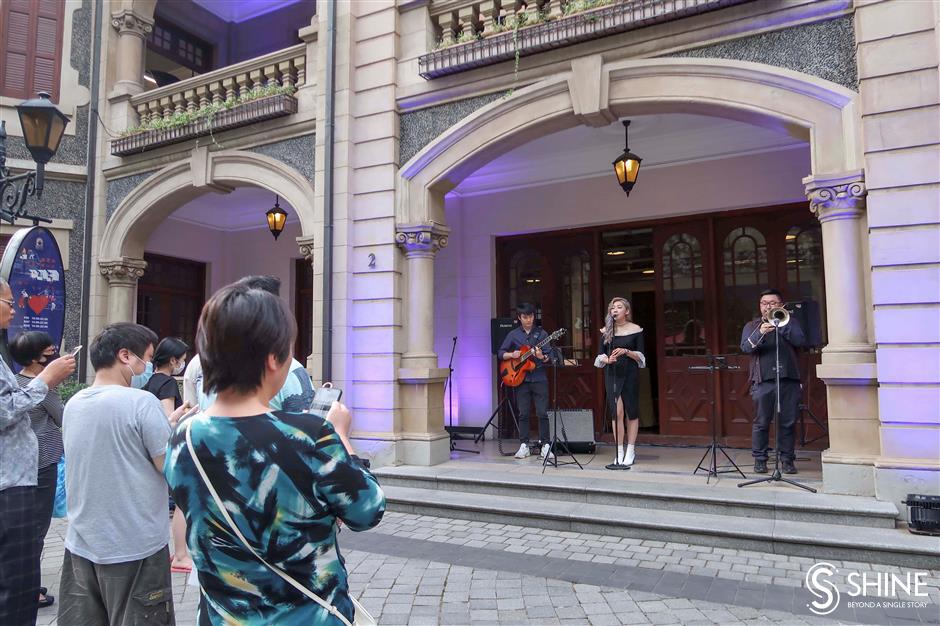 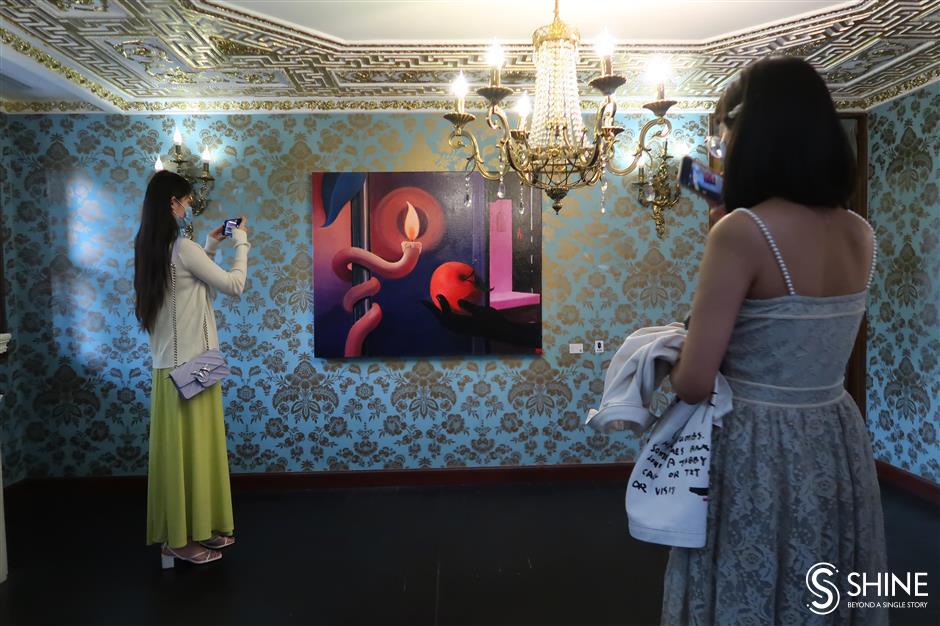