Shanghai is on its way to fulfil its ambition of becoming one of the world’s safest cities in terms of public health by 2025, guided by upgraded tactics developed to cope with the current pandemic.

As a crucial transportation hub and with a population of more than 24 million, the mega city acted nimbly in response to the outbreak of COVID-19 in January.

Through the extraordinary cooperation of the public, and hard work of medical staff and managing teams, Shanghai had 341 domestic cases of infection and seven deaths to date. Businesses, schools and most activities are now getting back to normal.

The city is no stranger to public health crises. During the 2003 SARS epidemic it accumulated solid experience in how to prevent the spread of a virus by integrating medical teams, managing systems as well as community mobilization. Eight infected cases were confirmed at that time in a city of 17 million people.

Still, the question of “If COVID-19 first broke out in this city, would we have been able to contain it from spreading as early as possible?” has been pondered over by many since the outbreak of the virus.

“Though we’ve set up some effective measures from 17 years ago, our health emergency system still has a weak spot, and it’s especially tough for a huge city like Shanghai with complicated organizations to deal with novel infectious diseases,” said Li Yongkui, professor of the Economic Management Department at Tongji University.

Vice Mayor of the city, Zong Ming, added: "Based on the case of COVID-19, we need a well-rounded prevention and control system to cope with big health emergencies."

“The new guidelines should not be focusing on containing one specific infectious disease, but rather to improve all spectra of the city’s commanding system for health emergency,” said Dr Liu Zhongmin, president of Shanghai East Hospital.

Through community medical workers,  a closer relationship between local health centers and residents can be established to enhance public participation and health awareness.

Community health centers and family doctors will take on a bigger role in the public health response network.

According to the new guidelines, a public health screening and early warning system should be built, with monitoring sites established at local fever and enteric clinics to detect food-borne diseases and novel contagions with unknown origins.

Among them, fever clinics play a crucial role in the early detection of COVID-19, as data shows that more than 60 percent of confirmed cases in the city were first discovered by them. Early detection is essential to curb the spread of the virus and carry out successful treatment.

To spot suspected cases earlier, as well as lessen the burden on key hospitals, a total of 182 community health centers developed new fever screening units in April following the release of the new guidelines. Previously there were 117 fever clinics in higher-level hospitals across the city.

The new fever units are set up near the entrances of the centers, and divided into four sections to mark off sanitary areas for medics and patients

In compliance with guidelines from the health commission, their air-conditioning systems are separate from the clinic.

If a person is found to be infected, he or she will be transferred seamlessly to nearby higher-level hospitals. This can reduce the risks of infection within communities.

At Yinhang Community Health Center in Yangpu District, the fever unit has been in operation since April 1, receiving one or two patients every day with no suspected cases reported so far.

“We have always had our infectious disease and enteric clinics, but establishing special fever clinic can greatly improve the alert system from the grassroots,” said Cui Ming, director of the Yinhang Community Health Center.

“The new fever units set a new milestone for curbing other contagious diseases in the future. This is an opportunity to gain our experience."

Statistics from the Shanghai Health Commission show that 246 community health centers remained open for outpatient consultations during the outbreak, with the highest number of outpatient visits reaching nearly 70 percent of the city's total. More than 6,000 family doctor teams provided services for households and nursing homes and guide them with health management.

Family doctors have greatly helped communities manage residents returning to the city during quarantine periods. Through online communication with patients and follow-up visits, they enable local centers to reach out to the front line with health information.

"It will finally become a consensus that public health is the concern of the whole society," said Bi Fangfang, director of Tianshan Community Health Center in Changning District.

“The epidemic shows that enterprises and institutions, company buildings and residential areas should play their own parts in the public health system."

For example, family doctors, community services and health management of office buildings can establish a closer relationship with the community health center to enhance public participation and awareness.

Bi also suggested that the core institutions such as public security, subdistricts, community health service centers and many other grassroots organizations can further share the health database of the populace to better control and protect their safety. 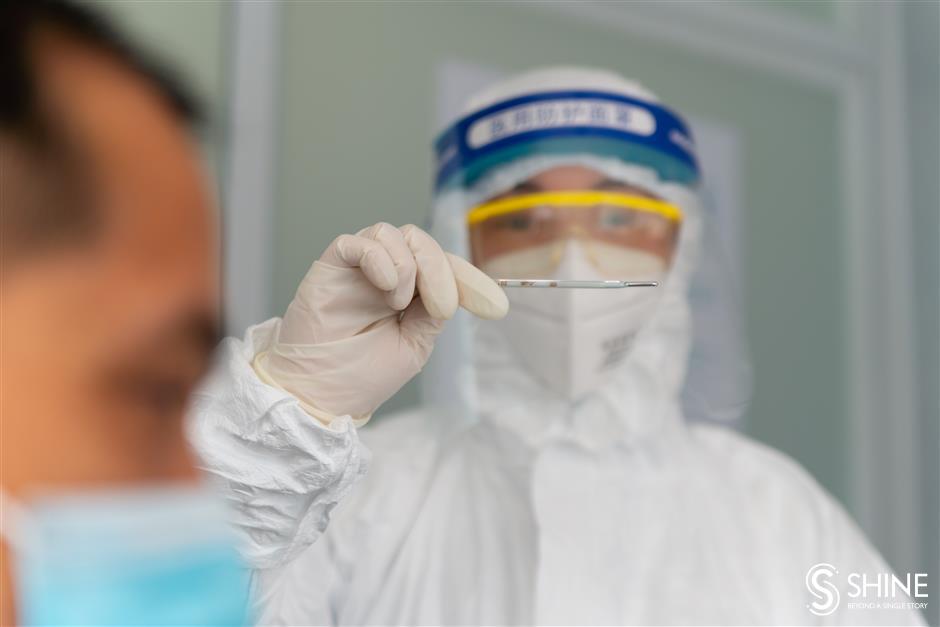 Shanghai will also keep up with the top international standards of disease prevention and control by establishing a smart command information system for public health emergencies.

To implement active and precise measures against the epidemic, health information of residents will be shared through platforms by hospitals and medical institutes across the city.

With intelligent means such as big data and AI technology, more online services will be encouraged to support the integration of the internet and public health system.

“Internet hospital” services have already been put in place by many key medical institutions to stagger patients’ visits and trigger hidden alerts.

Patients can carry out normal outpatient matters including payment and receiving medicine through operations on mobile phones, avoiding overcrowding hospitals.

The advantages of Internet hospital services include personalized and quality health care which can be accessed more easily.

Currently, more than 20 Internet hospitals’ licenses have been approved amid the epidemic to ease the outpatient burden.

Ruijin Hospital has established its first rescue team for public health emergencies, with experts in infectious disease, respiratory medicine, emergency medicine, critical care medicine, psychology, and rehabilitation. According to its vice president Chen Erzhen, they will be trained to be able to carry out urgent rescue tasks.

Shanghai Health Commission director Wu Jinglei said that the city will choose to deploy and facilitate the construction of key research and major innovation centers in the future to improve the capacity of scientific and technological research.

Other measures from the new guidelines involve a focus on the role of traditional Chinese medicines in the prevention and treatment of infectious disease, turning major public facilities into emergency medical facilities and increased salaries for public health medical workers.

Many of the Shanghai practices, including the standardization of fever clinics, personnel training and outpatient transfer system have been introduced nationwide.

He believes that the prevention and control of epidemics in large cities and the construction of public health emergency systems are 'always on the road,' and that the new road map for development will lead to a brighter future. 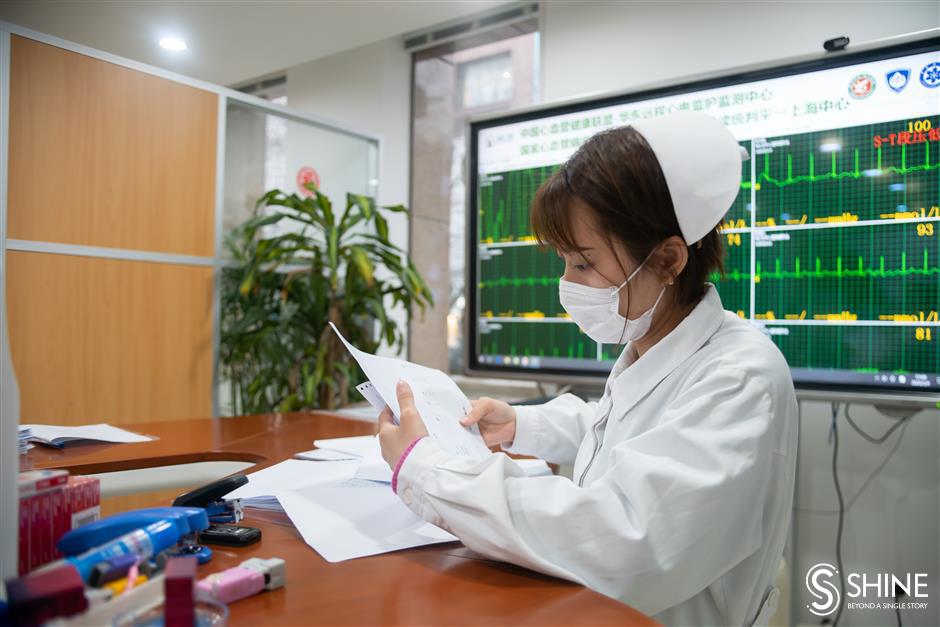