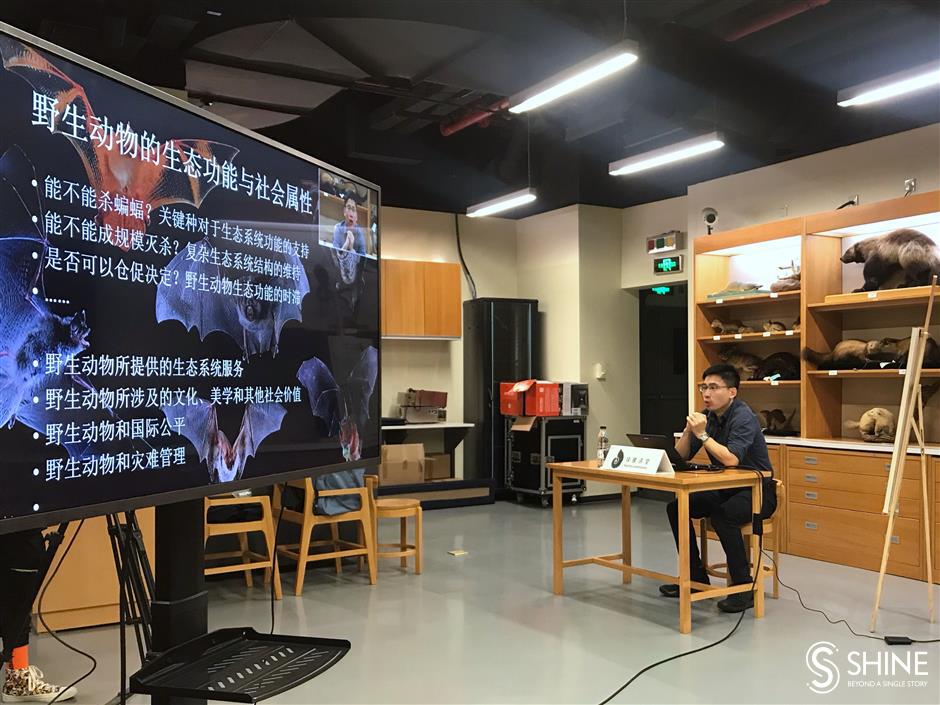 Bats are not our enemies, and killing them makes no sense, according to Wang Fang, a researcher at the Life Sciences College of Fudan University.

In an online lecture from the Shanghai Natural History Museum, he said the novel coronavirus outbreak had raised people’s awareness of environmental protection, but some people had gone too far in starting to kill bats in the belief that the virus had jumped from bats to human beings.

“Bats can hunt flies and mosquitoes in the air, and they can help with the pollination of many types of fruit in the world,” Wang said. “What if they are killed? Our crops will die, and we will face a mosquito crisis.”

He added: “We can’t just recklessly make decision to kill animals that we don’t like. We have to figure out what roles they play in the natural world.”

Investigations in recent years show only three types of bats in Shanghai. They are very common and belong to very different species from those living in mountains and believed to have spread the virus, Wang said.

“So, Shanghai residents don’t need to worry,” he said

Zhang Zhitong, Party secretary of Xincun in Chongming, said the focus should be on protecting wildlife and he pointed out that current wildlife protection rules had loopholes.

The trade in protected wildlife is banned, but running businesses involving wildlife that is not protected is allowed if official approval is granted. That means that not all wildlife is under protection, Zhang said.

There were also conflicts between local governments and forestry authorities in law enforcement, he added.