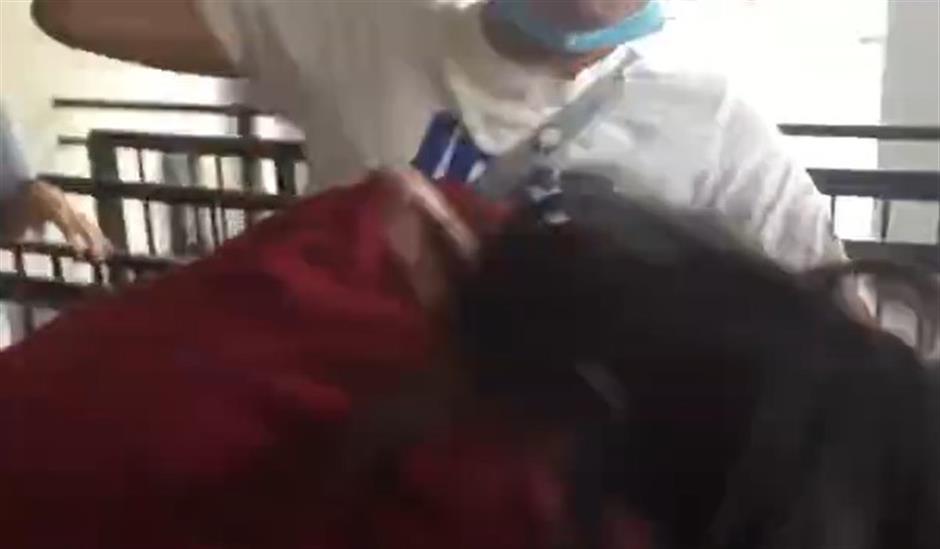 A screenshot from a video shot by a tourist of an incident at Shanghai Happy Valley.

A man is alleged to have attacked a woman after jumping the queue at the entrance to Shanghai Happy Valley, an amusement park in Songjiang District, police said on Monday.

The incident took place at 3pm on May 22, and the woman surnamed Zhang reported the incident to the police the next day.

Zhang said she told the man to return to his place in the line, but was then beaten by him.