The craftsmen who are building our future

Five workers — Wang Zhewen, Li Faqiang, Ding Kai, Chen Wei and Lu Hongguang — received Jiading Craftsmanship awards in honor of their excellent performance in the pursuit of bold innovations. Jiading has honored groups of leading workers in various industries each year since 2018, encouraging others to follow their example. Five model workers and 10 technicians were also honored by the Jiading government.

As chief technology expert and senior engineer with Shanghai Kaiquan Pump (Group) Co Ltd, Wang Zhewen is engaged in the research and development of water pumps and systems, creating a world-leading method to solve the difficulty of pump technologies for a nuclear island in a nuclear power plant.

The exhibition hall showcases various inventions created by Wang and his colleagues, among which is a stainless steel stamping impeller that took Wang 10 years to design.

Compared with normal stamping impellers, his invention works 3 to 5 percent faster, helping a company cut the use of electricity by 1.5 million kilowatts a year.

Besides the architectural industry, nuclear power also has a demand for such pumps. However, the international standard of nuclear power pump using is determined by France and, because of that, China has to import some parts.

Wang and his team spent three years in investing in technology with independent intellectual property rights.

After six tests, all the data reached the highest international standard. The machine can work as normal under the impact of a magnitude-10 earthquake, according to tests conducted by Tongji University.

Now, the technology has been applied to several nuclear power plant projects worldwide.

Notebooks and books are piled on the desk in Wang’s office, witnessing to his endeavors of more than 30 years.

“It only takes me a minute to draw up a paper, but before that are piles of calculations,” said Wang.

“Just like farmers, the reason they can harvest in autumn is because they plant the seeds in spring,” he added.

His spirit rubs off on his colleagues in the team.

“He always tells us that there are no shortcuts to success and encourages youngsters to keep studying,” said Qiao Yulan, senior engineer in the technology research department.

“We may fail even if we keep doing so, but we shouldn’t give it up,” he said.

Having worked for CHIC Group for 13 years, Li Faqiang has grown from an electric appliance repairer to chief technician through his continuous pursuit of new technology. 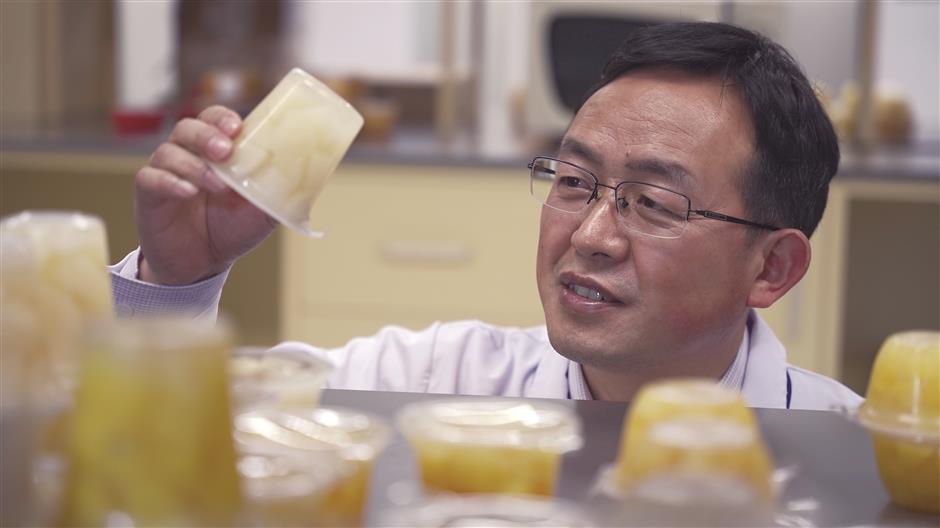 He launched his own workshop, making efforts on how to squeeze fruit for juice and keeping it fresh the best.

Li and his colleagues tested an imported juicer in the workshop on April 30. In order to promote a new taste of juice this summer, the company had bought an imported vacuum juicer. However, they discovered this machine didn’t fit with the currently used production equipment.

So Li took on the responsibility of reforming the equipment as summer approaches.

“Most of the machines are imported which cost a lot and sometimes will meet restrictions. It is important that we can create them on our own,” said Yao Shuoguo, director of the research and development department.

Li’s creative workshop was launched in 2018. Since then, he has cultivated a group of skilled talent.Currently, Li and his team not only take the responsibility of transforming machines and technologies, but also improving the test equipment.They have developed 23 sets of equipment and improved 86 technology plans, expanding production lines for the company.

Lu Guanghong, a senior expert at the Eighth Institute of Nuclear Industry, is engaged in the research of the winding processes of composite materials. He won second and third prizes at the National Prize for Progress in Science and Technology and owns 21 national defense invention patents. 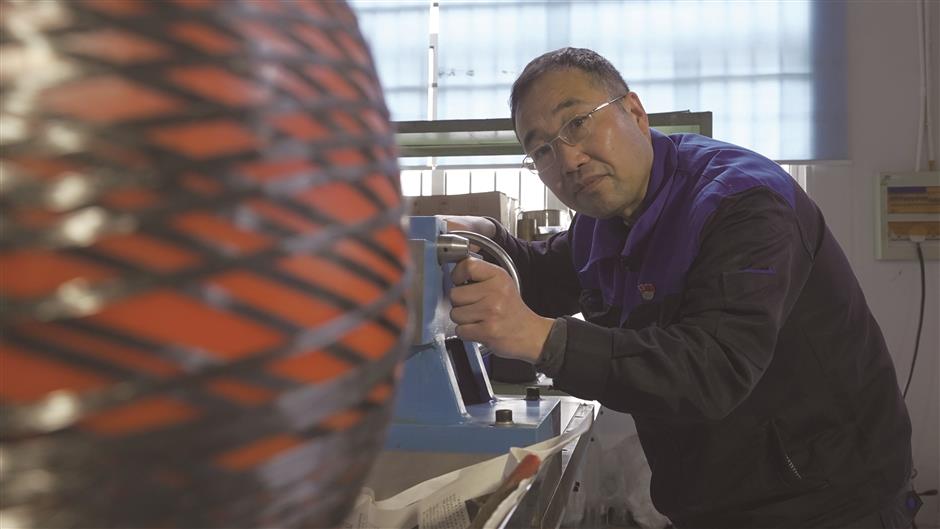 Ding Kai is the chief technology officer at WPG, a high-tech company focusing on water treatment, and the aim of his team is to provide clean water for residents. 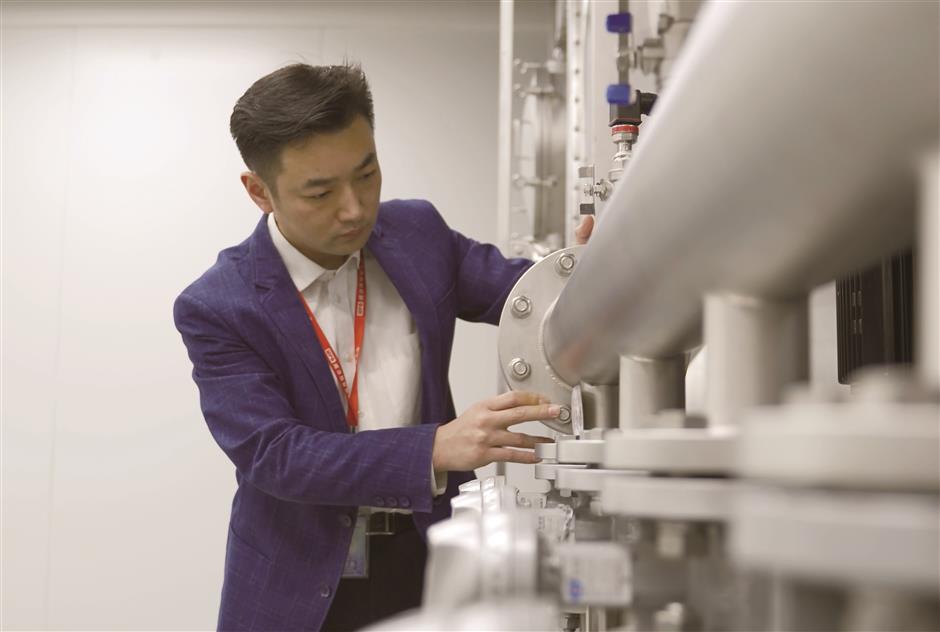 The water supply management platform of the system created and managed by Ding and his team, has recently been upgraded. With the platform, they can not only collect live data and monitor the operation of the equipment, but also detect potential problems in advance and provide solutions.

They dealt with the hidden danger of a water pipe which was under too much pressure in time according to a reminder on the platform in the Yingyuan No.1 Eastern neighborhood a few days ago.

“WPG informed us before we realized the problem, and technicians arrived here quickly to help us solve it,” said Wan Zhaoqing, a water supply equipment repairer. In the past, incidents including broken pipes or machines out of order all of a sudden may occur because such problems are hard to be aware of in advance.

Except for repair alerts, the platform will send information and upgrades to residents in time. Residents had to wait for repairers for a long time before, while now the system will send text messages to remind users of the problem of water usage and the progress of the repair, said Ding.

Two buildings in the Yingyuan neighborhood removed their basement tanks in 2018, and a standardized pump house which can provide water directly through intelligent equipment was built by Ding’s team. It can control water pressure and quality by using big data and cloud computing with no need for monitoring by people.

Ding and his team make efforts to provide high-quality water for residents through controlling the quality of equipment. The products in the company have realized fully digital standardization and automation.

Through the efforts of Ding and his team, WPG has developed into a high-tech company that provides intelligent water supply plans for cities and towns.

Chen Wei, a senior researcher at Shanghai STEP Electric Corp, is engaged in the development and research of the control of AC motor drives. 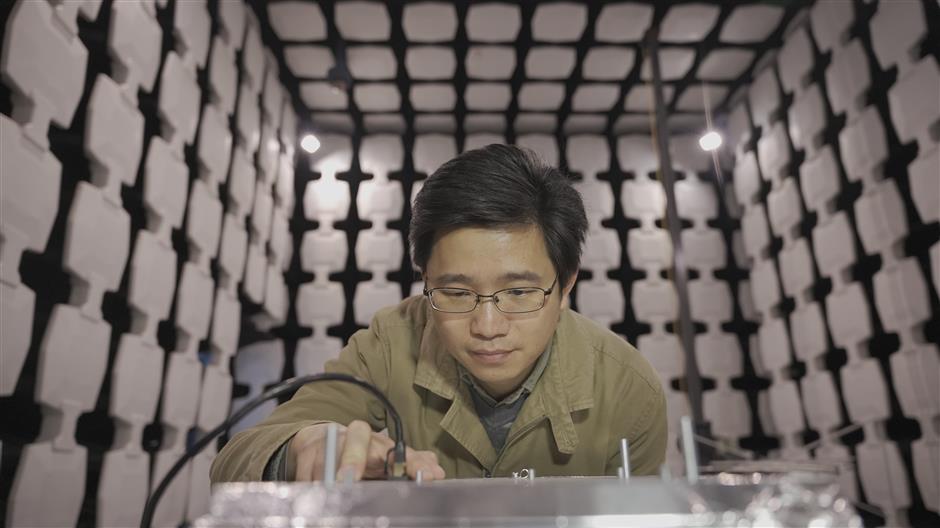 “Nothing is too difficult if you devote yourself to it” is his principle. With this motto, he and his team have overcome difficulties one after another.

The biggest issue that industrial robots are facing is low-frequency jitters which will decrease accuracy and efficiency, so they are studying how to minimize these jitters.

With their efforts, robots of this type have realized highly accurate and stable operation.

As the pace of company’s import and export slows down in the first quarter of the year due to COVID-19, Chen is taking the opportunity to make a breakthrough.

Multitasking is normal to him.

“Dr Chen works efficiently and always can figure out solutions,” said Liu Tianhua, a colleague. Chen also takes craftsmanship spirit as a requirement of his work.

“It is easy to improve from zero to 80, but it is harder to increase from 80 to 100,” Chen said. “I like solving problems because during the process my knowledge and ability will improve, which is why I choose this way.”