Jing'an unforgettable moments in May, 2020 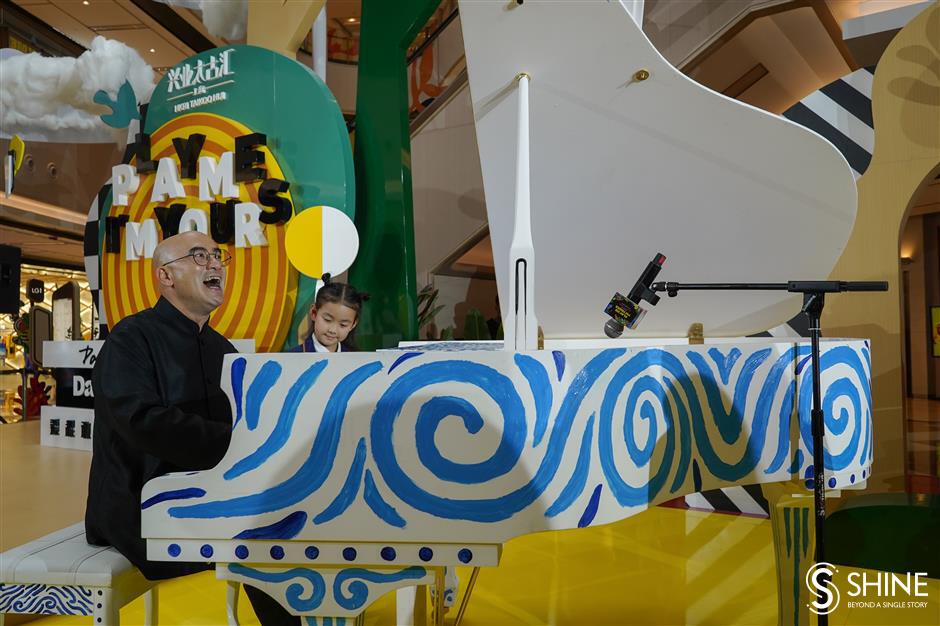 Fifteen hand-painted pianos have “popped up” along a wall in the atrium of HKRI Taikoo Hui mall this month. They are available for anyone to play, free of charge.

The keyboards are part of a worldwide campaign called “Play Me, I’m Yours,” initiated by British artist Luke Jerram to connect people through music. So far, more than 2,000 pianos have been placed in open spaces in over 65 cities across the world.

The mall collaborated with the China Soong Ching Ling Foundation and World of Art Brut Culture to invite artists and students to paint 17 pianos.

Two were sent to the Shanghai Children’s Hospital and Jing’an Zhabei Central Hospital to honor the work of medics during the coronavirus pandemic. The remaining pianos went to the mall, where they will remain until June 21.

The artwork on the pianos feature flora and fauna, geometric abstractions and colorful designs, with themes such as urban bustle and environmental protection.

At the opening ceremony, renowned pianist Kong Xiangdong played “Ode to Joy” from Beethoven's “Symphony No. 9” and the Chinese folk song “Jasmine Flower.” He has also composed some special melodies as background music for the mall.

From June 1-21, the mall will host an exhibition on the history of pianos. 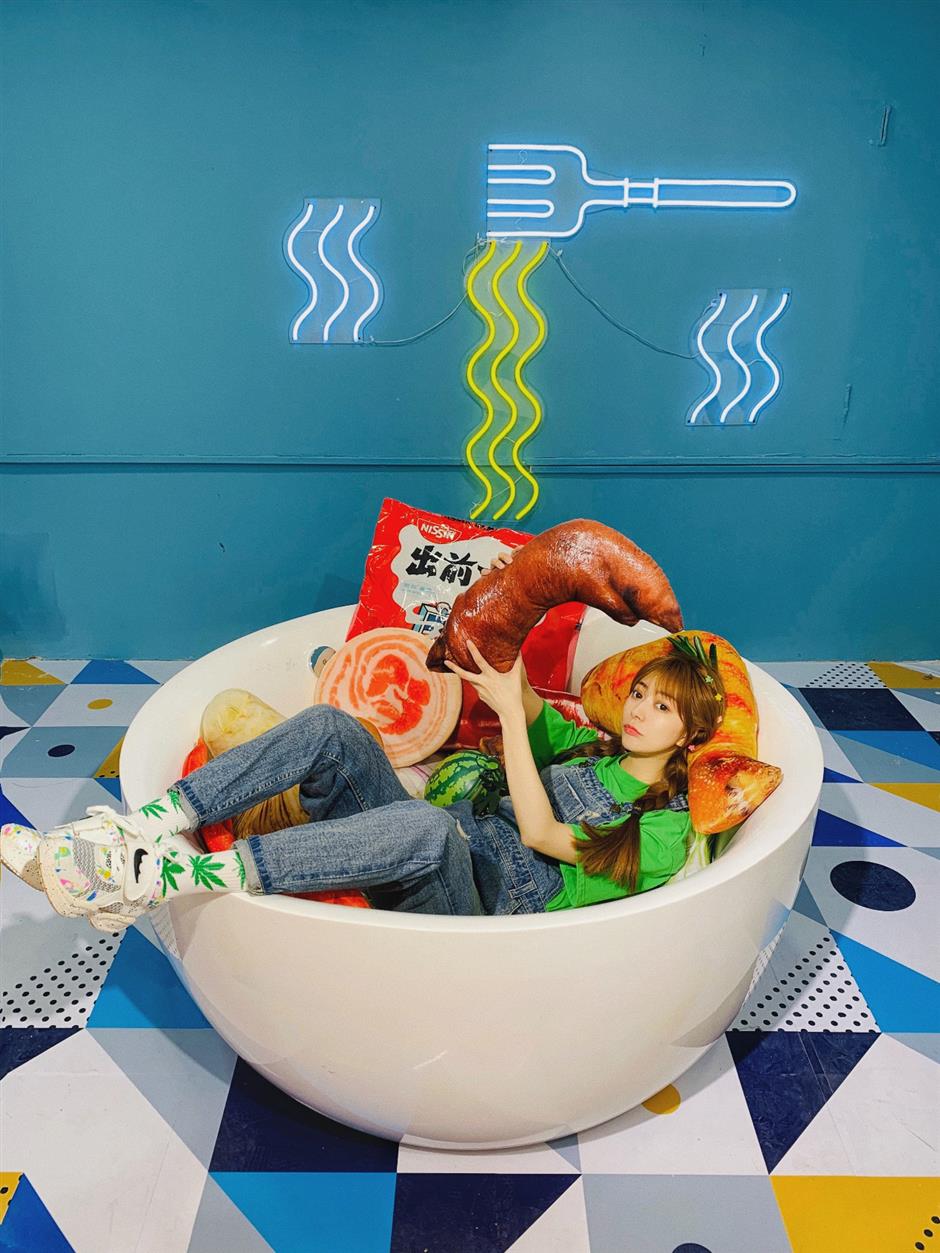 From the super spicy to the downright bizarre, exhibits and activities at the Museum of Instant Noodles at Joy City in Jing’an provide an unusual diversion.

More than 100 “strange” varieties of instant noodles are on display. And if that isn’t enough, the exhibition features installations for visitors to take photos. They can sit in a giant bowl of noodles, swim in a jacuzzi of noodles or pose in front of a wall of noodles.

Tickets are available through popular online ticketing platforms. The exhibition will run through mid-August. 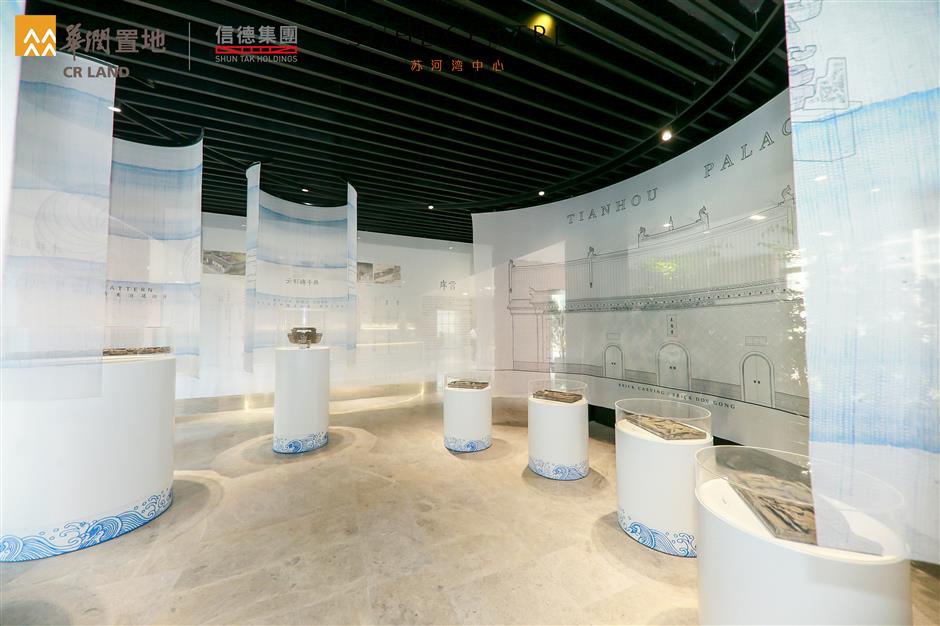 From carved bricks to wooden decorations, nine pieces from the century-old Tianhou Gong in the Suhe Bay area are now on display at Suhe Center.

Tianhou, or the Goddess Palace, was built 136 years ago along Suzhou Creek, becoming the city’s biggest temple to Mazu, goddess of the sea. Later, it was renovated into a Taoist temple, and part of it functioned as a hospital.

Its main hall was relocated to Songjiang District about 40 years ago, and the downtown remains demolished in 2006. But original materials from an historic opera stage in the temple were saved and will be used in the reconstruction.

Architecture Cao Yongkang, who is responsible for the reconstruction, said, “We will repair the more than 1,000 wooden pieces and more than 1,600 bricks, and use them to rebuild the temple.”

Once completed, the temple will be part of a compound of heritage-listed structures in an area of commercial and cultural amenities.

Today’s young people struggle to get ahead in their careers, with many working 12-hour days. So what were their peers doing a century ago?

That was a question posed to You Wei, deputy director of the memorial site of the Party’s Second National Congress, at a speaking event marking China’s Youth Day on May 4.

In that turbulent era, he replied, young Chinese devoted themselves to revolution and liberation. He told the audience stories about how young students and workers were engaged in the Communist revolution to liberate China in the 1920s.

“At that time, a reading room on the second floor where people could read books and magazine was very popular among young students and workers,” You said. “It was a kind of ‘Internet celebrity’ spot about a century ago.” 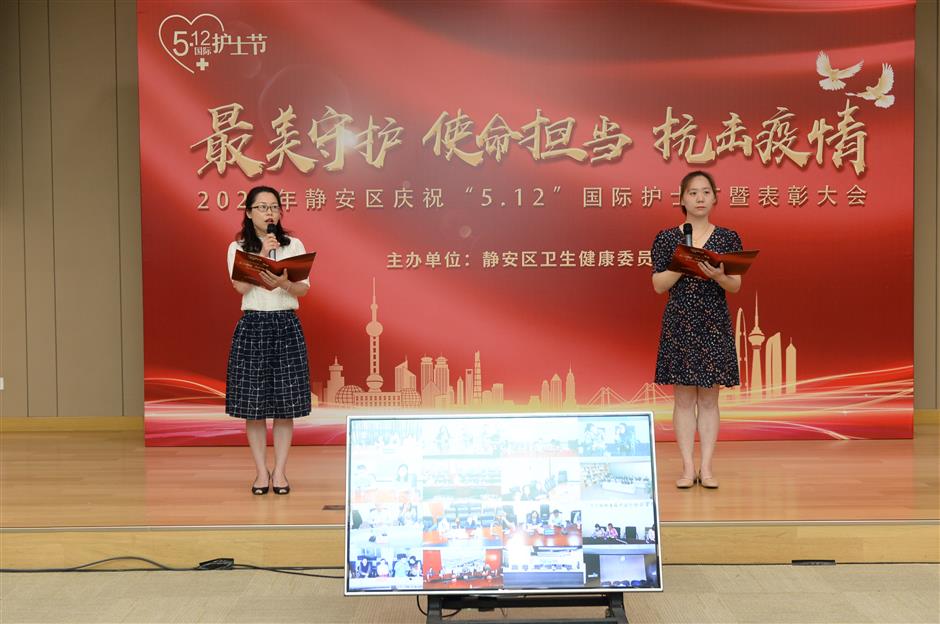 Nurses Wu Ruishen, Chen Yajuan and Wu Tingting, who were sent to aid Wuhan during the coronavirus epidemic, shared their experiences at a ceremony held to celebrate International Nurses Day on May 12.

They were among the honorees designated “outstanding nurses” at the event. Other honorees included Huang Ying from Huashan Hospital, Zhao Limin from Shanghai 10th People’s Hospital, Zhou Yiqun from Jing’an Central Hospital and Zhang Yue from the Daning Road Subdistrict community hospital. 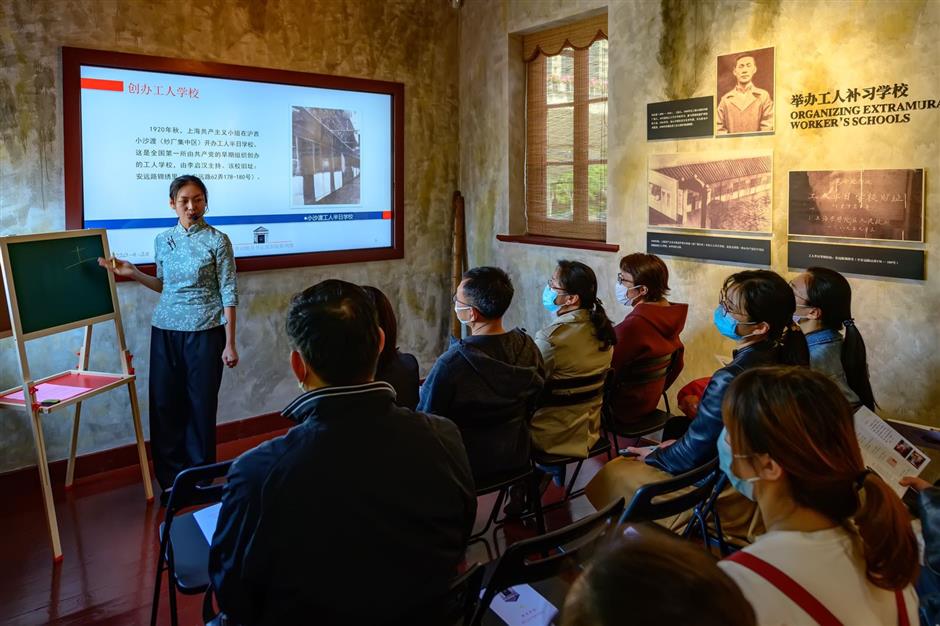 The memorial of the National Labor Union Secretariat held an interactive event on May 12, recreating scenes from the Party’s early days and allowing visitors to experience revolutionary stories.

The secretariat was founded by the Party in August 1921 in the city’s old international settlement to unite all workers in a class war. It has reopened to visitors as a memorial after renovation to restore its original look.