At long last, it's goodbye to squalid homes 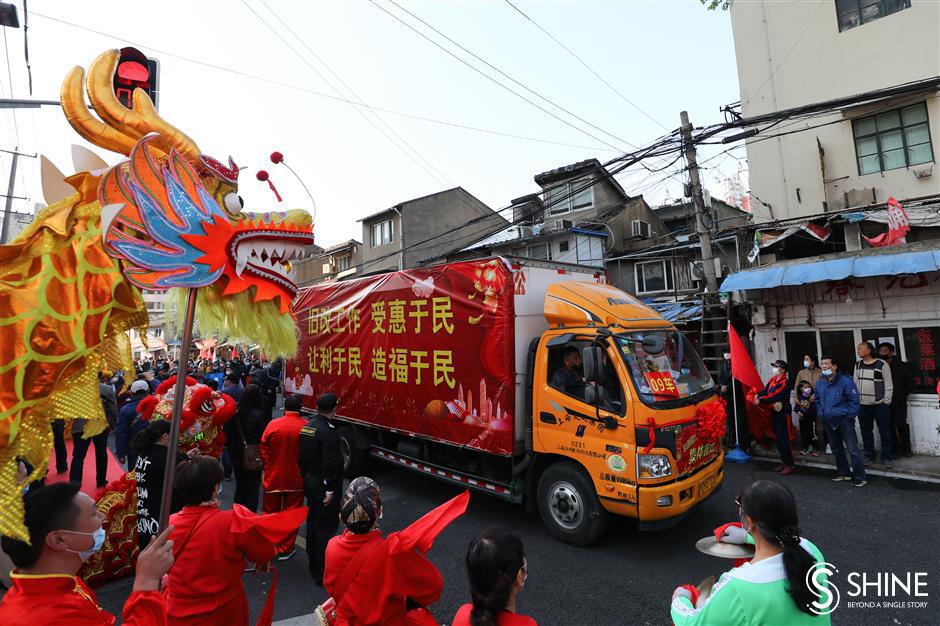 Residents have a lot to celebrate in rundown neighborhoods in Baoshan Road Subdistrict as relocation activity resumes after COVID-19. Families in dilapidated housing are moving to modern apartment to make way to urban renewal work. 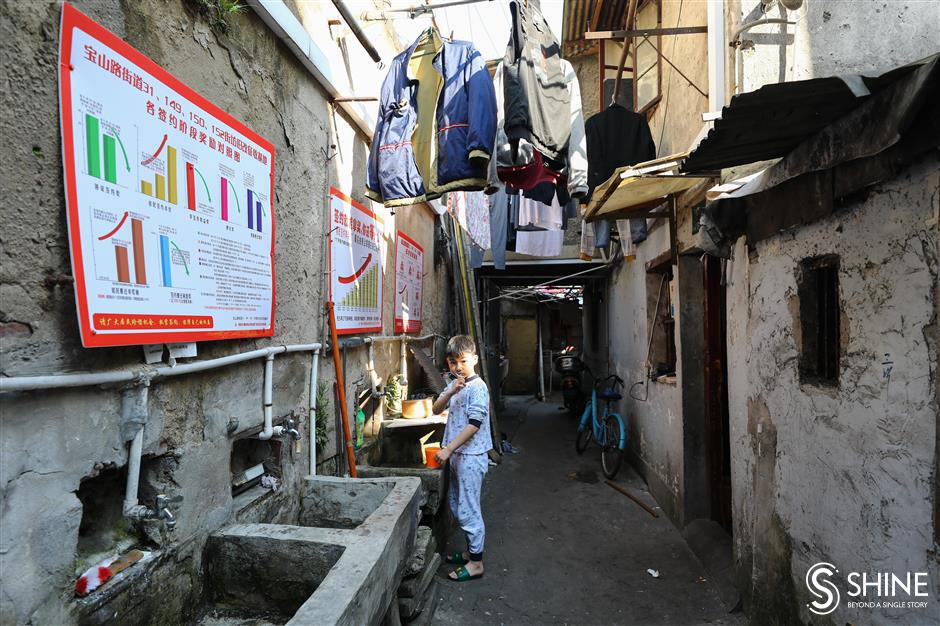 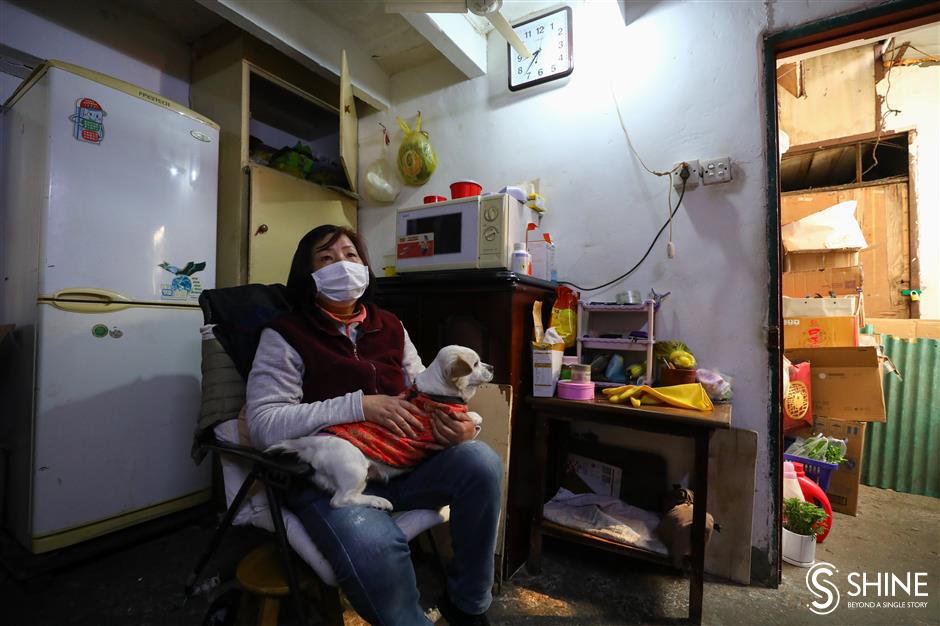 Resident relocation for urban renewal has resumed, a sign of hope as the city walks the steady road back to normality in the post-pandemic period.

For Zhou Qingming, it is also a personal “rebirth.”

The 70-year-old Zhou and his neighbors, living in squalid conditions in the north of Jing’an District, have started to move out their dingy abodes.

Their run-down neighborhoods cover about 4 hectares of jerry-built shelters and shabby bungalows in the Baoshan Road Subdistrict.

The dilapidated structures house some 1,549 families.

The residents are obviously happy to be leaving for better housing. They have signed relocation deals that either provide them designated housing elsewhere or provide cash to buy their own accommodation.

“I’ve been waiting for this moment all of my life, and it finally came,” Zhou said.

He grew up in a 10.2-square-meter unit on Huiwen Road with his parents and two sisters.

“When I was young, I shared a bed with my father, and my mother and two sisters slept on the other bed,” he said. “Our family didn’t have any privacy. A sink, shared with two families, was just beside my bed, so neighbors were always coming into our space.”

His living conditions destroyed his love life. Marriage prospects turned up their noses when they saw where he was living.

“They didn’t hesitate to break up with me because of the squalid conditions,” said Zhou, who never married and lives alone after his parents died and his sisters married.

“I’m getting older and weaker, and the chamber pot has become too heavy for me to take out and empty every day,” he said. “Ambulances can’t enter our narrow alleyway.”

Zhou has used the relocation money to rent a house in the Yangpu District, which is close to his younger sister.

“We can take care of each other,” he said.

Shen Zhenmei, another resident, said she was excited when she learned about the relocation plan last December.

“I thought I could finally leave this place,” she said. “Then, the coronavirus outbreak came, and I feared the pandemic would stop the plan. But to my surprise, authorities have responded quickly after the virus abated. We are so excited.”

Her family of 10 lived in a self-built shelter on Yongxing Road.

Initially, she lived with her parents, brother and sister in a 15-square-meter space. After the children grew up and married, the parents added two floors, which posed high safety risks.

“We didn’t have beds,” she said. “We just slept one by one on the floor. Now, we can move into a new, modern apartment building. My 90-year-old mother doesn’t need to climb steep stairs any longer.”

To avoid people gathering during the pandemic, the subdistrict turned to the Internet to update the public on relocation plans and seek feedback from residents. It also provided an online platform for residents to view their new homes through virtual reality technology.

“When I couldn’t fall asleep at night, I would open the application to see my future home,” said a resident surnamed Zhou. “It made me so happy to see a modern apartment, clean roadways and beautiful flowers in the residential complex.”

The subdistrict required people to make reservations to sign relocation contracts. Body temperatures were taken and health QR codes had to be shown.

As an older downtown district, Jing’an suffered from much dilapidated housing. Most people living in slums and old shikumen neighborhoods have been relocated or are in the process of doing so.

Instead of pulling down all old buildings, Jing’an has preserved buildings with historical value. One example is Zhangyuan Garden.

Zhangyuan, a 46,000-square-meter residential compound, has about 170 historical buildings in a variety of styles, from shikumen structures to garden villas. The neighborhood may look nostalgic, but residents lived hard lives in buildings left in disrepair for decades.

In February 2019, residents started to move out. Later, a major overhaul of local historical buildings began.

Under the plan, almost all of the 170 historic buildings will be retained. They will be repaired and restored based on original drawings. Renovation work will turn them into boutique hotels, small guesthouses, art galleries, museums and other cultural venues.