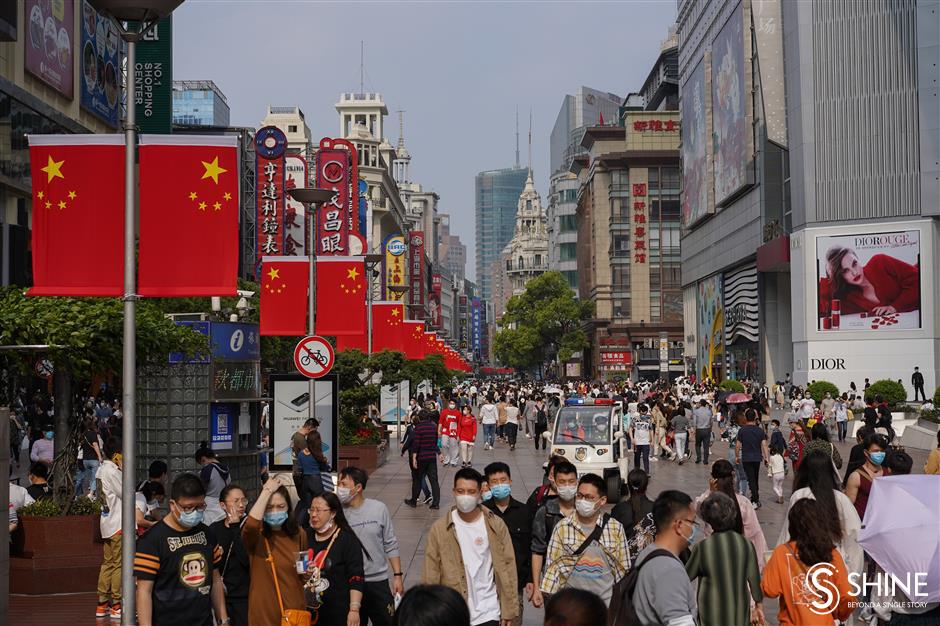 A view of the Nanjing Road Pedestrian Mall during the Labor Day holiday in May.

The new extension of the Nanjing Road Pedestrian Mall will open to the public in September, featuring new lighting, more seats and upgraded businesses.

Gao Yun, Party secretary of Huangpu District and a national legislator, told the ongoing National People’s Congress that the future pedestrian street is expected to become “a new highlight and name card” of Shanghai.

Nanjing Road E., originally built in 1851 as one of the city’s first modern roads, is being extended eastward to Sichuan Road M. from its current end at Henan Road M. It will later be extended to the Bund to accommodate a growing number of visitors in the future.

The street currently stretches 1,033 meters between Xizang and Henan roads. It received 200 million visitors in 2019.

Gao said the focus now is on details of the expansion work. Plans have already been made for the street's paving materials, illumination and the decoration of historical structures along the road.

The illumination system, for instance, will be transformed to better connect the different lighting styles of the Bund and the current Nanjing Road E., he said.

The lighting on the Bund features a classic style, while the neon lights on the pedestrian mall showcase its prosperous businesses. The lights on the new pedestrian street section will blend the features of both.

Additional public seating, flower beds and rubbish bins with special designs will be installed on the new extension, he added.

Upgraded businesses will become another highlight for the new pedestrian street. Existing businesses will be adjusted, while characteristic shops will be opened on nearby roads, such as Jiangxi Road M., to distribute shoppers and activate the dynamics of the surrounding area, Gao said. 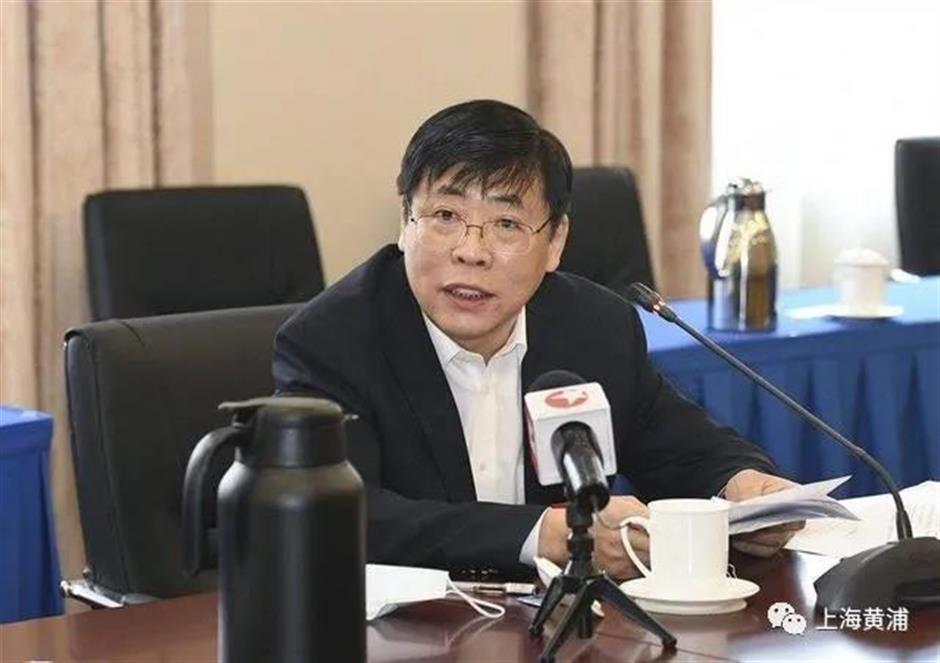 Meanwhile, the landmark Century Plaza in the middle of the pedestrian mall will undergo a major renovation for international brands to launch their new products and become a popular wanghong (online celebrity) site. A blueprint from the Spanish architecture institute EMBT has been chosen and is being optimized.

Nanjing Road was constructed in 1851 as Park Lane from the Bund to a race track on today’s Henan Road. It was extended to Zhejiang Road in 1854 before being further stretched to Xizang Road in 1862. Nanjing Road E. was converted to a pedestrian street and unveiled to the public on the evening of September 20, 1999, when it quickly became an attraction for tourists and local residents alike.

Last year, the walking street was listed by the Ministry of Commerce as one of China's first batch of pedestrian roads to receive high-quality, tasteful renovations and improvements. The entire Nanjing Road E. is now covered by 5G, the next generation of mobile communication technology, a key factor for its future development.

Though brick-and-mortar stores on the road have taken a beating recently amid the COVID-19 pandemic, traditional department stores are fighting back, especially in Huangpu, where over half of the city’s commercial facilities are based. 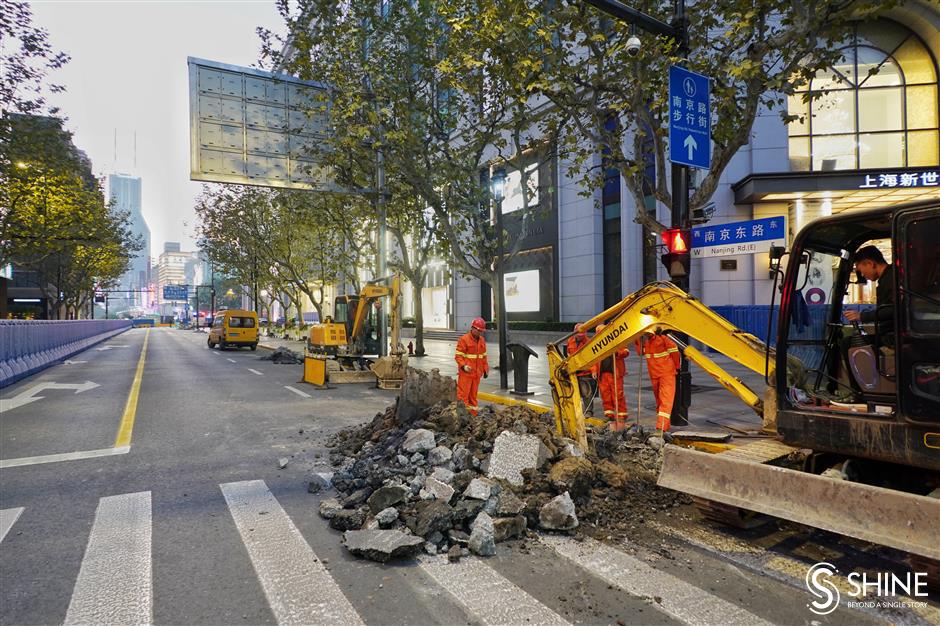 Construction starts in December 2019 on the extension of Nanjing Road Pedestrian Mall.

Xintiandi, for instance, has begun using 5G technology to unveil new products on the Internet, which has proved to be popular among customers, he added.

Gao said the conversion and upgrading on Huangpu’s commercial hubs had also brought about the revival of its nightlife economy.

A number of landmarks have been listed as test areas to boost after-dark spending. They include Xintiandi, Found 158, Yuyuan Garden Malls, the Central, Waitanyuan and the Cool Docks.

Two new roads — Fengjing Road near the Bund Financial Center and Waima Road near the Cool Docks — will close to traffic at certain times on weekends to accommodate entertainment, markets and food stalls, according to Gao.

Late last year, a section of Hubin Road near Taiping Lake became pedestrian-only from 8pm on Fridays to 5am on Mondays. The road received some 190,000 visitors during initial operations, featuring street artists, business stalls and outdoor movies. 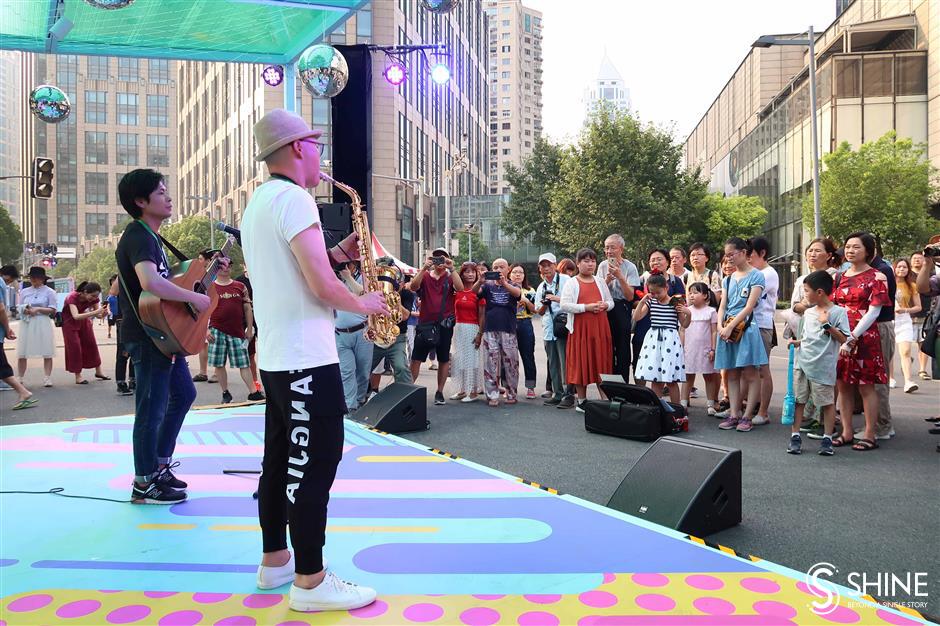 Hubin Road became pedestrian-only in August 2019 in a test operation.