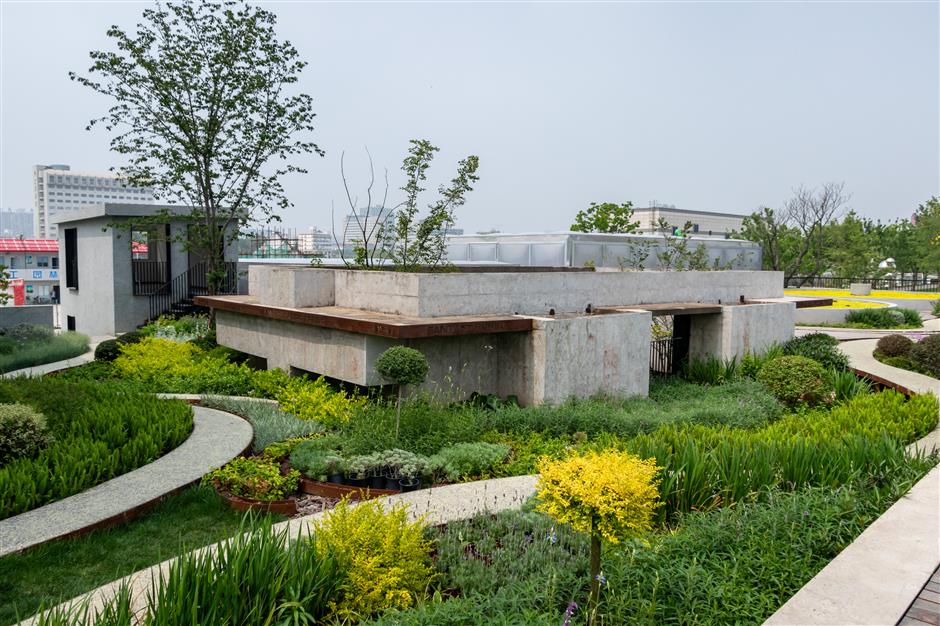 The Fantasy Bubble exhibition hall on the Huangpu River waterfront in Yangpu District will open for free to the public by the end of May.

The heritage site of a nearly century-old soap factory in Shanghai has been converted into an art space and café which will officially open to public soon.

The Fantasy Bubble exhibition hall on the Huangpu River waterfront in Yangpu District will open to the public for free by the end of May. It was developed on the former production site of the Shanghai Soap Co, originally built by British businessmen in 1923.

The layout of the factory buildings have been restored based on the foundation of the original structures. The former water purification pools and observation tower have been preserved.

Visitors can wander around different areas of the former factory via steel boardwalks over the water. Flowers and greenery are planted across the site as well.

The interior space has also been restored to its original look and features art installations and exhibitions about the history of the factory.

A giant centerpiece artwork known simply as “Fountain,” for instance, was developed on the former reaction pool of the factory. Visitors can interact with the artwork to create aromatic bubbles.

Another artwork created by Japanese artist Yoshiyuki Kawazoe has been listed as a permanent installation to be displayed on the Yangpu waterfront.

An exhibition section will host exhibitions about the locally manufactured soaps and the role they played in the traditional local lifestyle. The ongoing exhibition is about the advertisements and slogans of Shanghai soaps over the last 97 years.

Visitors can also enjoy a cup of coffee or a cake resembling the shape of soap at the White and Seven Coffee shop.

The soap factory kept operating on the site till 2008 when it was relocated to Gulang Road in Putuo District. The company was rated as a national first-class enterprise in 1990. Many well-known soap brands, such as “Bee Flower,” “Fan Brand” and “Shanghai Soap,” are manufactured by the company there.

Many old advertisements of Shanghai Soap Co are displayed across the exhibition site.

The interior space has been restored to its original layout and adorned with art exhibits. 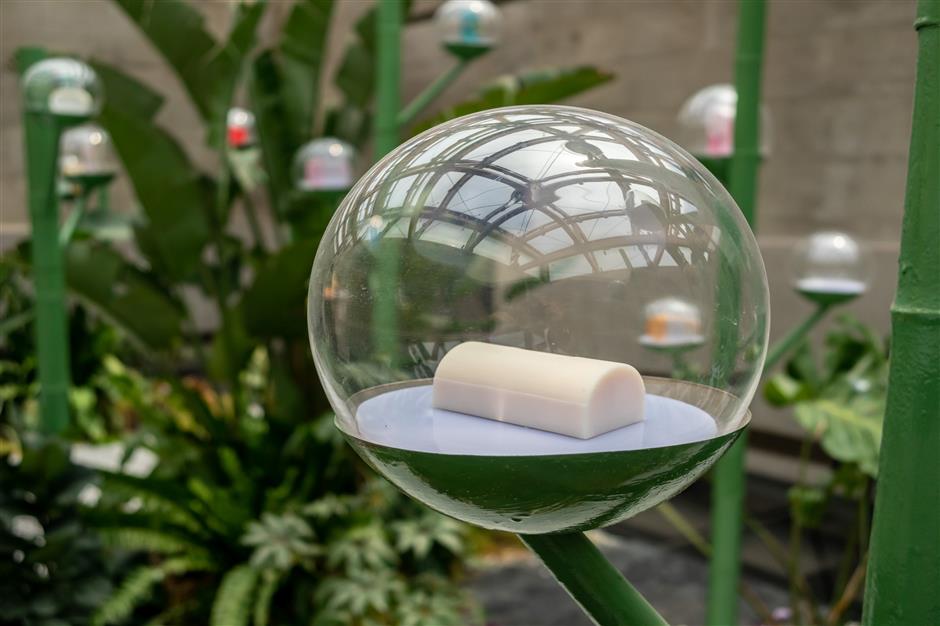 Some old soaps manufactured at the factory are on display at the Fantasy Bubble exhibition hall.