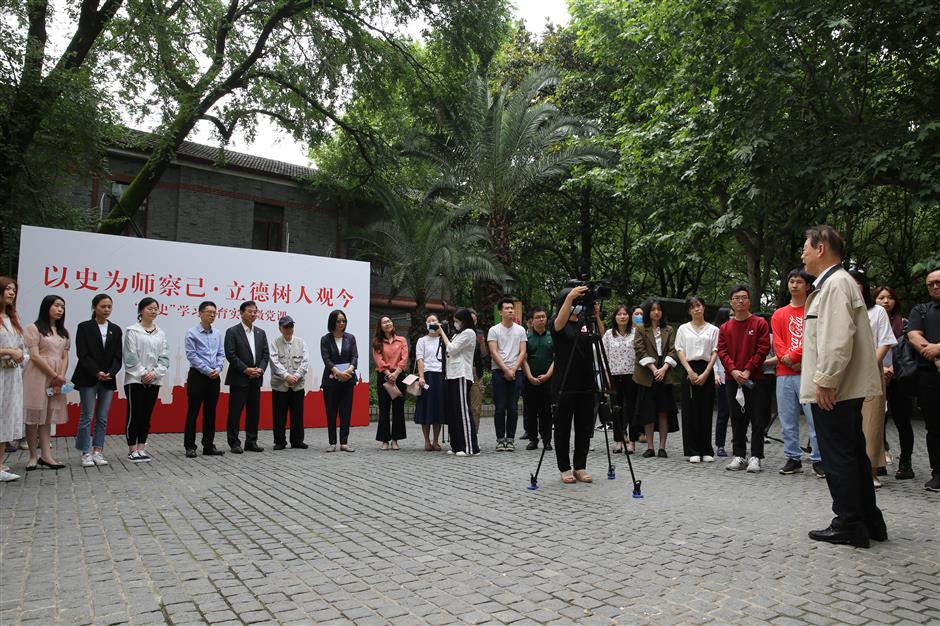 Xu Jian, a professor at East China University of Political Science and Law, delivers a special lecture on Shanghai's liberation on Wednesday.

Students at the East China University of Political Science and Law attended a special lecture on Wednesday to mark the 71st anniversary of the liberation of the city.

Professor Xu Jian told them the university had two former leaders with close connections to the liberation of Shanghai.

Wei Wenbo, the university’s first president after the founding of the People’s Republic of China, and Cao Manzhi, a former vice president, had made significant contributions to the establishment of the new Shanghai government, safeguarding the security of the city and reforming its judicial system.

Wei was among the first group of officials who entered Shanghai on May 26 in 1949 with Chen Yi, then a People’s Liberation Army commander and later mayor of Shanghai. Cao entered Shanghai in another group on the same day and later became director of the city government’s civil affairs office.

The lecture was delivered in front of the Social Building on the university’s campus in Changning District. The century-old building was Chen’s headquarters after his arrival.

Jiang Fangwei, a masters student, said: “As a student of the university, a resident of the city and a citizen of the country, we have to know their history, which can help us know about the past and the present and shed light on the future. I’ve also learned that history is not only in the books, but also in our life. It’s on the campus, in the streets and everywhere.”

East China University of Political Science and Law students hear about two former leaders of the university who played significant roles in the liberation of Shanghai.