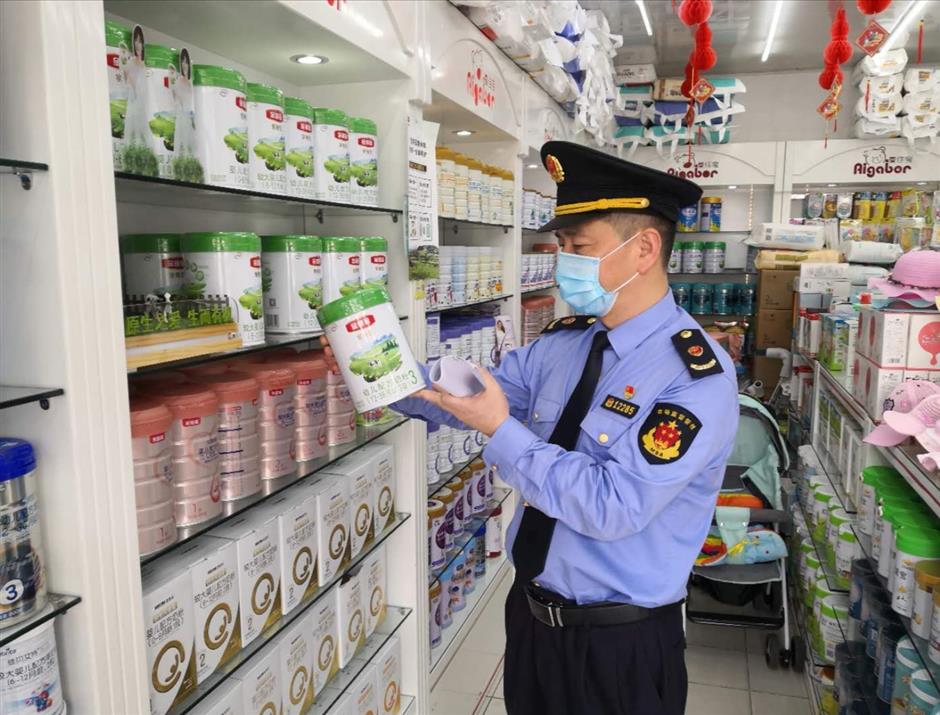 An official with the city's market watchdog checks a food product.

Starting from early June, the campaign will target manufacturers of drinks, sugar, tea, wine and fruit products; enterprises with names containing the words medicine, nutrition, biologics, science and technology; as well as food businesses near maternal and infant shops, hospitals, and shops targeting seniors and patients, the Shanghai Administration for Market Regulation said on Thursday.

Authorities in Hunan Province are investigating a maternal and child products store after at least five infants were reported to have suffered from illnesses such as rickets.

The Ai Ying Fang shop in Chenzhou’s Yongxing County is alleged to have sold a protein drink called Bei An Min as suitable for infants with a milk protein allergy. Parents say the shop claimed the product was baby formula.