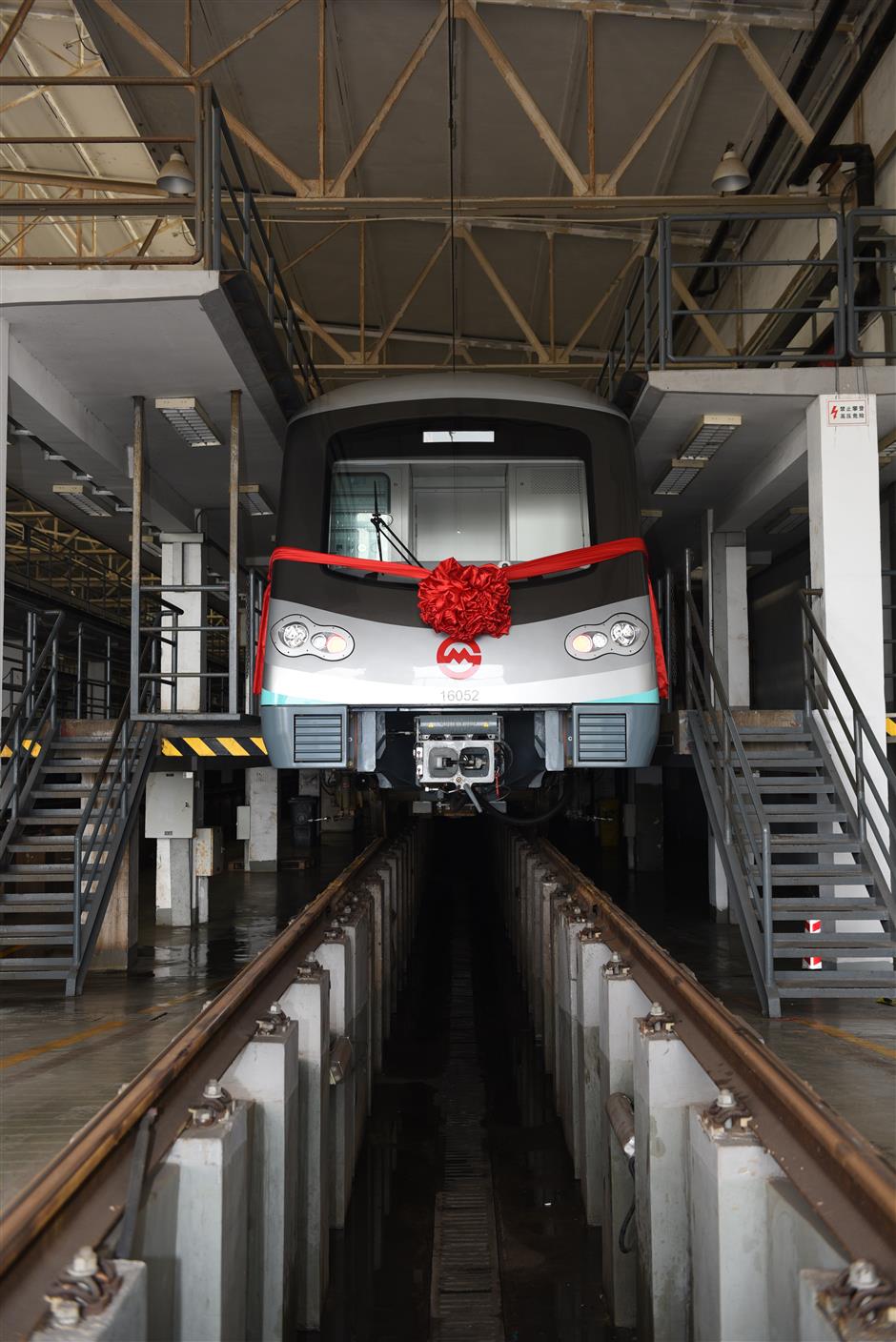 The 6,000th train to run on Shanghai’s Metro network was unveiled on Thursday, while the city continues to be a leader in China in terms of the number of Metro trains it operates.

The new train, with six carriages, will run on Line 16 in the Pudong New Area.

While 19 of the 33 trains operating on this line have only three carriages, the Metro company said all of them will be replaced with six-carriage trains by the end of September.

The new train has a capacity of 2,378 passengers, 120 percent more than trains with three carriages, according to the company.

This train is also "smarter" in that it can send wireless signals and diagnose its own technical problems, allowing repair workers to more efficiently and precisely address errors, the company said.

Shanghai Metro has been serving passengers since 1993, with the first train arriving in the city from Germany in October 1992.

Shanghai has 16 Metro lines at the moment, and the entire network is expected to exceed 830 kilometers by the end of 2020.

A carriage of the new train