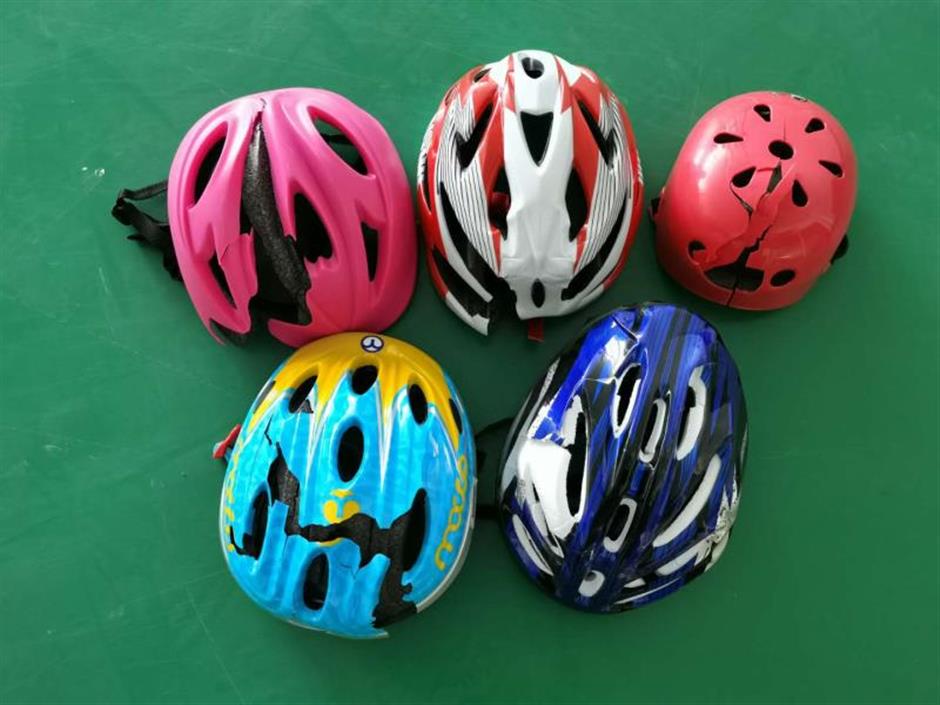 Children's helmets revealed to be substandard in tests by the Shanghai Administration for Market Regulation. 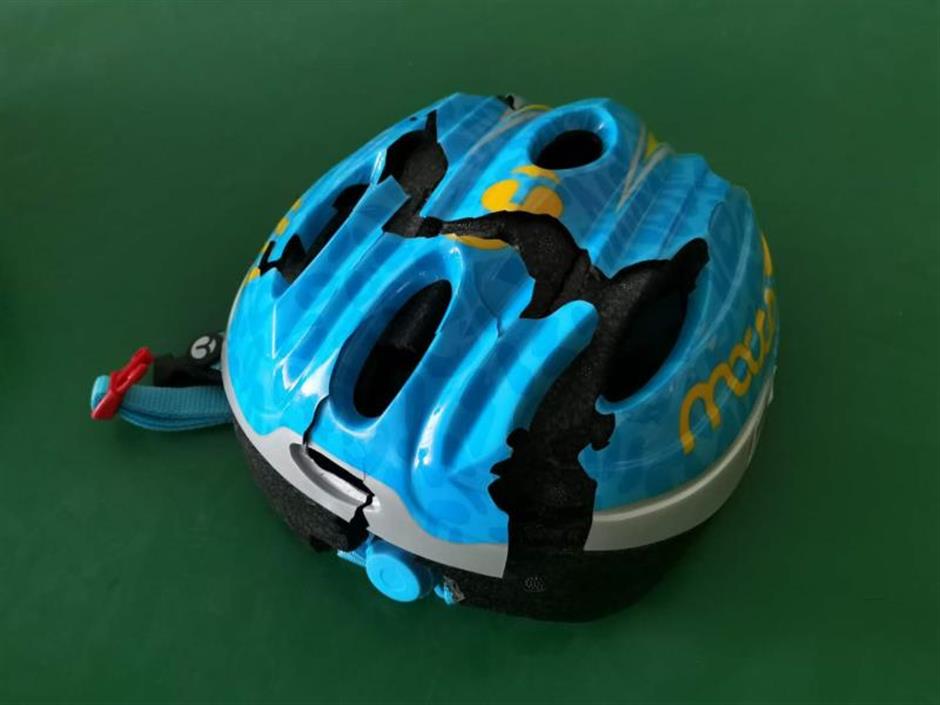 A children's helmet which broke in a test by the Shanghai Administration for Market Regulation.

Ten failed for stability and strength, with straps and other fittings at risk of becoming detached, and potentially causing suffocation in serious cases, said Lu Bing.

The Yaku, GUB, Hudora and Cougar brands were among those the substandard list, the council said.

Another three failed for collision performance, the council said, if children hit their heads hard on the ground after falling. These included helmets branded Woodpecker Healthcare, Povit and Hudora.

The national standard for helmets states that their weight must be marked and the gap between the real and marked weights should be below 30 grams.

Eight samples including the Lecoco and Hoopn brands, did not have their weight marked, the council said.

The Shanghai Administration for Market Regulation also announced its inspection results on children's helmets on Thursday.

A total of 32 batches of children's helmets were checked and almost a third failed for stability and structural strength.

Long Feng helmets and sold on online platform yhd.com and Migao Shaba helmets sold on Tmall.com had such problems, the administration said.

The administration ordered an immediate halt to sales of such products and refunds given.

The consumer council also checked 50 samples of children's shoes, with 20 bought online. They cost between 29.9 yuan and 1,083 yuan.

Six failed for attachments which were not well fixed, leading to potential risk of being swallowed by children. They included the Joy&Mario brand.

Children's shoes branded erellora and YeeHoo also had an excessive amount of PAE, the council said.

Excessive PAE, which is a plasticizer, can lead to early puberty in boys. 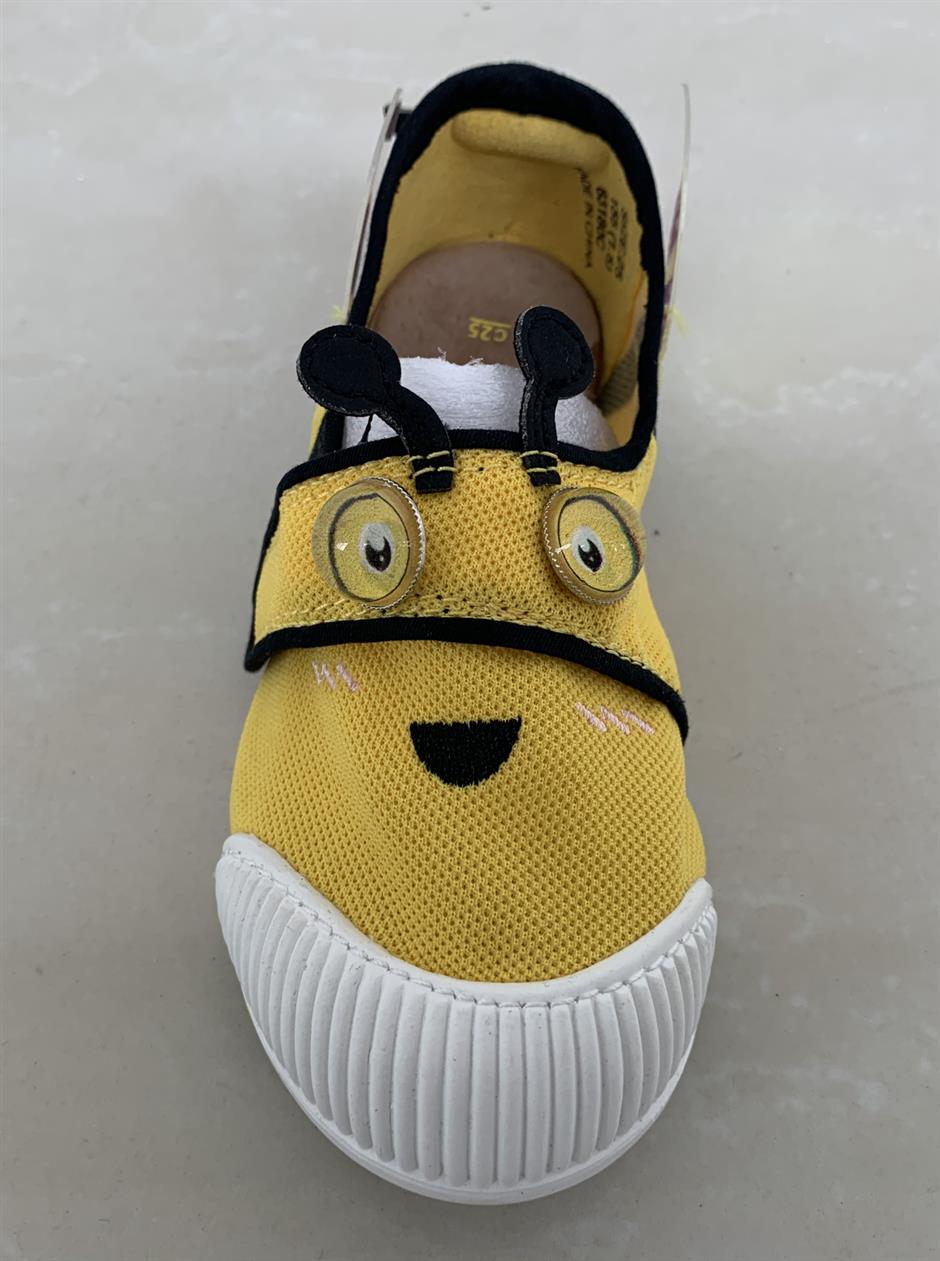 A shoe which failed tests run by the Shanghai Consumer Council.