WorldSkills flag taken to top of the world

When the Chinese surveying team reached the summit of Mount Qomolangma on Wednesday, they brought with them a flag for the WorldSkills International to the top of the world.

They also extended an invitation to the world to the 46th WorldSkills Competition, scheduled to be held in Shanghai next year.

Shanghai is now preparing for the biennial event, known as the “Olympics for skills.” The flag will be relayed in Chinese cities ahead of the event, while construction on a WorldSkills Museum will also kick off later. 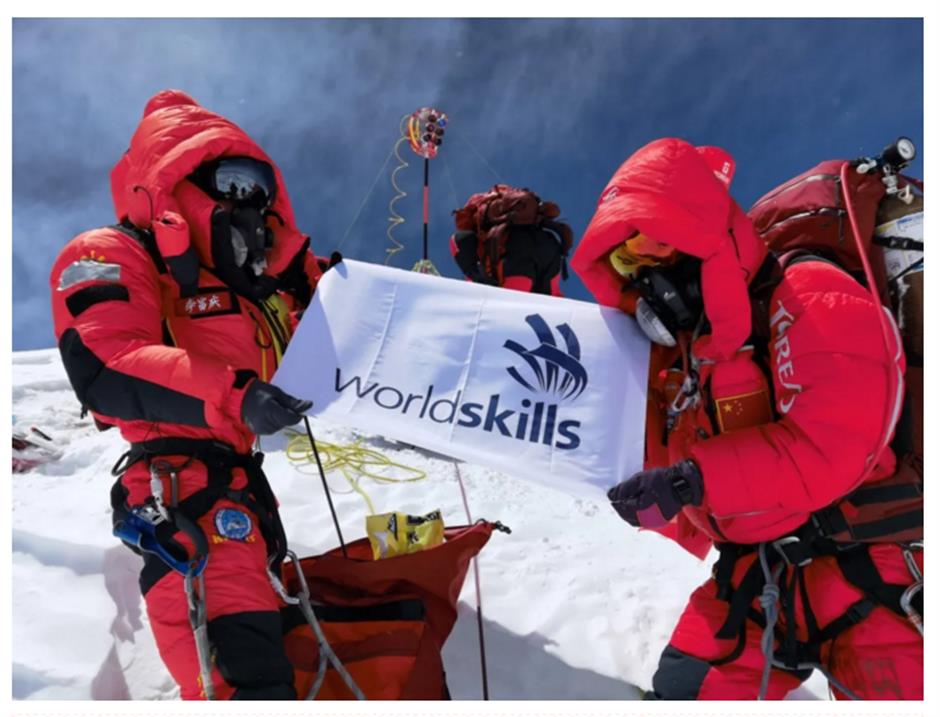