The park is a collaboration between Shimao Group and International Merchandising Promotions ＆ Services SA.

Located in the Sheshan National Tourist Resort, the park hopes to become a new cultural and tourist landmark in the city.

Covering an area of 30,000 square meters, it aims to offer visitors an immersive experience of adventure and fun with diverse entertainment facilities, performances, float parades and interactive games.

Well-known scenes from “The Smurfs” series are also recreated in the park with technologies like augmented reality and holographic projection.

In June, the park will raise the curtain for its summer carnival. Programs for orienteering, dragon boat races, water gun fights and fruit picking will be held.

Created by Belgian comic artist Peyo (the pen name of Pierre Culliford) in 1958, “The Smurfs” has impressed generations of audiences with its amusing storyline and characters. 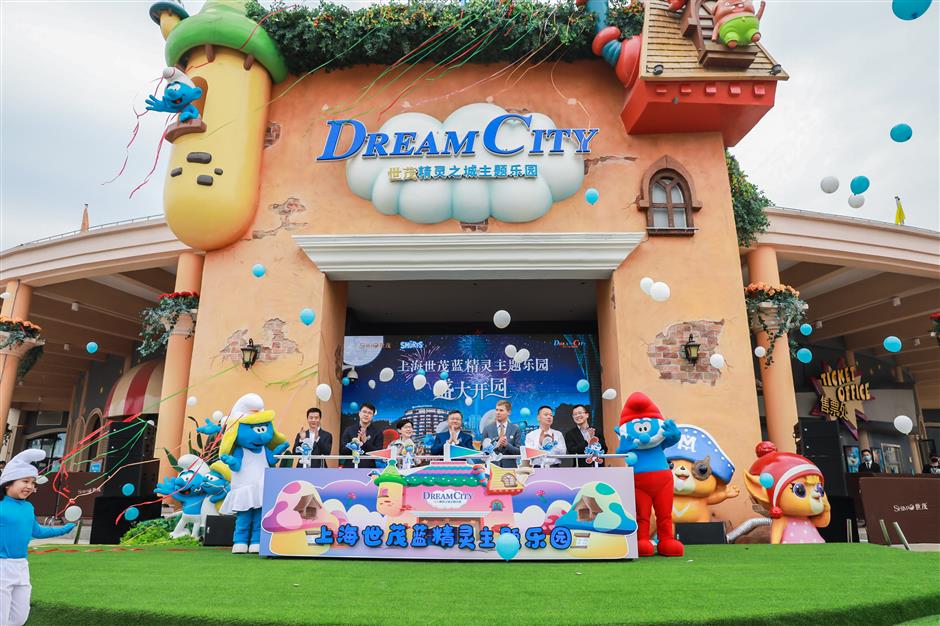 The first Smurfs Park in the Asia-Pacific region opens on Friday in Shanghai's Songjiang District.