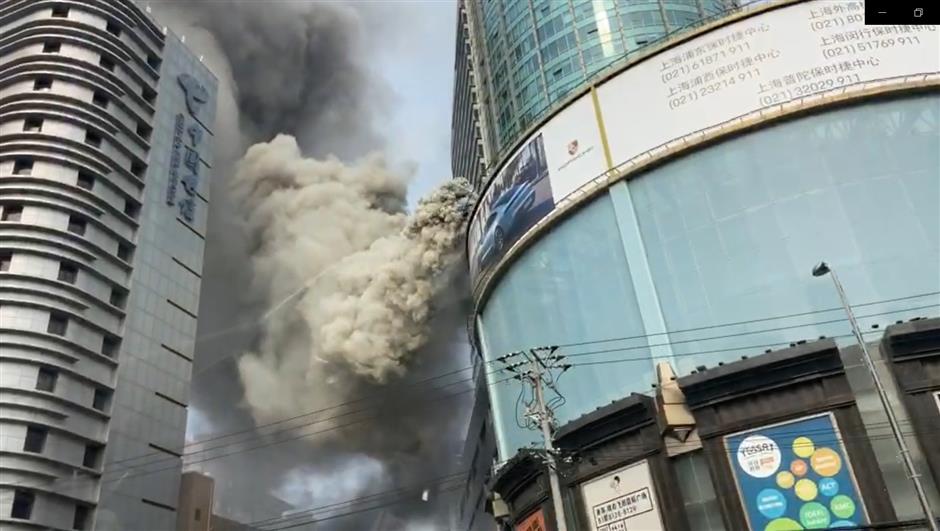 Clouds of smoke rise from the fire which broke out on Wednesday afternoon.

Three kitchen staff have been detained by the police following a fire in the Spicy Joint restaurant at Foxtown in Xujiahui on Wednesday, the fire authority of Xuhui District said on Friday.

No one was injured in the fire which broke out in the restaurant's kitchen on the fifth floor of the shopping mall at 3:29pm. It was extinguished 20 minutes later with more than 80 firefighters in attendance.

An investigation found the fire was caused when grease and dirt inside a smoke pipe ignited.

Three kitchen staff are alleged to have been at fault and an investigation has begun into the restaurant and the mall’s developer and property management firm for possible breaches of fire safety rules.

Smoke pipes at restaurants have to be cleaned frequently because of the danger of fire, the fire authority said. 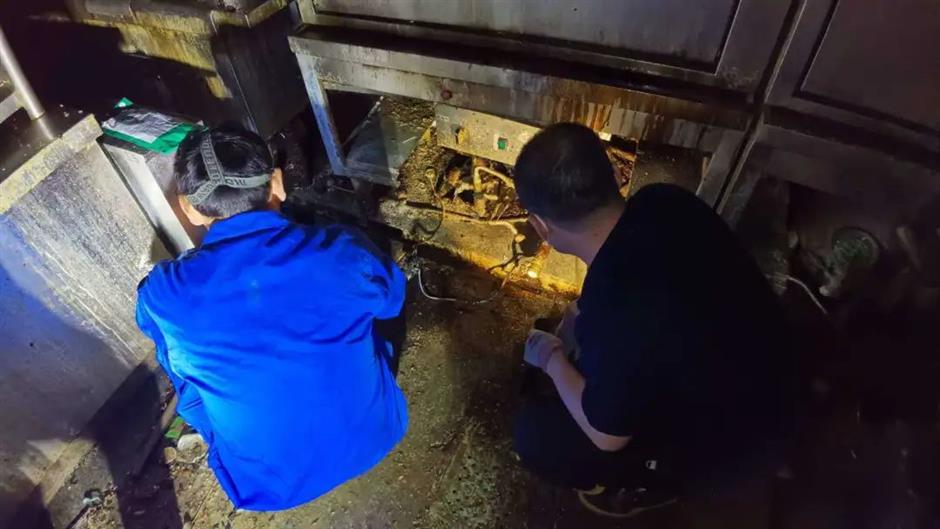 Fire authority officials investigate the cause of the fire.