Auspicious works of art were gifted to Japanese representatives on behalf of the city during an exhibition ceremony on Saturday to honor the friendship and understanding between China and Japan amid the COVID-19 epidemic.

The exhibition featuring local artist Zhang Guo'en will be open to the public for 10 days from Sunday at Jinqiao Biyun Art Gallery.

With the theme, “helping each other under the same roof,” a quote from the classic Mencius, a total of 50 pieces are on display bearing fortunate messages such as “Long life, peace.”

“I was touched and motivated by the support and solidarity," Zhang said. "I want to show my respect through my art for those fighting on the front line against the virus. It took me two months to finish these works, and I hope they can contribute to a closer relation with our neighbouring country."

After exhibitions in Shanghai and Osaka, most of the pieces will be given to Japanese organizations and enterprises who have reached out during the epidemic epitomising the close ties between the two countries.

Zhang, 63, is the fourth-generation disciple of maestro Wu Changshuo, one of the most acclaimed artists of the late Qing Dynasty.

Wu is also a symbol of deepening  Sino-Japanese communication, whose work has garnered wide recognition in Japan.

His style has greatly influenced and is cherished by generations of both Chinese and Japanese artists including Qi Baishi, Chen Banding, Kawai Senro and Nagao Uzan, who were also among Wu’s pupils. 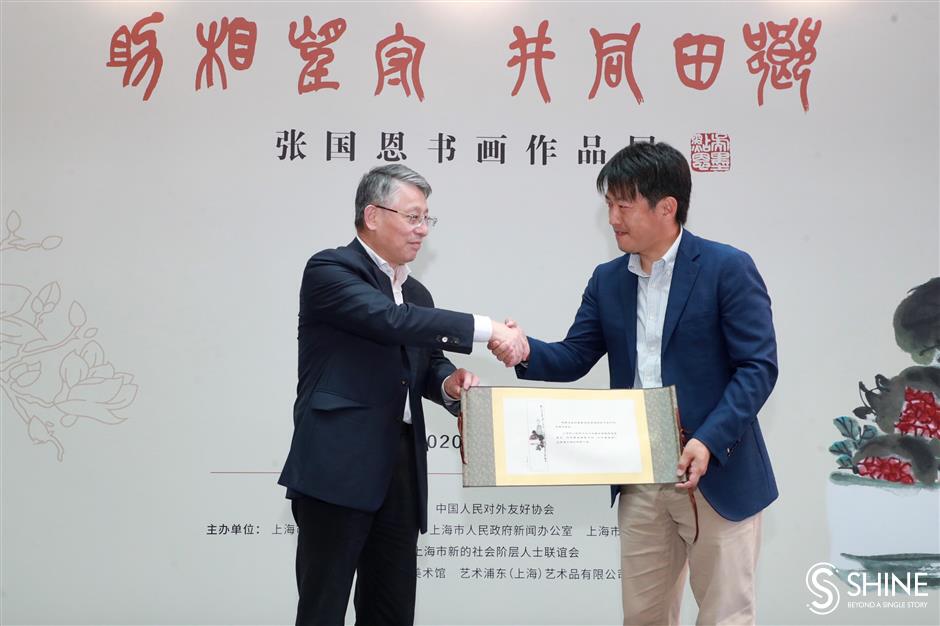 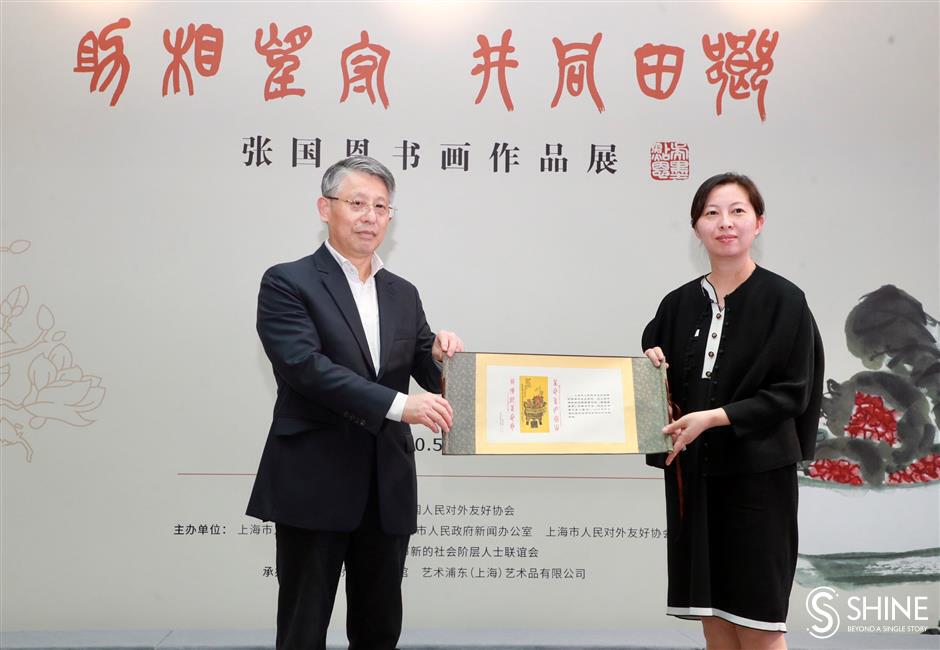 The painting "Prosperous Cathay", along with calligraphy work "Life matters," will be held by the Shanghai Municipal Archives after the exhibition.

“China and Japan are neighbors with strong mutual connections,"  said Sha Hailin, president of Shanghai People's Association for Friendship with Foreign Countries. "We sincerely hope these exhibits will bring warmth and consolation to those in difficulties and shed the light of hope."

Fukuda Takamoto, deputy consul general of Japan in Shanghai, added: "We are really grateful to receive such meaningful artworks from our Shanghai friends, which speak truthfully to the wishes from both sides. Cultural establishment begins with nourishment and communication."

The exhibition is supported by the Shanghai Foreign Affairs Office, Information Office of Shanghai and Shanghai People's Association for Friendship with Foreign Countries.

A seminar on the cultural communication and friendship between the two countries was also held after the ceremony, during which artists and professionals emphasized the power of art in carrying people through trying times.

“Art speaks to the deepest side of people’s heart and brings out our inner courage and natural feelings to combat difficulties and create a better future,” said Jing Ying, vice president of Shanghai People's Association for Friendship with Foreign Countries. 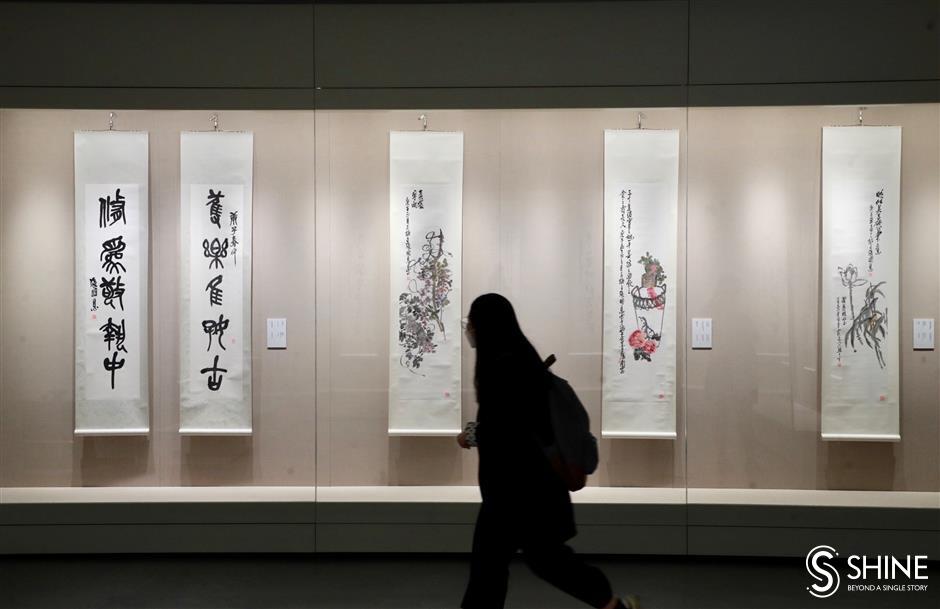 After exhibitions in Shanghai and Osaka, most of the pieces will be given to Japanese organizations and enterprises. 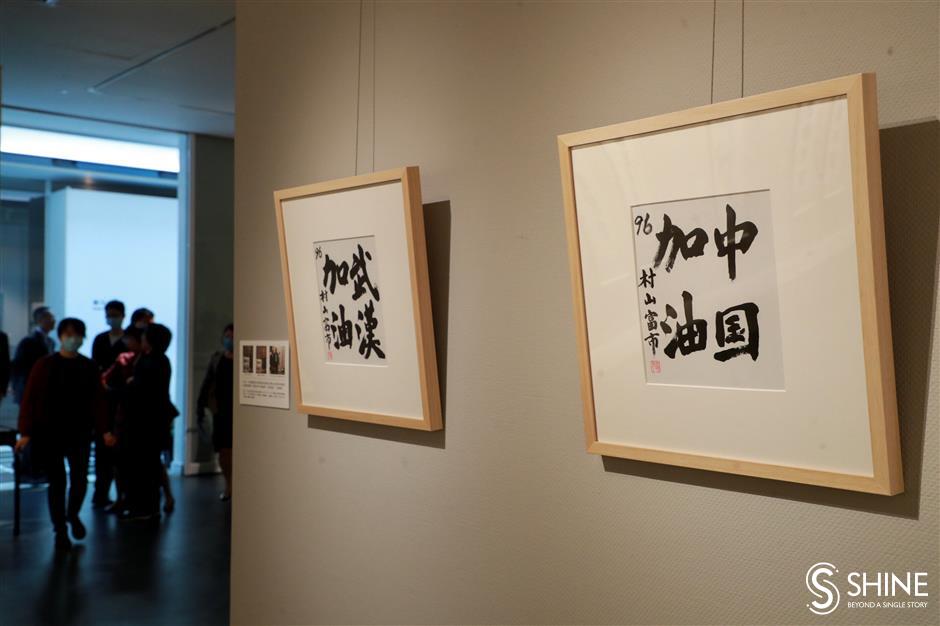 On February 5, Murayama Tomiichi, 96-year-old former prime minister of Japan, sent supporting videos to Shanghai amid the epidemic with his handwritings of Jiayou China, Jiayou Shanghai and Jiayou Wuhan. 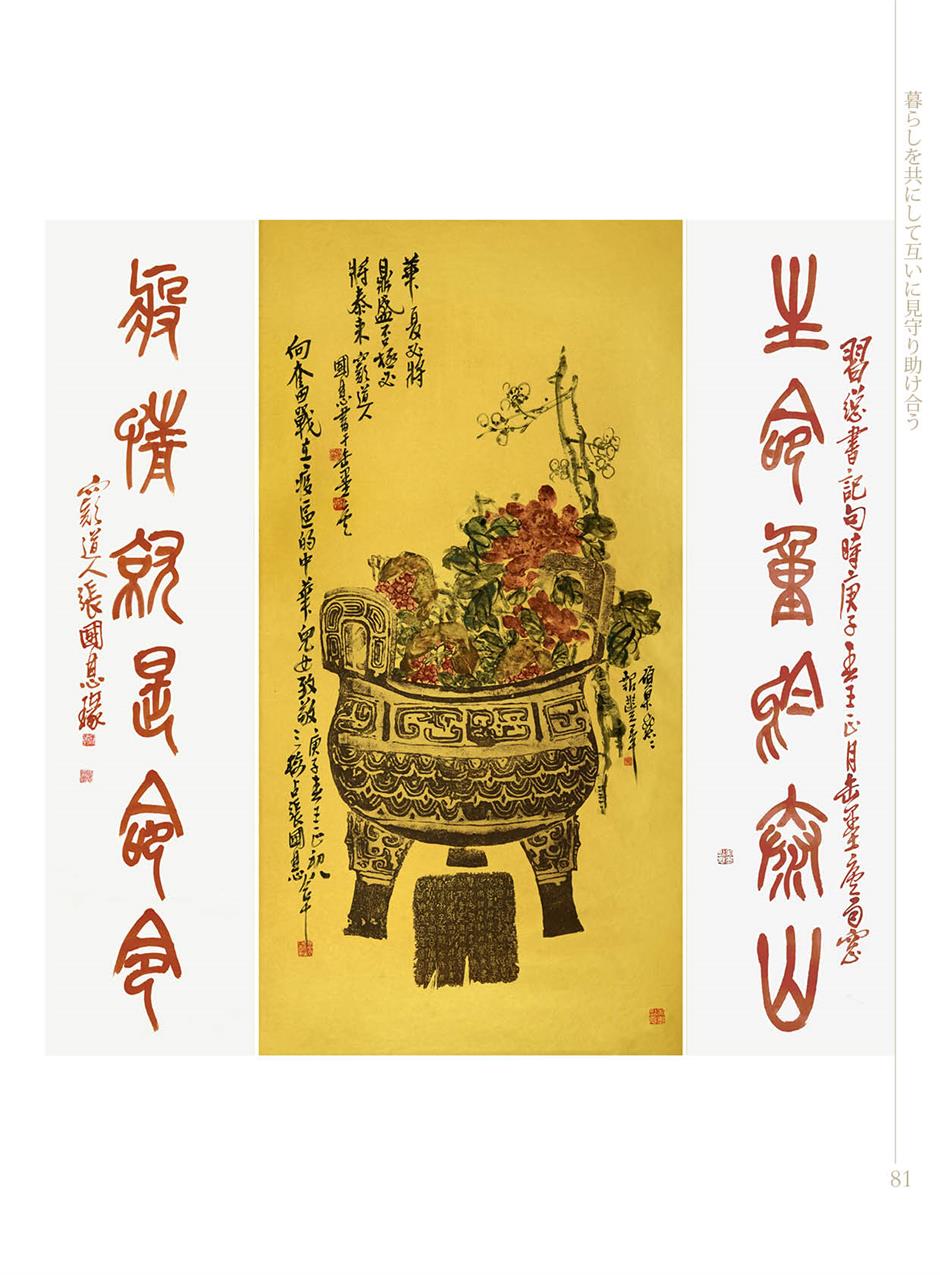