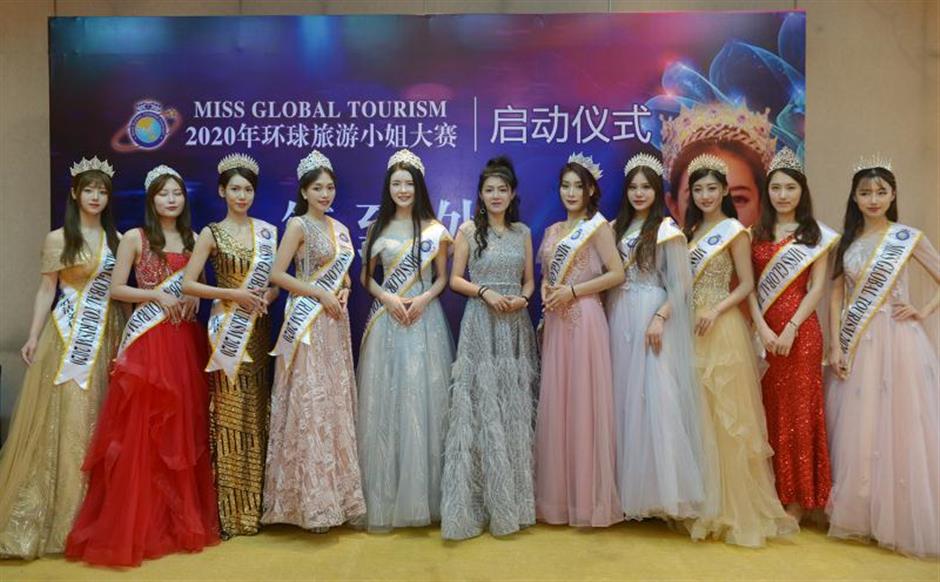 This year's pageant begins in Changning District over the weekend.

The 2020 Miss Global Tourism pageant was launched in Changning District over the weekend and will last till November.

The contest originating in Singapore in 2007 aims to promote the development of the global tourism industry and international exchange among tourist cities, its organizer said.

The China final of the pageant will be held in August in Hubei Province and the global final will take place in Hainan Province in November, depending on developments of the COVID-19 pandemic, its organizer said.

Competitions will also be held overseas, particularly in Belt and Road countries.