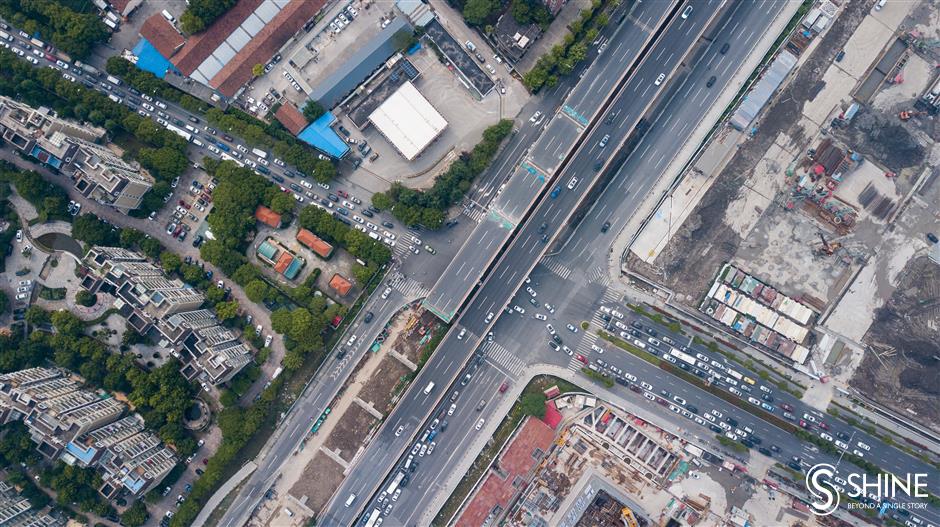 The intersection of Jiyang Road and Yangsi Road at 8am. This intersection is predicted to be one of the most congested due to the project.

Heavy congestion happened near the Oriental Sports Center in the Pudong New Area on Monday morning due to the Jiyang Road Expressway project.

Monday is the first workday since the road closures were put on force for the project which is to construct a 7.1-kilometer elevated expressway along Jiyang Road that connects Luheng Road, the Outer Ring Road, the Middle Ring Road and Lupu Bridge on the North-South Elevated Road.

Due to the reduction of lanes on Jiyang Road, which is a major thoroughfare in this area for people from Minhang District and this part of Pudong to travel to the west part of Shanghai, congestion on nearby streets was significantly stepped up.

Cars started to line up on Yaohua Road, Changqing Road, Shangnan Road and Huaxia Road W. at as early as 6:30am, while congestion worsened from 7am, especially on Yaolong Road and Changqing Road, two major roads parallel to Jiyang Road, in the direction from south to north.

Some motorists got stuck in the middle of the intersections as they were uninformed of the traffic changes, which added to the congestion.

Over 130 police officers and their assistants were deployed in the area to smooth out the traffic, while only 10 worked in the area on normal days, according to Pudong police.

As some people started to commute by the Metro instead of driving, more passengers took the Metro trains on Monday morning from Luheng Road station on Line 8, with crowd restriction measures taken at Luheng Road, Lingzhao Xincun and the Oriental Sports Center stations.

Street congestion and Metro station rushes started to be relieved from 8:30am.

Police said they expected the streets to be less congested in time as more motorists are informed of the road closures, but the situation on Monday morning was not worse than they expected.

Pudong police also are to fly drones on Monday mornings and Friday afternoons over the area to analyze the traffic for possible changes of the traffic arrangement.

Motorists are advised to cross Huangpu River via other roads such as Xizang Road Tunnel and Nanpu Bridge instead of Lupu Bridge, to use the P+R options or to take the Metro. 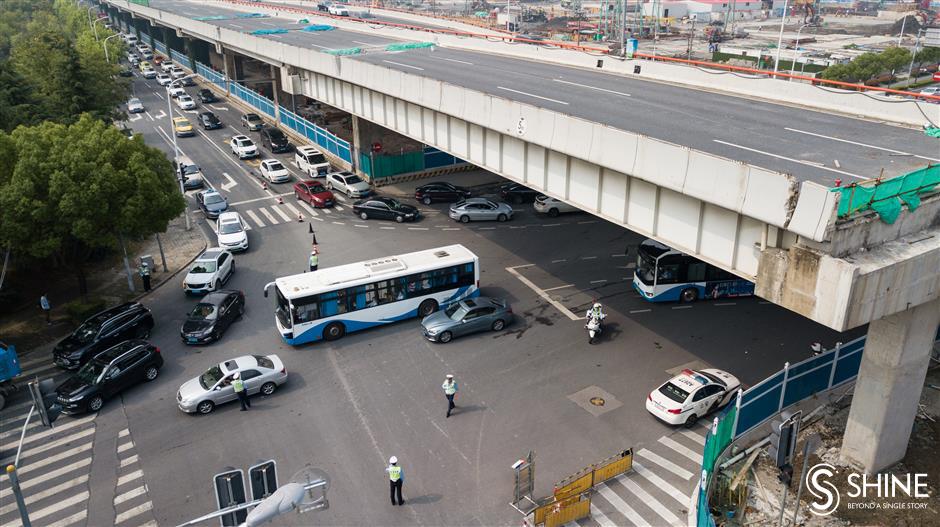 The intersection of Jiyang Road and Yangsi Road at 8am. 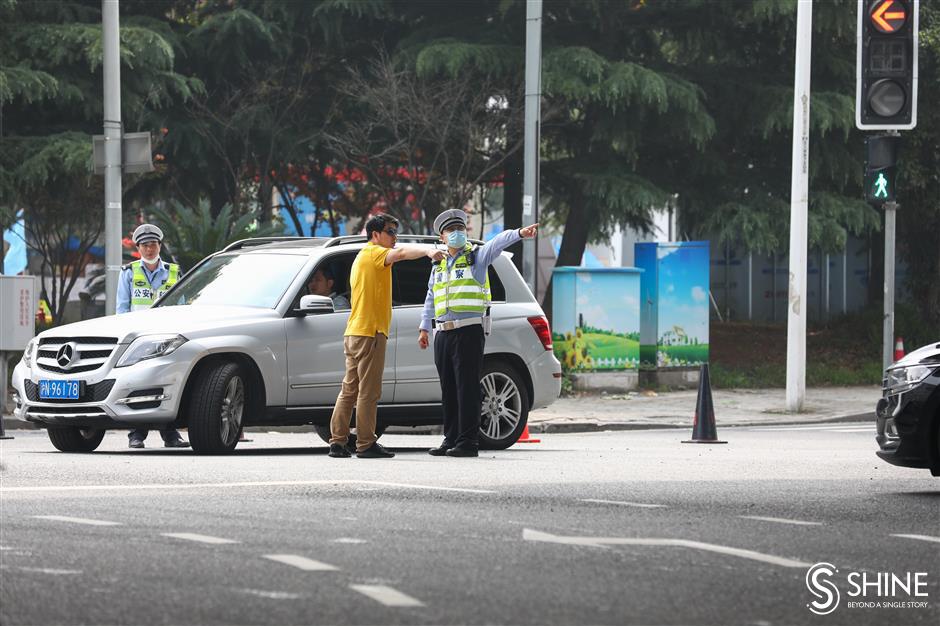 A person gets off from the car and asks a police officer at the intersection about directions. 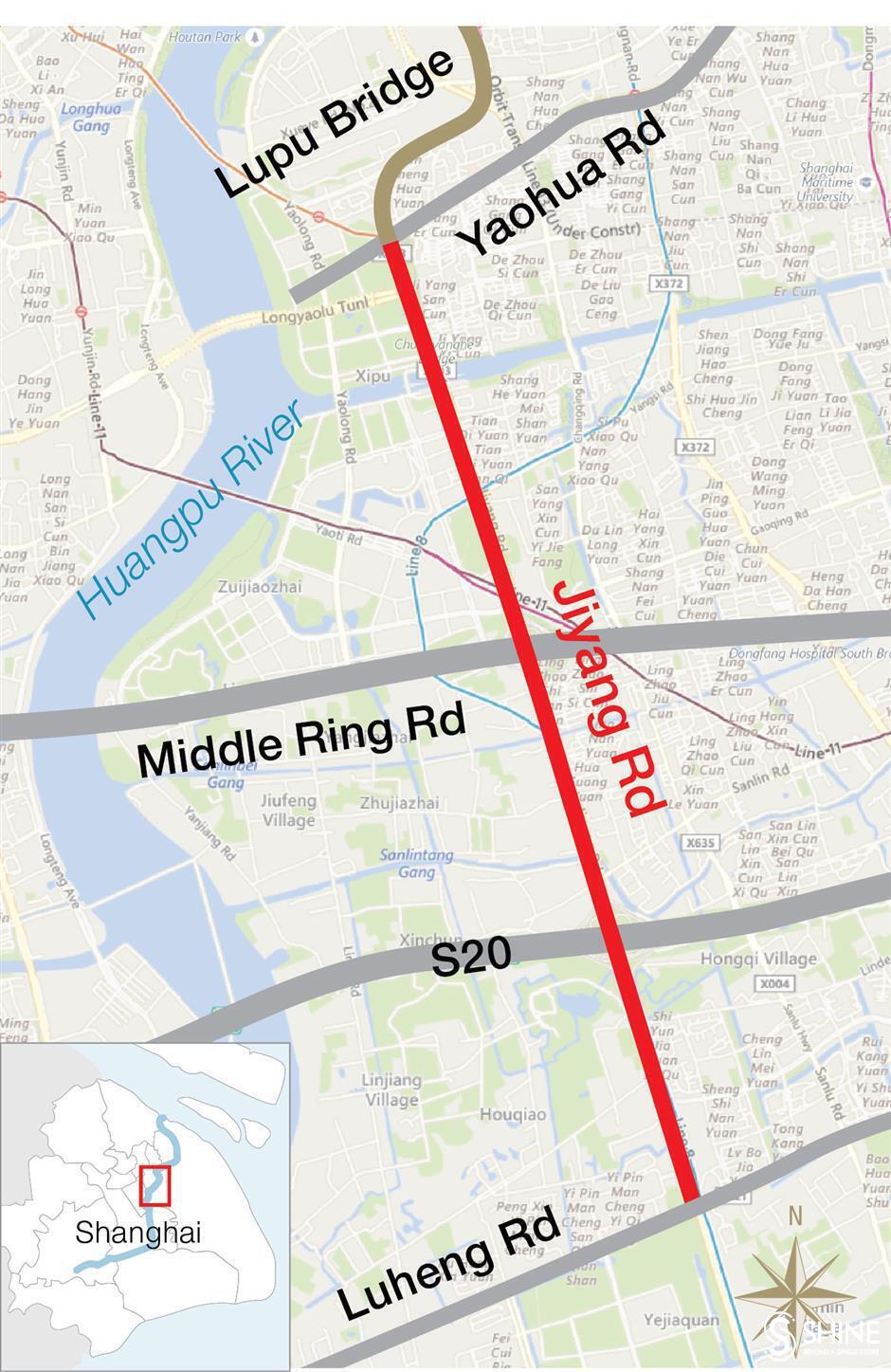 The location of the Jiyang Road Expressway project.